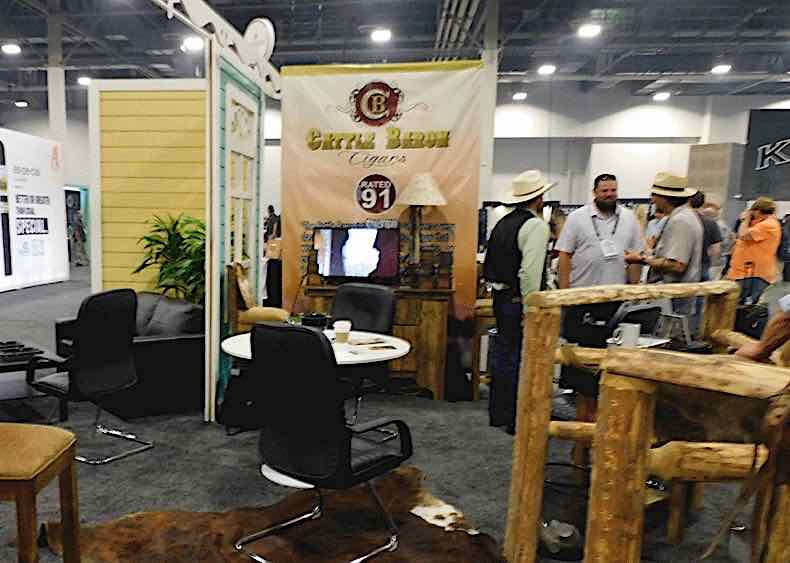 Cattle Baron Cigars is best described as a small company with a big heart. If you aren’t familiar with Cattle Baron Cigars, it was founded by Bryan Mussard, a well-known figure in the cattle industry. He served as President of the Montana Stockgrowers Association. Back in 2016, he teamed up with Phil Zanghi and the team at the De Los Reyes factory to produce his brand Cattle Baron Cigars. 2021 marked the fifth trade show for Bryan and his company.

Once again Cattle Baron was one of the companies that were a part of the De Los Reyes booth at the 2019 PCA Trade Show. Unfortunately, we could not connect with Bryan this year to talk because he needed to focus on the steady flow of traffic in his booth.

While there wasn’t new product to showcase, Mussard continued to promote his two main lines: Cattle Baron (Natural) and the Cattle Baron Maduro (introduced in 2019). The cigars have remained incredibly consistent and have been some of the best offerings out of De Los Reyes.