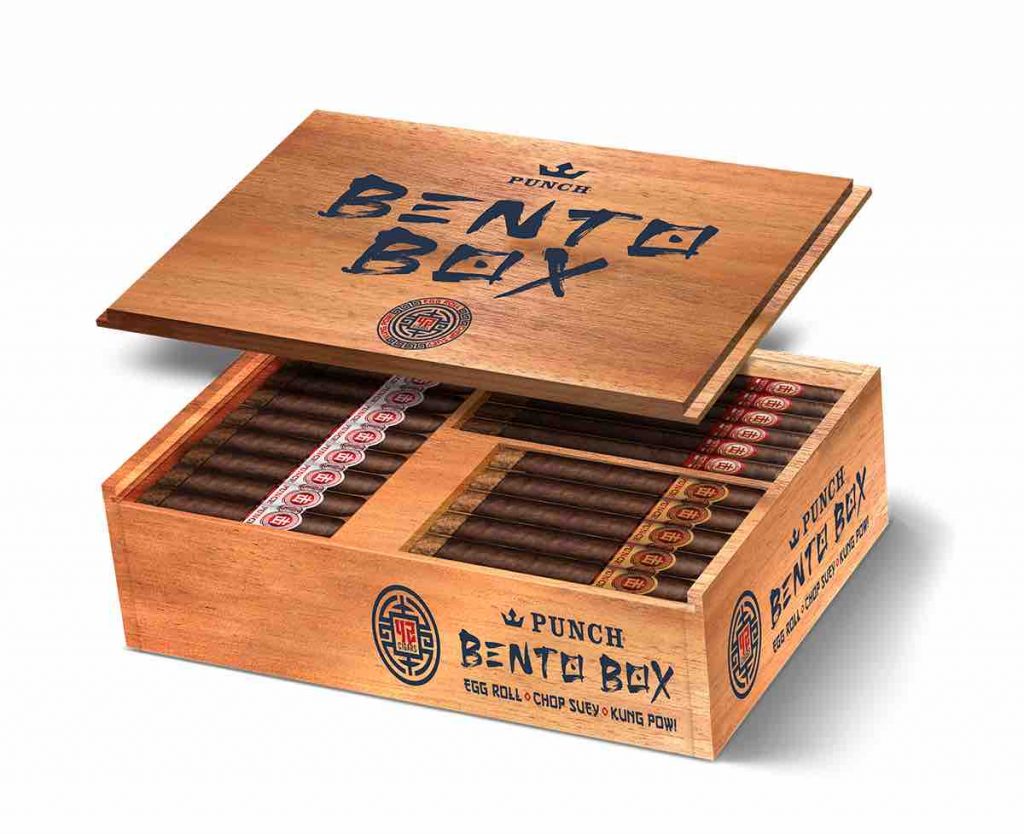 General Cigar Company has announced a new limited edition, brick and mortar exclusive offering known as the Punch Bento Box. This will contain the three Punch “Year of the Zodiac” releases from 2019, 2020, and 2021.

Finally, Punch Kung Pow! is a 6 x 52 Robusto featuring a Connecticut Broadleaf wrapper over a Honduran Habano binder and fillers from Brazil, Honduras, Mexico, and the Dominican Republic. Pricing for the Kung Pow! is $5.99 per cigar.

In a press release, Ed Lahmann, senior brand manager for Punch cigars said, “Just like a true Bento Box that hits all of the major food groups in one package, our version brings together all of our Zodiac releases in one creative and great looking box. Each of our Zodiac releases were fast sell-outs at retail, due to their fantastic blends and incredible value. Bento Box is being released in a very limited quantity, so they’re sure to be gone in a flash from cigar shops.”

Production for all three cigars is handled at the Honduran American Tobacco S.A. (HATSA) factory in Danlí, Honduras.