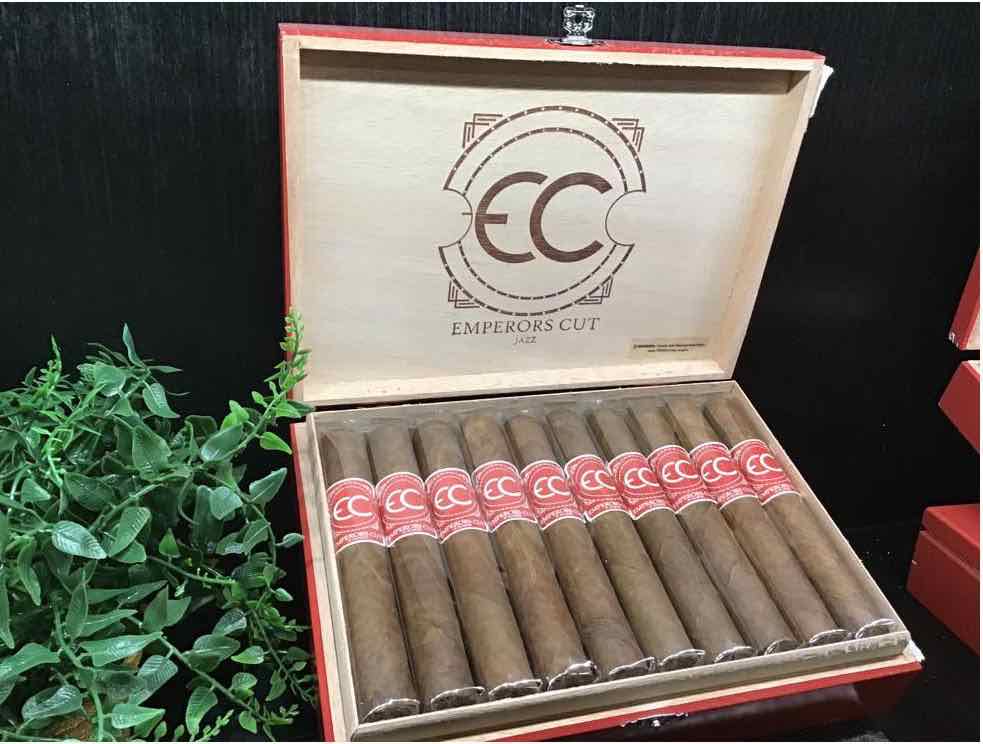 One of the first-time exhibitors at the 2021 Premium Cigar Association Trade Show was Emperors Cut Cigars. The company was one of nine cigar companies that exhibited in the Sutliff Tobacco pipe booth. Over the past 18 months, Sutliff has quietly been bringing on smaller cigar companies to handle its distribution. Emperors Cut was probably the only one of these companies to actually make a public announcement that it was working with Sutliff for its distribution.

Emperors Cut did not announce any new products prior to the Trade Show. Instead, the company chose to showcase its two lines. The first of those lines is Natural Pleasure. Produced in Nicaragua, Natural Pleasure consists of a Colorado Maduro wrapper, Ecuadorian binder, and fillers from Estelí, Nicaragua. The cigars are available in four sizes.

The other line is the Emperors Cut Jazz Series. This was introduced back in 2020. The Jazz Series features an Ecuadorian Sumatra Sun Grown (Colorado Maduro) wrapper over an Ecuadorian binder and a combination of Nicaragua, Peruvian, and two Dominican tobacco leaves from the Cibao Valley. The cigars are available in three sizes. Production is handled at the La Aurora S.A. facility in Estelí, Nicaragua in conjunction with Manuel Inoa.