Agile Cigar Reviews are cigar assessments where we use a lightweight, shorter format. These will never take the place of our comprehensive reviews. They are only used on blends we have previously assessed. This might be a blend we are re-scoring or giving a score for the first time. It might be a blend we are looking at in a different size. Today we look at the CAO Zócalo Robusto. This is a cigar previously assessed multiple times most recently in the Gigante size back in April 2019. 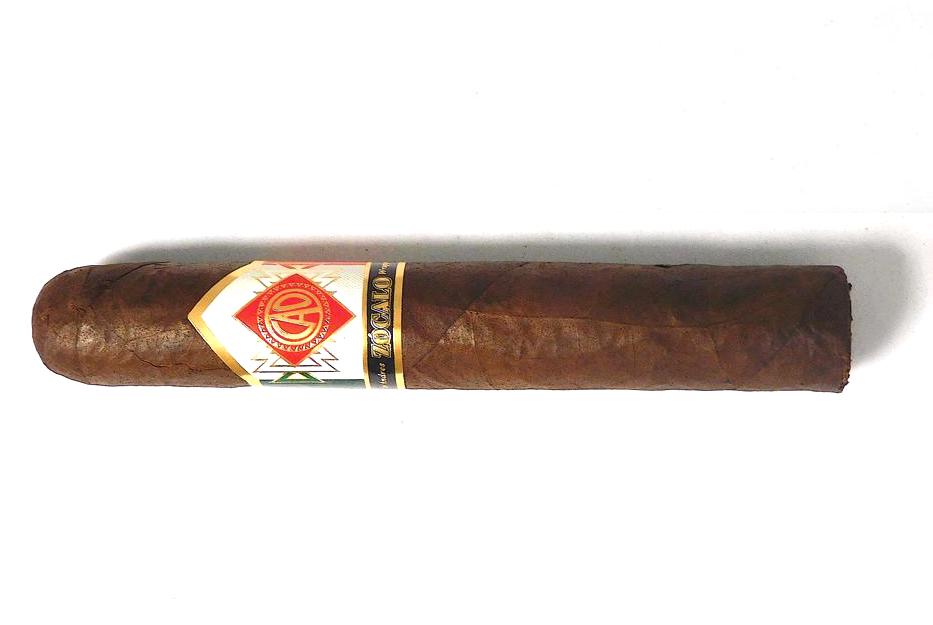 Early in 2021, General Cigar Company announced the return of the CAO Zócalo as a regular production offering. The Zócalo was first released as a limited offering in 2018 and would actually become the first Mexican-wrapped cigar under the CAO umbrella. Zócalo is a term used to define a public square located in the center of a city. These are common in many Latin American cities, especially Mexico. In Mexico City, the city’s large Plaza de la Constitución is sometimes referred to as the Zócalo. In the case of the CAO Zócalo, the name is appropriate for this Mexican-wrapped cigar. Originally the 2018 release was done in one size -a. 6 x 60 Gigante. The 2021 regular production release would come in three sizes with all-new packaging. Today we take a look at one of the three sizes, the 5 x 50 Robusto.

When the CAO Zócalo was first released in 2018, the Mexican wrapper used on the CAO Zócalo was described as a special Morron wrapper grown in the San Andres Valley in Mexico. The blend also utilizes a Cameroon binder and a filler of Nicaraguan tobaccos. The cigar itself is produced in Nicaragua at General’s STG Estelí factory in Estelí. In addition to the Robusto and Gigante size, a new 6 x 50 Toro was also added.

The CAO Zócalo Robusto opened up with notes of mocha (a fusion of coffee and chocolate) and earth. As the cigar moved through the opening phases, a blackberry sweetness that I remembered from the Gigante emerged along with some notes of cedar and white pepper. Some of that sweetness and pepper also carried over into the retro-hale. The mocha and blackberry were the primary notes early on. As the cigar moved into the second third, the mocha and blackberry notes diminished and the earth notes took over. There was an increase in pepper and cedar, but neither took control. By the last third, there was still some residual blackberry sweetness, but the mocha had pretty much dissipated.

While I remember the Gigante increased in strength, the Robusto held steady at medium strength. On the other hand, the body started out medium and by the second half, this progressed to medium to full. Both the burn and draw scored nicely. This was a cigar that required few touch-ups and the draw had a touch of resistance – something that I like.

Overall, the CAO Zócalo Robusto performed well and was enjoyable. While I have not smoked the Gigante in the re-release, I cannot help but say the original 2018 Gigante of the CAO Zócalo was still a superior cigar. Nonetheless, this is still a solid cigar at a decent $7.99 price point. It’s a cigar I could recommend to an experienced cigar enthusiast or a novice looking to graduate to something medium-plus. As for myself, it’s a cigar I would buy and smoke again.