Agile Cigar Reviews are cigar assessments where we use a lightweight, shorter format. These will never take the place of our comprehensive reviews. They are only used on blends we have previously assessed. This might be a blend we are re-scoring or giving a score for the first time. It might be a blend we are looking at in a different size. Today we look at the 2021 of Sensei’s Sensational Sarsaparilla in the Belicoso size. This is a cigar previously assessed back in February 2015. 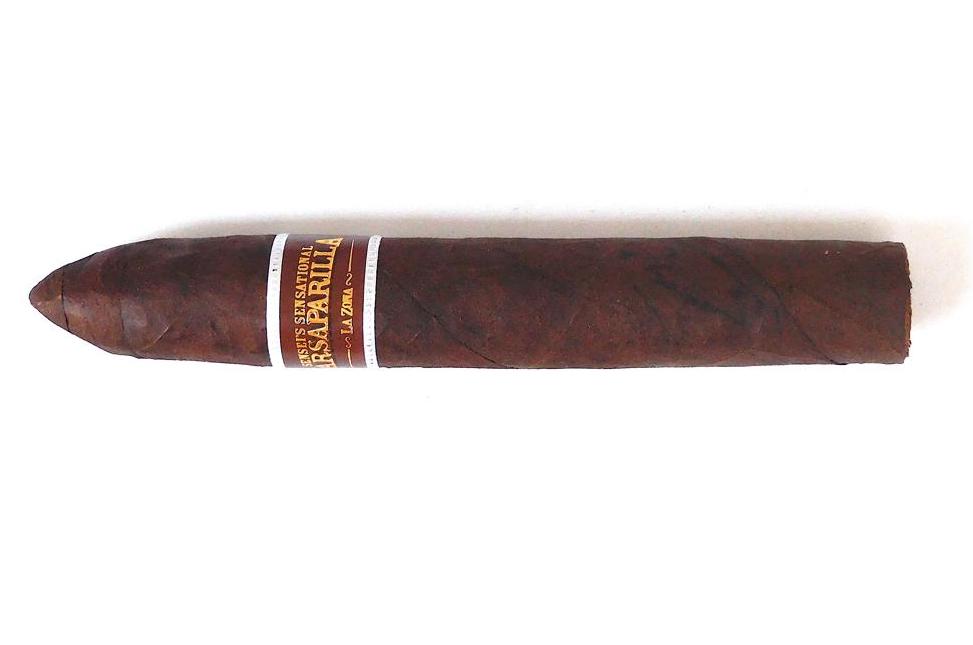 Over the past eight years, the folks at Cigar Dojo have teamed up with various manufacturers for a series of limited releases. For the most part these releases have been small-batch store exclusive or event cigars. At the same time, some of these releases (Drew Estate, Camacho, Davidoff, RoMa Craft Tobac) have eventually gotten promoted to full releases. In 2021 one of the earliest Cigar Dojo collaborations became a national release – Sensei’s Sensational Sarsaparilla, a release done in conjunction with Espinosa Cigars. Sarsaparilla made its debut in 2014 as was actually the second Cigar Dojo collaboration. Sarsaparilla was a very popular beverage in the Old West and was often believed to be a remedy for a number of health conditions. Sarsaparilla is a drink that is still popular today in certain Southeast Asian countries because of its distinct and complex flavor.  Cigar Dojo founder Eric Guttormson said the name was derived because the cigar exhibits the flavor of the beverage. Today we take a closer look at the 2021 release of the Sensei’s Sensational Sarsaparilla in the Belicoso size.

Blend-wise, Sensei’s Sensational Sarsaparilla features a Mexican San Andres wrapper over all-Nicaraguan tobaccos. The cigar was released in a 5 1/2 x 52 Belicoso size – a size that is less common in the Espinosa Cigars portfolio these days. It is worth noting that there was also a Sensei’s Sensational Sarsaparilla II release in the form of a 6 x 50 Toro – the Toro size was not re-released for the 2021 national release. The 2021 release is packaged in ten-count boxes. However, the original release was packaged in ten-count bundles.

Sensei’s Sensational Sarsaparilla started out with a mix of chocolate, cream, cedar, and mixed pepper. Some licorice notes quickly emerged and moved into the forefront with the chocolate notes. The licorice was also present on the retro-hale. During the second third, the chocolate notes morphed into a natural tobacco note. The licorice diminished into a secondary note with the pepper, cedar, and earth notes while the creaminess dissipated. The natural tobacco remained a primary note for the duration of the smoking experience. The second third saw an increase in the earth and pepper notes. The pepper increased on the final third, but didn’t cross the threshold into a primary note.

The flavors produced by Sensei’s Sensational Sarsaparilla were medium-bodied countered by medium strength. The burn did require several touch-ups as it was prone to some occasional meandering. Meanwhile, the draw had a touch of resistance to it – making it ideal in my book.

One thing I can say is that while I never thought Sensei’s Sensational Sarsaparilla tasted like a sarsaparilla beverage, it does have a unique sweetness for a cigar – especially on the first third. This sweetness I found to be enjoyable. As the cigar moved into the second half, the flavor profile became a little more ordinary, and slightly muddled at times. At $10.00, this is still a nice cigar. It’s one I could recommend to any cigar enthusiast. As for myself, it’s one I would buy and smoke again.