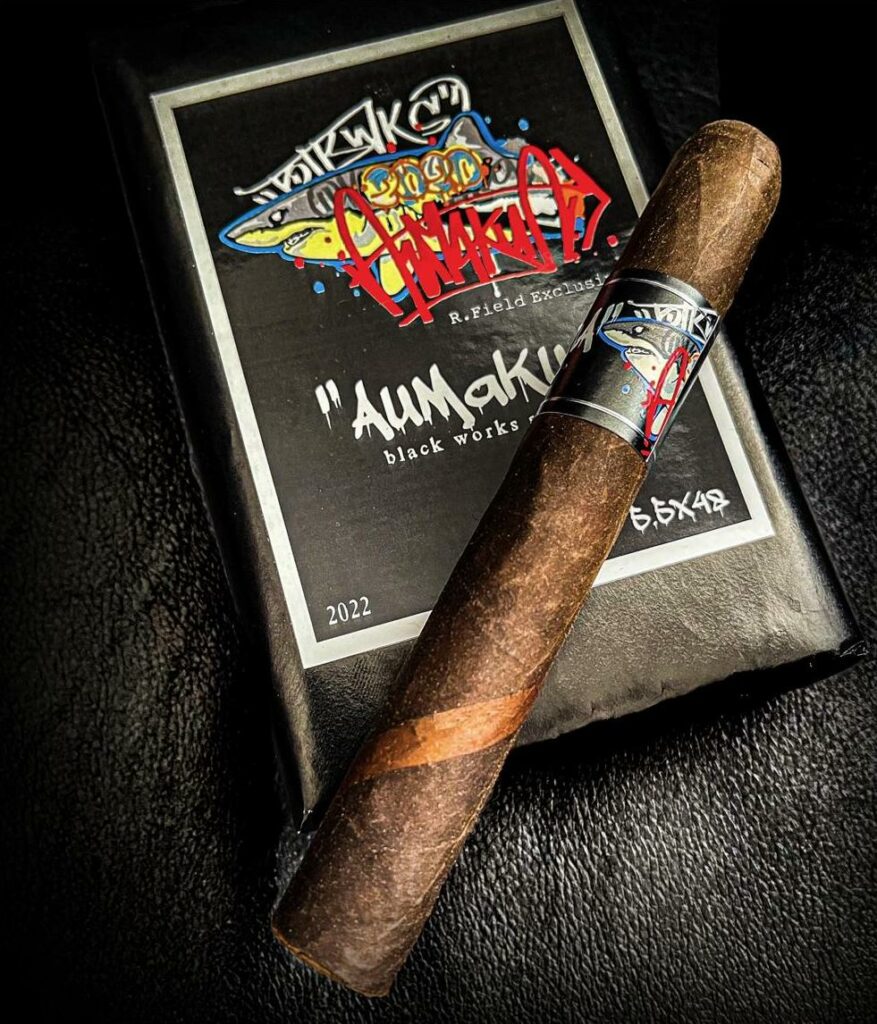 Oveja Negra Brands has announced another exclusive release for the Hawaiian market, the Black Works Studio Aumakua. It’s a cigar produced at Fabrica Oveja Negra and will be sold exclusively at R. Field Wine Company in Honolulu, Hawaii.

The cigar features a dual wrapper of Mexican San Andres and Ecuadorian Sungrown leaf. The remainder of the blend consists of an Ecuadorian Habano wrapper and all-Nicaraguan fillers. The cigars come in one size – a 5 1/2 x 48 Robusto vitola. The cigars are presented in ten-count boxes. Pricing is set at $10.00 per cigar.

“Aumakua is an exclusive For R. Field Wine Co. After much anticipation we are excited to release this for a second time,” said James Brown, creator of BLTC and partner at Fabrica Oveja Negra.

At a glance, here is a look at the Black Works Studio Aumakua: