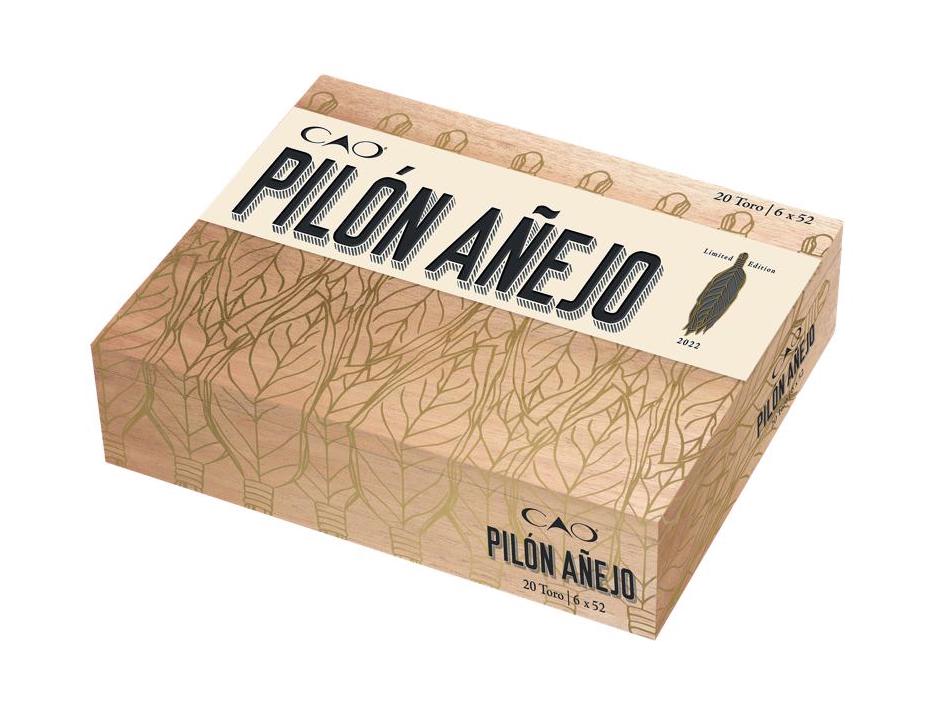 General Cigar has announced a new limited edition cigar under its CAO brand known as CAO Pilón Añejo. It’s a cigar that follows the original CAO Pilón in that it uses tobaccos fermented in circular-shaped pilóns.

Fermenting in circular pilóns is an old Cuban technique. Most tobacco is fermented by arranging tobacco in large rectangular stacks called pilóns. The circular process is a more costly one to execute and maintain and as a result, this technique was largely abandoned by many factories. A few years ago, CAO’s Rick Rodriguez began experimenting with tobaccos aged in circular pilóns and worked to develop the CAO Pilón. Now the CAO Pilón Añejo is another blend using this technique that comes to market.

CAO Pilón Añejo features a completely different blend than the original CAO Pilón. The blend features an Ecuadorian Sumatra wrapper over Honduran Habano binder and Dominican and Nicaraguan fillers. The cigars are available in three sizes – each packaged in 20-count boxes. A total of 5,000 boxes are being released for the U.S. market. Production comes from STG’s HATSA factory in Danlí, Honduras.

In a press release, Rick Rodriguez, CAO’s blender/ambassador commented, “With CAO Pilón Añejo, we’ve combined pilón fermentation which does such incredible things to the tobacco, with a full two years of aging of the finished cigars. Together, these methods add a whole new dimension to the blend. We’ve ultimately created a layered smoking experience that we could not have achieved through any other processes. This cigar is just a pleasure to smoke, and the team and I are really proud of it.”

Rodriguez has recently announced he is retiring from General Cigar at the end of April. The CAO Pilón Añejo is also slated to ship in April.

At a glance, here is a look at the CAO Pilón Añejo: