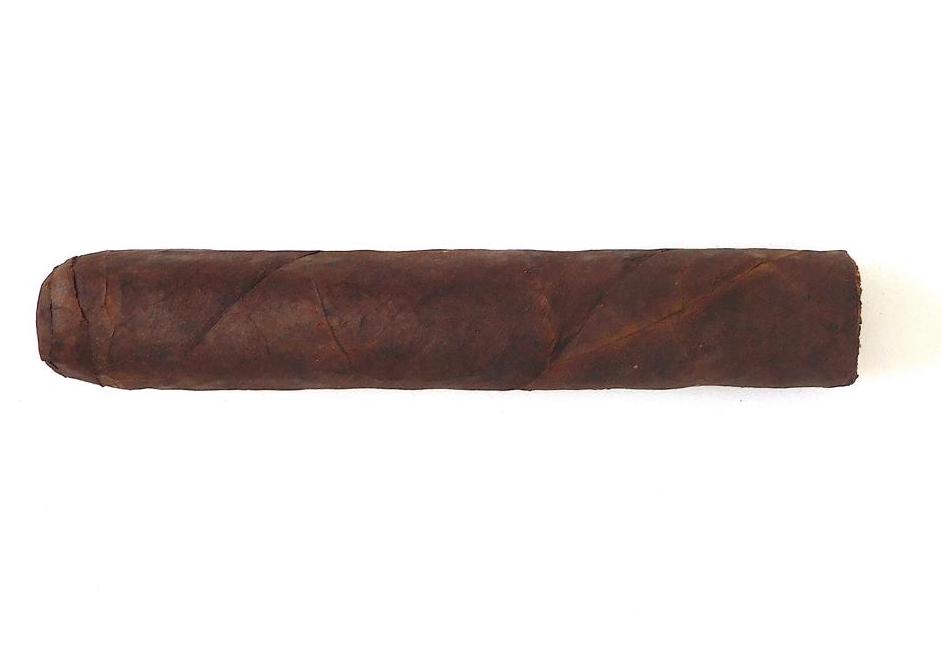 In 2021, Scandinavian Tobacco Group (STG) made a major change in its portfolio of premium cigar brands. Previously, the premium cigar brands were under General Cigar Company, but 2021 saw STG split off several brands that were under General Cigar Company into a separate subsidiary known as Forged Cigar Company. Forged Cigar Company would have its own sales and distribution. The brands moved into Forged included Partagas, Diesel, La Gloria Cubana, Chillin’ Moose, and Bolivar. Shortly after the split, El Rey Del Mundo, a brand that was previously distributed through Santa Clara, moved into the Forged portfolio as well. This brand would include two blends – a Natural (Sumatra) and Oscuro (Connecticut Broadleaf). Today we take a closer look at the El Rey Del Mundo Oscuro in the Robusto size.

El Rey Del Mundo is a brand that can trace roots back to 1848 in Cuba. Like some Cuban brands, and non-Cuban version of the brand emerged following the Cuban revolution. That version was produced by Villazon & Co in Honduras. In 1996, Frank Llenza who owned Villazon would sell to General Cigar Company. Eventually, the distribution for El Rey Del Mundo would move to Santa Clara. It was sold in JR Cigar online and retail outlets and was sold through Santa Clara. The distribution changed to Forged Cigar Company in 2021 where the brand is expected to get a big brick & mortar retail push.

Without further ado, let’s break down the El Rey Del Mundo Oscuro and see what this cigar brings to the table.

The Connecticut Broadleaf wrapper of the El Rey Del Mundo Oscuro Robusto had a rugged look and a roasted coffee bean color. There wasn’t much in the way of oil on the surface of the wrapper. There were some visible veins and visible wrapper seams. 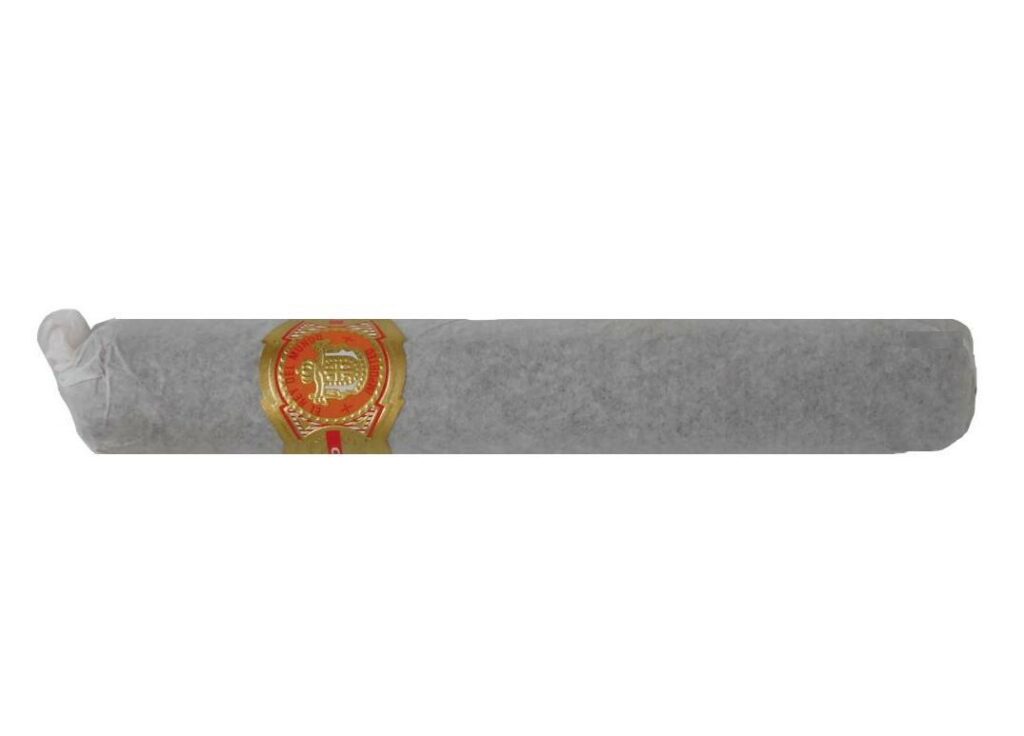 The El Rey Del Mundo Oscuro is wrapped in tissue paper. There is no band on the cigar itself, but the band is placed over the tissue paper. The band is mostly gold in color. On the center of the band is a yellow-orange circular field. On the field sits a gold-colored coat of arms. To the left of the coat of arms is the text “HAND” in white font on a red field. The right of the coat of arms has the text “MADE” – also in white font on a red background.

After removing the tissue paper covering the El Rey Del Mundo Oscuro Robusto, a straight cut was used to remove the cap of the cigar. Once the cap was removed, it was on to the pre-light draw. The cold draw delivered a mix of mocha (a fusion of coffee and chocolate), cedar, and some earth notes. Overall this was a satisfactory pre-light draw. At this point, it was time to toast up the foot of the El Rey Del Mundo Oscuro Robusto and see what the smoking experience would have in store.

The El Rey Del Mundo Oscuro Robusto opened up with notes of coffee, dried fruit, cedar, and some white pepper. The coffee, cedar, and fruit notes moved into the forefront. The cedar and pepper settled into the background. At the same time, chocolate notes emerged. There wasn’t a fusion of the coffee and chocolate like in the pre-light draw, but both notes were separate and distinct. The chocolate floated between the forefront and background. Meanwhile, there were some additional notes of black pepper and cedar on the retro-hale.

By the final third, the cedar notes remained primary. There was less sweetness at this point of the smoking experience. The cedar was rounded out by coffee and pepper notes with hints of chocolate and dried fruit still present. This is the way the El Rey Del Mundo Oscuro Robusto. The resulting nub was cool in temperature and soft to the touch.

There was some unevenness on the burn line and a slight amount of meandering on the burn path of the El Rey Del Mundo Oscuro Robusto. These were both remedied with some touch-ups. The touch-ups were a little more frequent than I prefer. The resulting ash was near white in color. This was an ash that was on the firm side. The burn rate and burn temperature were both ideal. 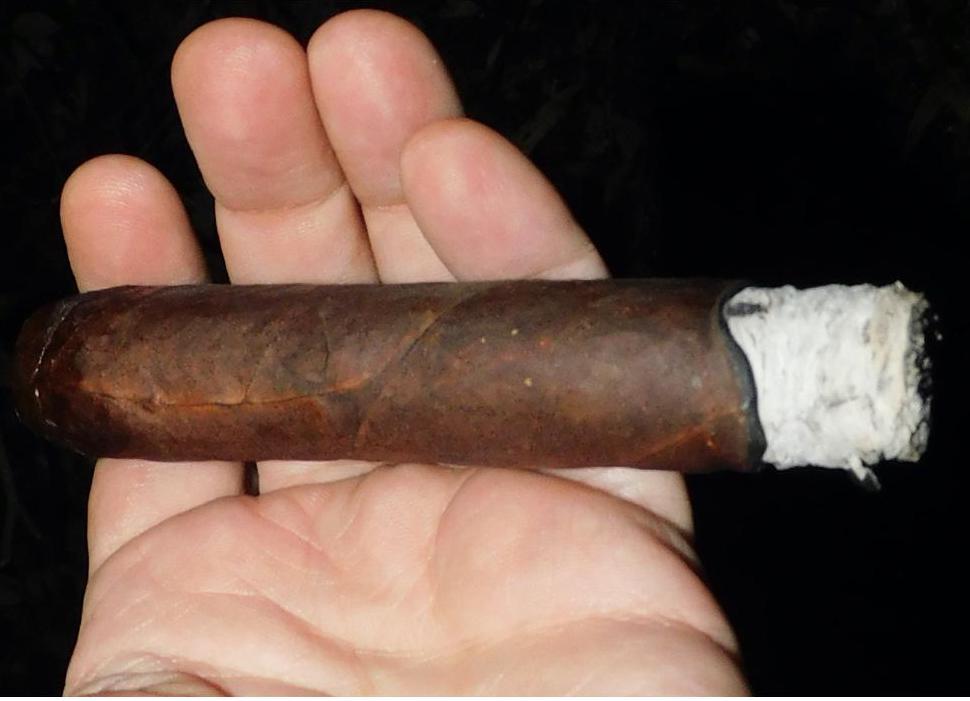 The draw of the El Rey Del Mundo Oscuro Robusto had a touch of resistance to it – which is something that I like. At the same time, this proved to be a low maintenance cigar to derive flavor from.

The El Rey Del Mundo Oscuro Robusto is a cigar that was on the bolder side. This cigar was in the medium to full range for both strength and body. The strength remained relatively constant, but the body had a nominal increase along the way. In terms of strength versus body, the body had the edge.

For a $5.40 cigar, El Rey Del Mundo Oscuro Robusto scores very nicely. It had been quite some time since I smoked El Rey Del Mundo, but this iteration was as pleasing as I remember. While we don’t factor price into our numerical score, this is still a cigar that scores well. For an “old school” cigar, the El Rey Del Mundo delivers a nice amount of complexity and boldness – and this can be very appealing for the contemporary cigar enthusiast. In the end, I think this was a brilliant move putting this line into the Forged Cigar portfolio. This is a cigar I still would steer toward a more experienced smoker, but there is no reason a novice looking to go into the medium to full range can’t smoke this cigar. As for myself, this is a cigar that I would buy and smoke again.