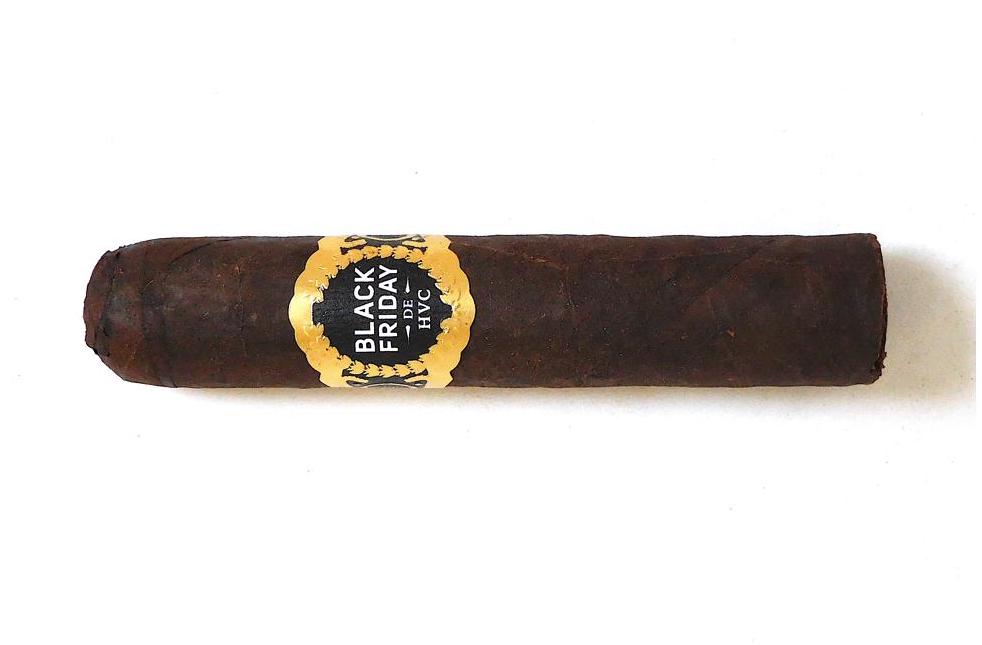 When it comes to seasonal and holiday releases, we have seen many cigars released to coincide with these times of the year. Over the years, cigars have been released for  Independence Day, Christmas, Halloween, St. Patrick’s Day, Thanksgiving, etc. In 2015, Reinier Lorenzo of HVC Cigars decided to release a cigar for what has become an unofficial holiday particularly in the U.S. and that is Black Friday. Black Friday is the day after Thanksgiving and has emerged as the biggest retail shopping day of the year. It’s the day when it is said that many retail stores move into the “black” (profitable) from the “red” (not profitable). Since 2015, we have seen at least one Black Friday release a year from HVC Cigars. Today we take a closer look at the 2021 edition – appropriately titled the HVC Black Friday 2021.

Without further ado, let’s break down the HVC Black Friday 2021 and see what this cigar brings to the table.

The remainder of the blend consists of all-Nicaraguan tobaccos from the Aganorsa farms including a heavier component of Corojo 2012 and Criollo ’98. The Corojo 2012 is a newer varietal that has been harvested at the Aganorsa farms and is starting to be used on blends coming out of the factory. HVC used this wrapper on the HVC 10th Anniversary cigar.

A straight cut was used to remove the cap from the HVC Black Friday 2021. Once the cap was removed, it was on to the pre-light draw phase. The cold draw delivered notes of dark chocolate, leather, and cedar. Overall this was a satisfying pre-light draw experience. At this point, it was time to toast up the HVC Black Friday 2021 and see what the smoking phase would have in store.

The HVC Black Friday 2021 started off with notes of dark chocolate, white pepper, cedar, and dried fruit. Early on, the dark chocolate moved into the forefront with the pepper, cedar, and fruit settling into the background. As the cigar continued to move through the first third, earth notes also settled into the background. Meanwhile, the retro-hale produced additional layers of chocolate and earth.

The second third of the HVC Black Friday 2021 saw coffee notes emerge with the earth in the forefront. The coffee and earth notes alternated in intensity throughout this phase of the smoke. Meanwhile, dark chocolate settled into the background with the pepper, fruit, and cedar notes.

By the last third, the cedar notes spiked up in intensity and moved into the forefront joining the earth and coffee. Meanwhile the dark chocolate, pepper, and fruit notes still remained in the background. This is the way the HVC Black Friday 2021 came to a close. The resulting nub was slightly soft to the touch and cool in temperature. 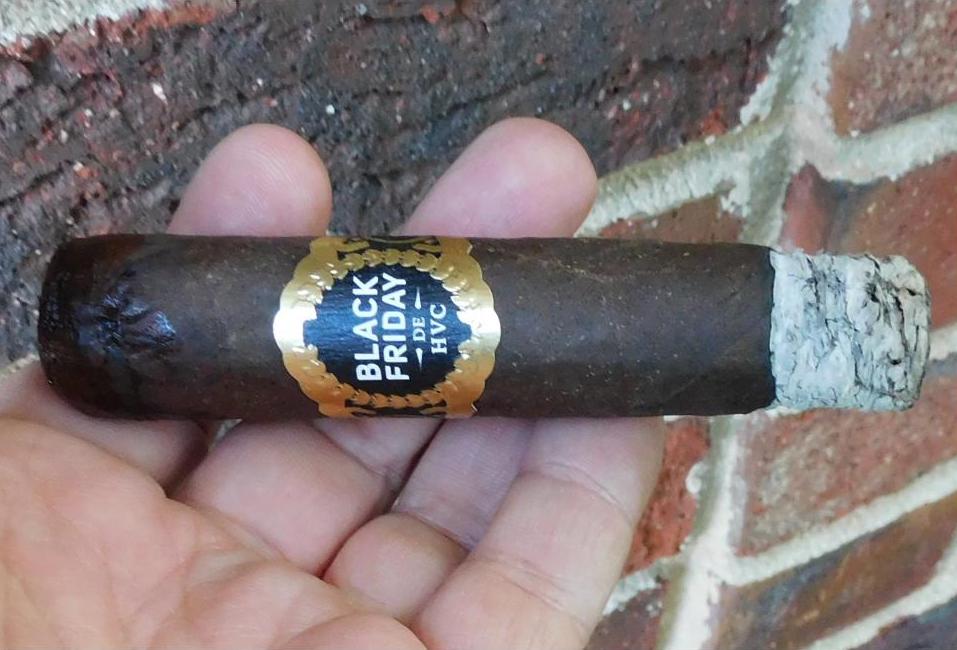 Normally I like a touch of resistance on a cigar. In the case of the HVC Black Friday 2021, the resistance was a little more than I prefer.

The HVC Black Friday 2021 delivered a solid Connecticut Broadleaf experience. I’d categorize this as a straightforward Broadleaf smoking experience. I will admit, I was expecting something a little more radically different with the Broadleaf – Corojo 2012 combination, but that didn’t affect the overall score of value rating. The 4 3/4 x 54 format seemed to work well with this blend. This is a cigar I probably would steer to a more seasoned cigar enthusiast, but I wouldn’t discourage a novice from trying. As for myself, this is a cigar I would buy and smoke again.