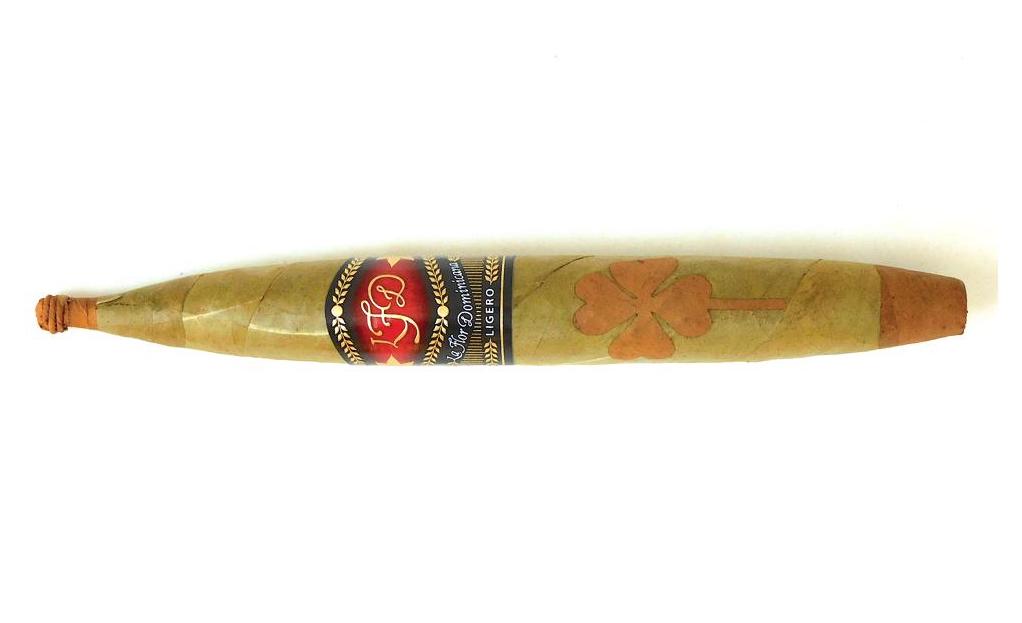 Late in 2020, La Flor Dominicana launched an event program known as the Gourmet Smoke Sessions. The Gourmet Smoke Sessions is a concept that was meant to bring the world of premium handmade cigars together with gourmet food preparation. Each event would be hosted by a particular retailer. The events would feature a gourmet-prepared meal as well as an exclusive cigar to that retailer which would be geared to the theme of the event. In March 2021 Fox Cigar Bar in Arizona was the host retailer. The theme of the event was St. Patrick’s Day and as such the exclusive cigar would have a candela wrapper. That cigar was the La Flor Dominicana Maceta de Oro (which translates to “Pot of Gold”). It’s the cigar we will take a closer look at today.

Following the event, the Maceta de Oro has remained available exclusively from Fox Cigar Bar. Without further ado, let’s break down the La Flor Dominicana and see what this cigar brings to the table.

The La Flor Dominicana Maceta de Oro is made in one size – a 7 x 55 perfecto (which is the same size as the TCFKA size) The cigars are sold in five-packs or individually by Fox Cigar Bar.

The candela wrapper of the La Flor Dominicana Maceta de Oro had an olive green color as opposed to a Kermit the Frog green color. The surface of the wrapper had a slight amount of oil on it. There is a natural shamrock-shaped leaf on top of the candela on the middle of the cigar. The natural leaf also covers the nozzle of the perfecto as well as the cap area. The nozzle has a gentle taper and an open foot. The cap has a twisted design composed of the natural leaf.

The cigar experience of the La Flor Dominicana Maceta de Oro commenced with a straight cut to remove the cap.  I used the Credo Special T Cutter, a cutter that contains two cutting holes. One of the cutting holes has a 38 ring diameter and is perfect for cutting tapered head cigars. This allows one to get a cut with a ring size that allows one to maximize the tapering experience the cigar has to offer.  This essentially removed the entire twisted portion of the tobacco on the cap.

Once the cap was removed it was on to the pre-light draw ritual. The cold draw was quintessential candela flavors of grass, herb, and cream. Overall, this was still a satisfying pre-light draw. At this point, it was time to toast up the footer of the La Flor Dominicana Maceta de Oro and see what the smoking phase would have in store.

The La Flor Dominicana Maceta de Oro started out with notes of black pepper, grass, herb, and cream. Early on the grass and herb notes moved into the forefront. The pepper and cream notes settled in the background. At the same time, there was an additional layer of black pepper coming through on the retro-hale.

The pepper notes rapidly increased late in the second third and into the final third – joining the grass and earth notes in the forefront. There still were notes of herb in the background. This is the way the La Flor Dominicana Maceta de Oro came to a close. The resulting nub was soft to the touch and slightly warm in temperature.

While the burn line and burn path were relatively straight, the cigar did need frequent touch-ups along the way. The resulting ash was slightly firm. This was an ash that was salt and pepper in color. As for the burn rate and burn temperature, both maintained ideal levels. 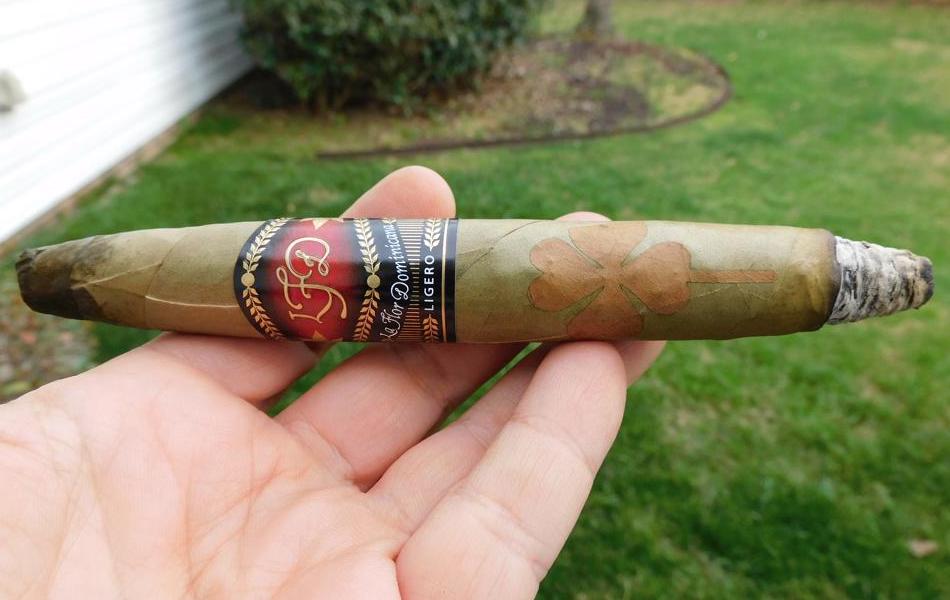 The draw to the La Flor Dominicana Maceta de Oro performed extremely well. Cutting to the 38 ring gauge length worked very well. There still was a touch of resistance to the draw – which is something that I like. At the same time, this was a low-maintenance cigar to derive flavor from.

While the increase in strength and body of the La Flor Dominicana Maceta de Oro is not something I have commonly seen in candelas, when it comes to the flavor profile, the Maceta de Oro is quintessential candela. If you like grassy and herbal notes, this will be the cigar for you. I found this worked quite well for the first two thirds, but toward the final third, this cigar comes in for a rough landing with some muddled flavors. The cigar doesn’t develop any harshness – which is a good thing. It’s a beautifully constructed cigar, but it also carries a price point near $25. This isn’t a cigar that will convert a person into a candela fan, but if you are a candela fan it has its merits. However, the higher price point makes this a cigar I’d recommend trying first and seeing if it is for you.