Agile Cigar Reviews are cigar assessments where we use a lightweight, shorter format. These will never take the place of our comprehensive reviews. They are only primarily used on blends we have previously assessed. This might be a blend we are re-scoring or in some cases giving a score for the first time. It might be a blend we are looking at in a different size. Today we look at the Protocol Gordo. This is a cigar blend previously assessed back in May 2016 in the Lancero size. 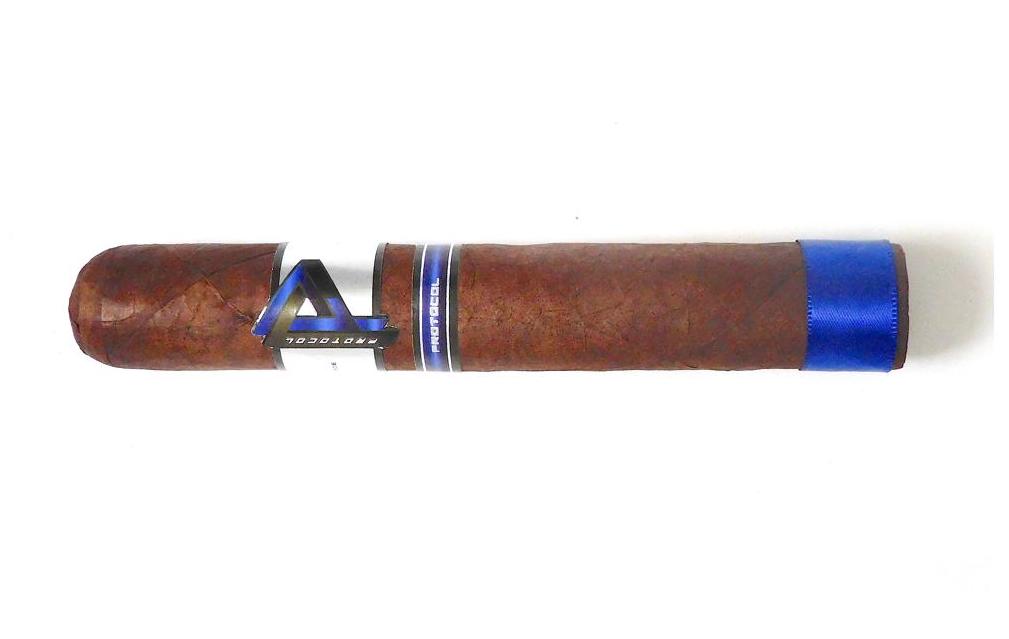 In 2015, two law enforcement officers named Juan Cancel and Bill Ives would launch a cigar company and release their first cigar known as Protocol. The cigar which is now referred to as Protocol Blue became a success for the duo and would be the start of Protocol Cigars. Since then Protocol Cigars has grown its portfolio to 11 regular production lines and over 20 limited editions. While the portfolio has grown, the Protocol Blue line had not seen any new additions since a Lancero size in 2016. That would change in 2021, when Protocol would introduce a Gordo size in the form of a 6 x 60 vitola. 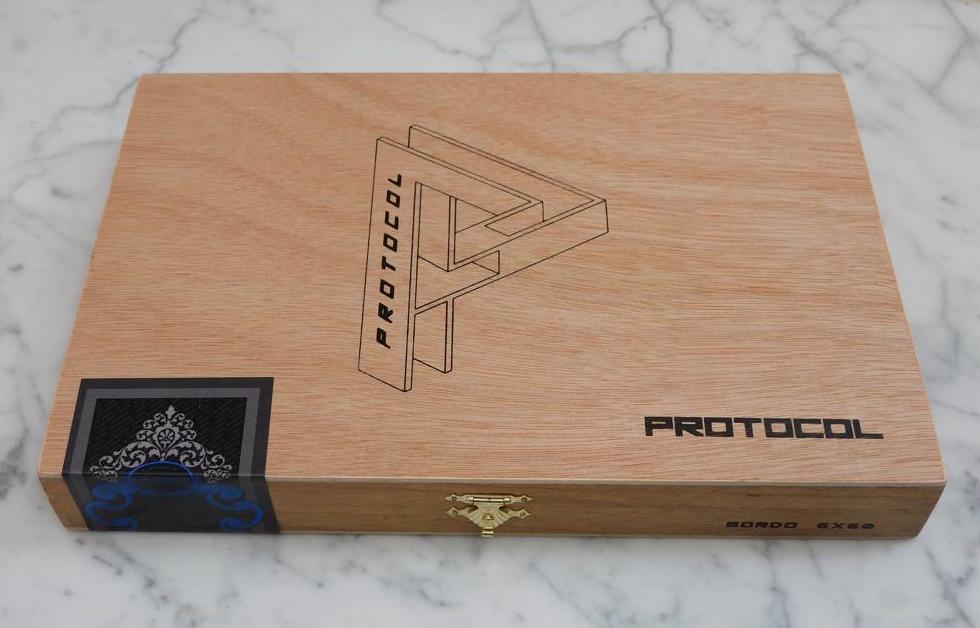 The Protocol Gordo is the same blend as the original line. It consists of an Ecuadorian Habano Oscuro Leaf, wrapping around a Nicaraguan Habano covering all Nicaragua long-fillers that include quadruple ligero in the blend. The Protocol Gordo is the first regular production 6 x 60 produced by Protocol Cigars. The company had done an event-only limited edition 6 x 60 called 5 Families back in 2000. 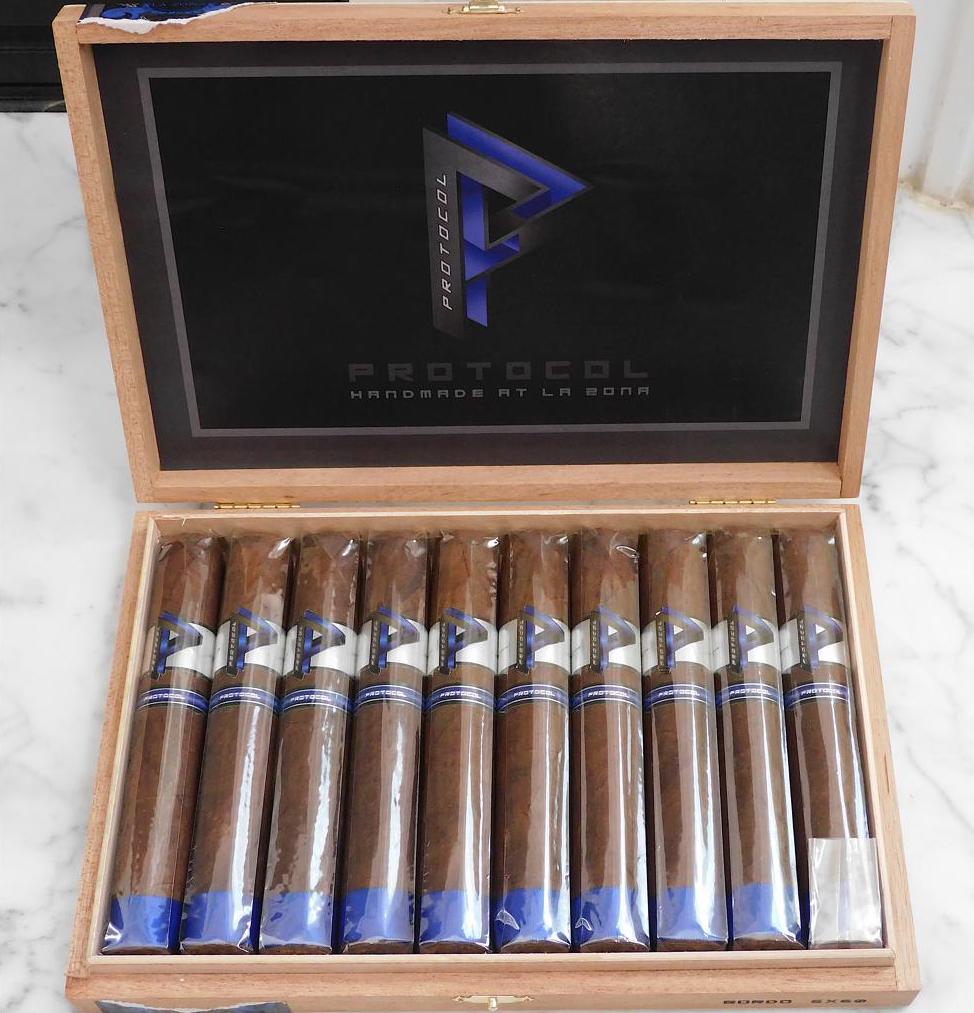 The Protocol Gordo started out with a potpourri of flavor notes including black pepper, natural tobacco, earth, cedar, chocolate, and citrus. There was no dominant flavor early on, but eventually, the natural tobacco notes became the primary note. There was an additional layer of black pepper on the retro-hale. During the second third, earth notes joined the natural tobacco in the forefront and the chocolate notes diminished and then dissipated. Meanwhile, there was a gradual increase in the pepper during the second third. By the final third the pepper joined the earth notes in the forefront and the natural tobacco receded into the background with the cedar and citrus. The last third saw the flavors somewhat muddled. The cigar finished with a lukewarm, soft nub. 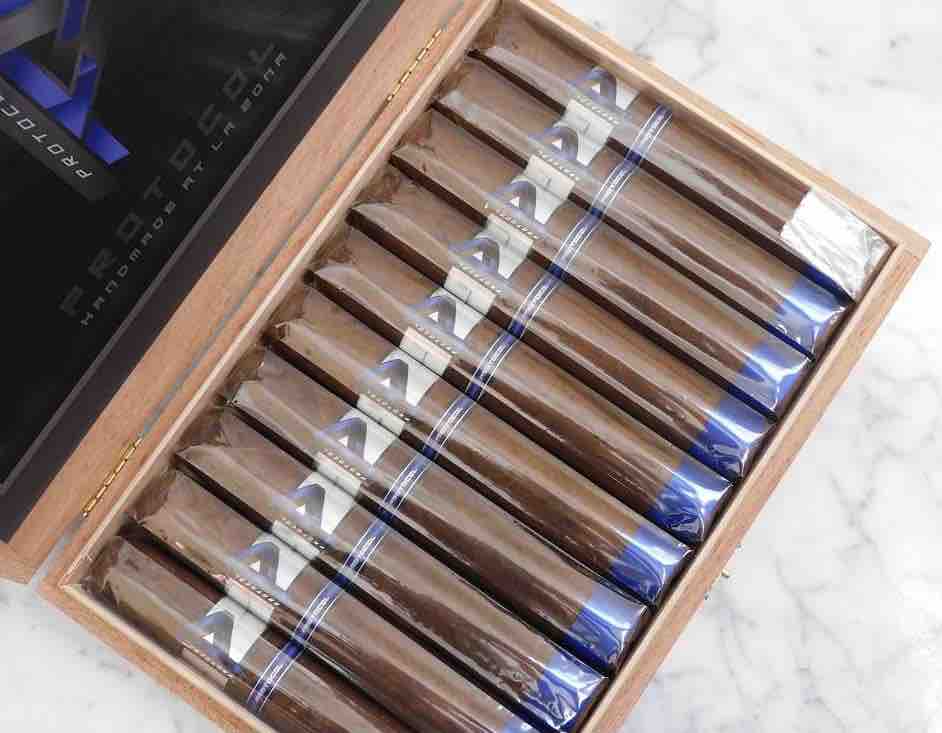 In terms of strength and body, the Protocol Gordo fell into the medium to full range. There was a nominal increase in intensity throughout the smoking experience, but the cigar didn’t quite move into full territory. Both the strength and body balanced each other nicely. The burn did require frequent touch-ups to maintain a straight burn path and straight burn line. The draw was on the open side.

I was thrilled to see Protocol Blue get some love and was even happier to see this come in a 6 x 60 size. The Protocol Gordo started out fantastic – and kept to the essence of the original Protocol blend. Close to the second third, things went south flavor-wise. On each of the Protocol Gordos I smoked, the flavors were somewhat muddled and some harshness emerged. While the Protocol Gordo did not become unsmokeable, it became less desirable. In the end, there still is enough going with this cigar where I would recommend it to a seasoned cigar enthusiast. As for myself, I still would buy and smoke this again.