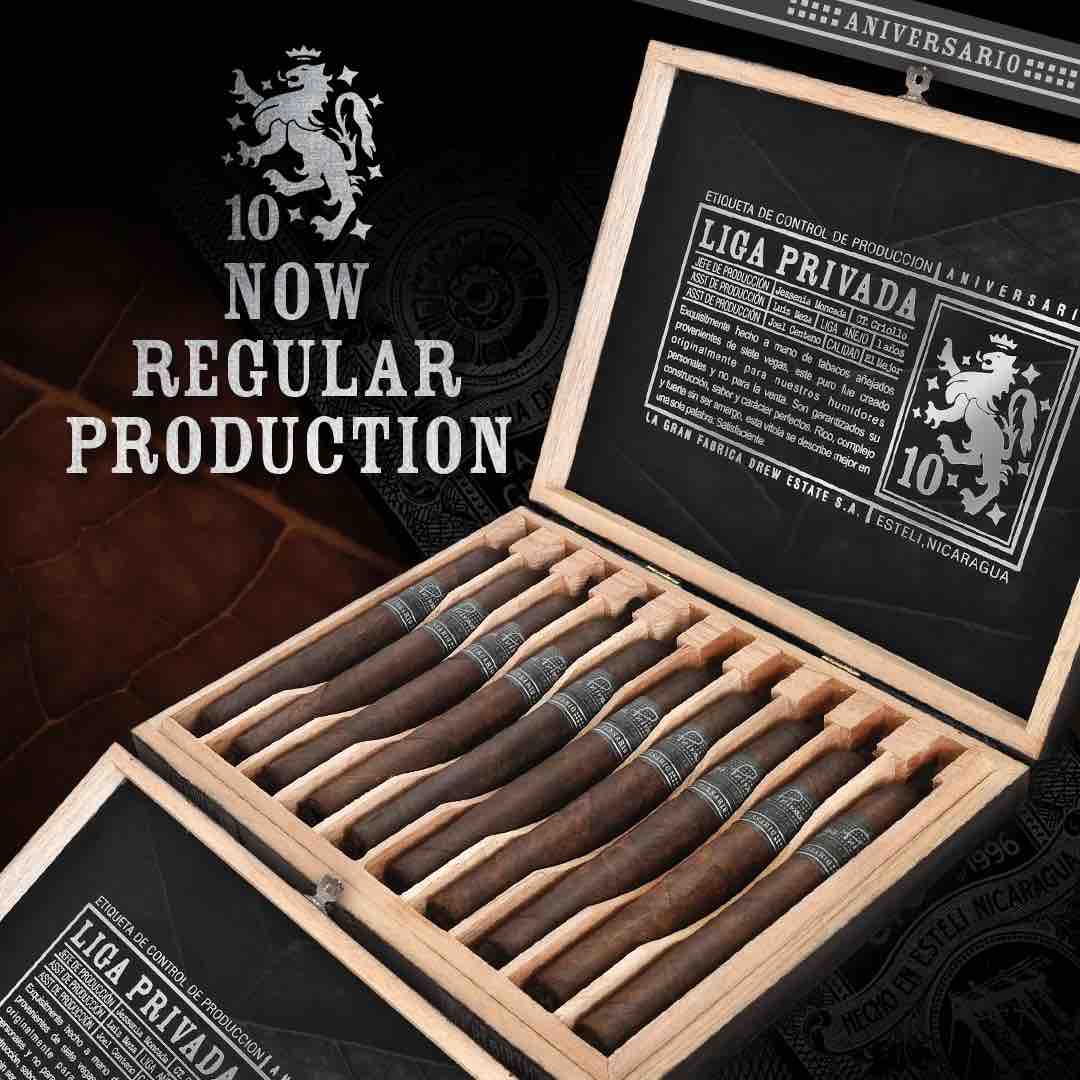 Almost four years after it first made its debut at the 2018 IPCPR Trade Show, Drew Estate’s Liga Privada 10 Year Aniversario will now be regularly available as a monthly allocation for qualifying Drew Diplomat Program participants beginning this month.

The Liga Privada 10 Year Aniversario is highlighted by a U.S. Connecticut Criollo wrapper. This tobacco has been especially difficult to procure and has resulted in limited production for this cigar.

In addition to the U.S. Connecticut Criollo wrapper, the Liga Privada 10-Year Aniversario features a San Andres binder and fillers from Honduras and Nicaragua. Production is handled out of Drew Estate’s La Gran Fabrica Drew Estate factory in Estelí, Nicaragua. The cigar comes in one size, a 6 x 52 Toro with a signature Cola de Pescado (fishtail) head and a closed foot. Liga Privada 10 Aniversario cigars are packaged in ten-count boxes with an MSRP of $183/box and $18.30/cigar. There is also a 5 3/8 x 60 perfecto size used for events with Jonathan Drew called A Savage Feast which will remain an event cigar.

“Liga Privada 10 Aniversario is a tribute to the remaining old-school tobacco growers in the Connecticut River Valley who produce the capas for Liga Privada,” says Drew Estate Founder and President, Jonathan Drew. “The magnificent cigar also honors our loyal consumers who’ve stood by our side through the ups and downs all these years. Today’s news is certainly welcome, as more people will now get to experience Liga Privada 10 Aniversario’s bold, luxurious and commanding presence … so let’s get luxuriating, party peoples.”