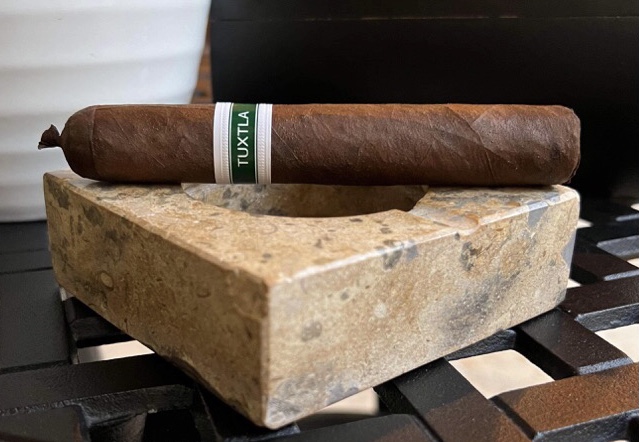 At the 2022 Premium Cigar Association (PCA) Trade Show, Tatuaje Cigars will take orders for another installment of its Tuxtla Series, the Lomo de Cerdo. This is a Mexican-wrapped version of the famed Tatuaje Pork Tenderloin. Lomo de Cerdo is Spanish for Pork Tenderloin.

The Pork Tenderloin was originally a 2010 shop exclusive to former Boston, Massachusetts retailer Gloucester Street Cigars (which has since shut its doors). Since that initial release, the Pork Tenderloin remains one of the most sought-after shop exclusives ever. The Tuxtla series is a limited edition series launched earlier this year that features Mexicanp-wrapped cigars of the Tatuaje T110, Tatuaje 7th, and Tatuaje Avion offerings.

The cigar itself is a 5 1/8 x 52 parejo. In addition to the Mexican wrapper, the blend features all-Nicaraguan tobaccos. The cigars will be available in 25-count butcher-paper bundles. Quantities produced will be based on orders taken at the PCA Trade Show.

Bear Duplisea contributed to this story