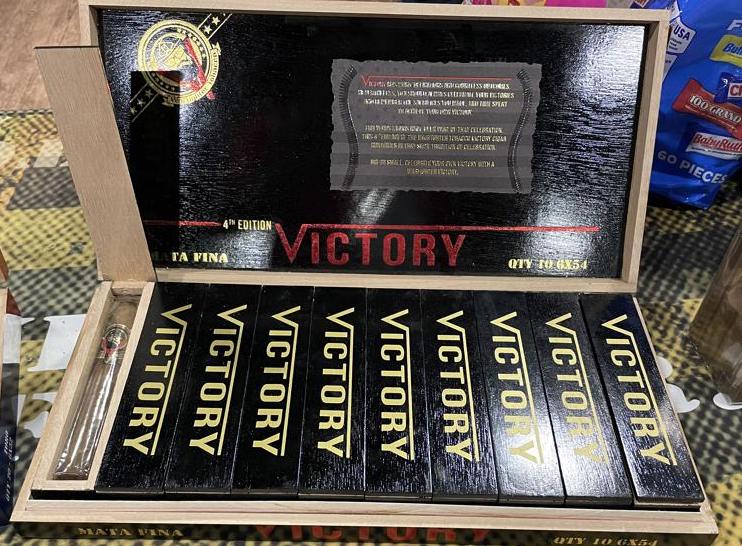 At the 2022 Premium Cigar Association (PCA) Trade Show, Warfighter Tobacco Company showcased the Victory Fourth Edition. As the name indicates, it’s the fourth edition of the Victory series, but it also is the first one being offered to brick and mortar retailers.

Warfighter Tobacco’s Victory Fourth edition is a limited production cigar that features a Brazilian Mata Fina wrapper over Nicaraguan binder and fillers. The cigar is 6 x 54 torpedo with a shaggy foot. Each cigar is packaged in an individual coffin with a total of ten coffins per box. Construction is handled at Tabacalera Carreras. It’s described as a more premium offering with pricing set at $17.76 per cigar.

At a glance, here is a look at the Warfighter Victory Fourth Edition: