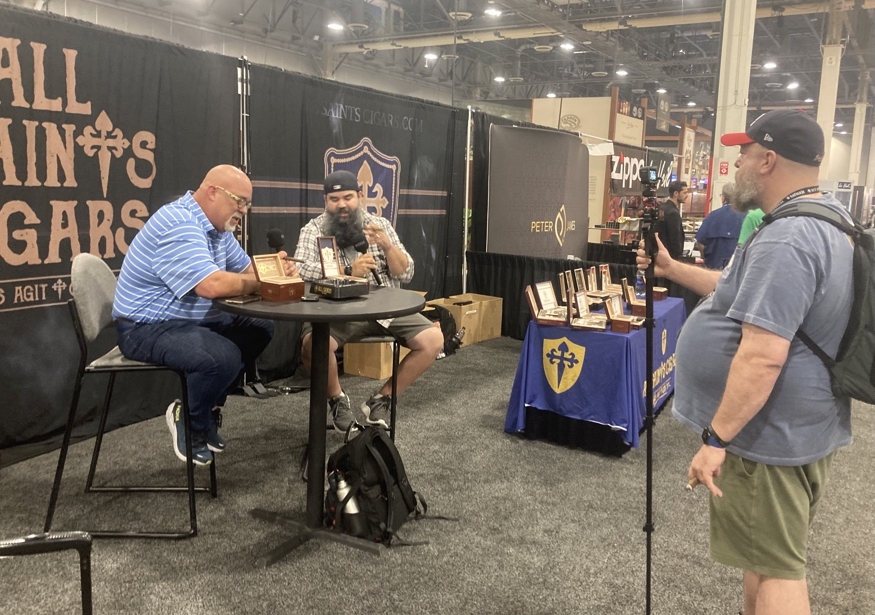 While a lot was made of the launch of new companies by CAO alumni, Tim Ozgener and Rick Rodriguez, one must remember there is another CAO alumni who got a head start – and that’s Micky Pegg. In 2020 Pegg and Frank Layo lauched All Saints Cigars and hit the ground running. Working with Rocky Patel’s TAVICUSA factory, the company has brought four core lies to market with commercial success and critical acclaim. At this year’s trade show, the company focused on some line extensions. With the line extensions added each of the four blends will have identical six-vitola offerings. In addition, the company announced a new partnership with Boveda where its boxes will ship with a Boveda humification pack inside.

First up, it is worth noting that the two most recent lines are going to be referred to slightly differently. The St. Francis Colorado will now simply be known as “Colorado” and the Dedicación Habano will now be known as Habano. This is to avoid some confusion with the St. Francis and Dedicación lines. The packaging has been set up to emphasize the Colorado and Habano names for those blends. 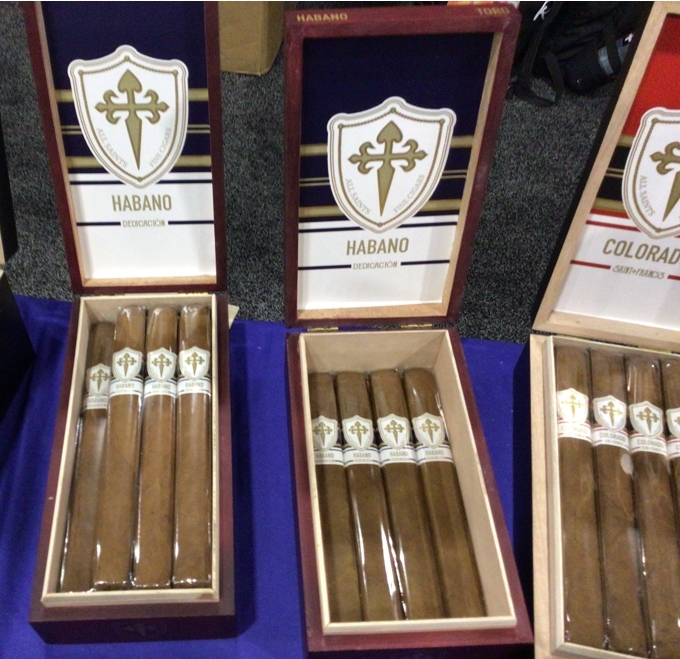 All four lines: Dedicación, St. Francis, Habano, and Colorado will receive a new 4 1/2 x 44 rounded vitola known as Vesper. Vesper refers to the first service of the Daily Cycle, and it takes place after sunset in the early evening. For the cigar, the Vesper will be the smallest offering in the All Saints portfolio and is positioned as a winter smoke, walk-the-dog smoke, or one that can be enjoyed in the car.

Meanwhile, Habano and Colorado will receive the Mitre size. This is a 5 x 54 rounded vitola that is already incorporated Into the Dedicación and St. Francis lines.

Both line extensions are set to debut this fall.