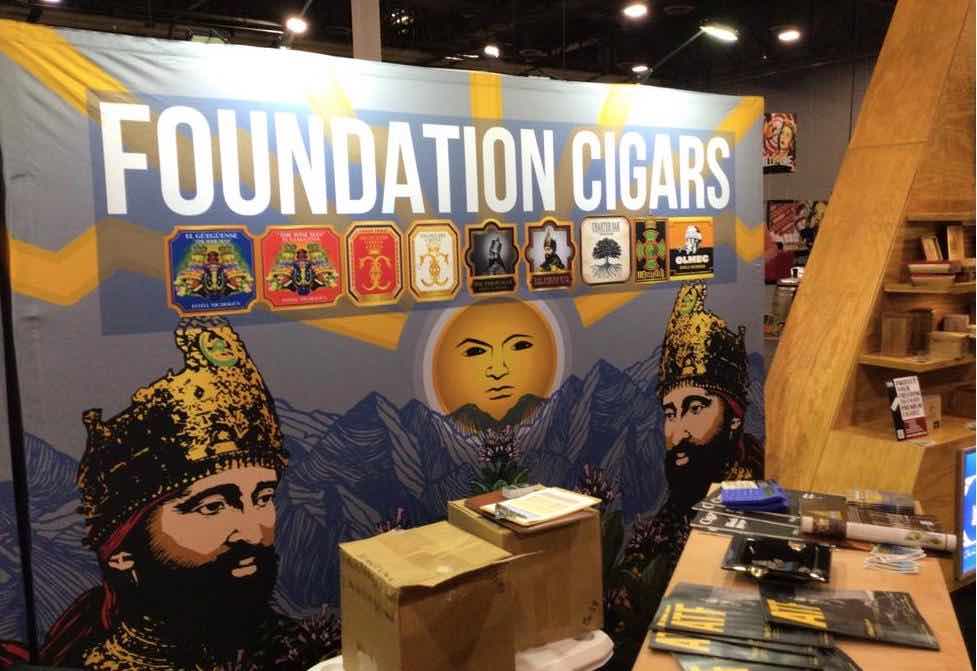 One of the big stories of the 2022 Trade Show was the return of Nicholas Melillo and Foundation Cigar Company to the PCA Trade Show. It was the first Trade Show for Melillo since 2019. Melillo had made the decision to skip the 2021 show, and of course the 2020 show was cancelled due to the COVID-19 pandemic. Since Melillo first brought Foundation Cigar to the Trade Show in 2015, his booth has always been one of the most active ones and this year was no exception. Our team was able to take advantage of early media access to meet with Melillo, and even then it was still a busy time for him.  Melillo did not come empty handed as he had three new blends and several line extensions he introduced. 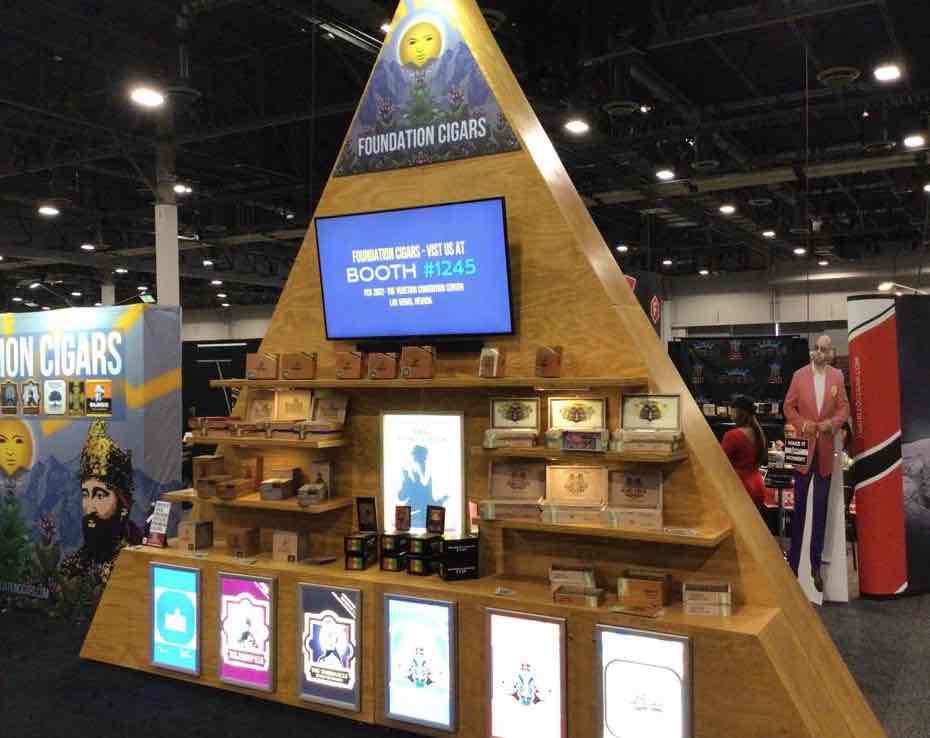 Olmec is a new line being introduced by Foundation. The Olmecs were an ancient Mesoamerica civilization that dates back to 1600 and 400 BCE.  This is a Mexican San Andres wrapped line coming in two blends each with a different wrapper option: Claro and a Maduro. While Foundation has several Mexican wrapped offerings already, this is the first one he is doing at AJ Fernandez’s factory. 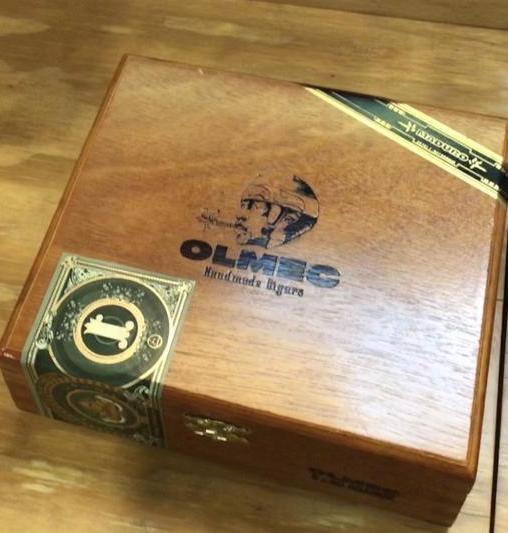 Both the Claro and Maduro wrappers come from the San Andres region with the maduro a darker, more potent version. It is fermented slowly at low temperatures to preserve the natural oils that give flavor. Both blends incorporate Nicaraguan binder and filler tobaccos. The fillers come from the Estelí and Jalapa valleys. After fermentation, these filler tobaccos are bale-aged for three years before arriving on the production floor. The Claro and Maduro versions of the Olmec are offered in five sizes (Corona Gorda, Robusto, Toro, Grande, and Double Corona). Each is presented in 12-count boxes. Pricing ranges from $12.50 SRP to $16.50 SRP. The Olmec is scheduled to ship in the late summer/ early fall timeframe. 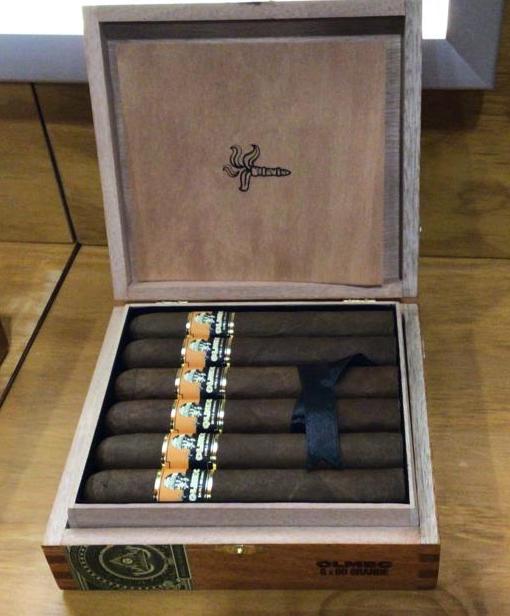 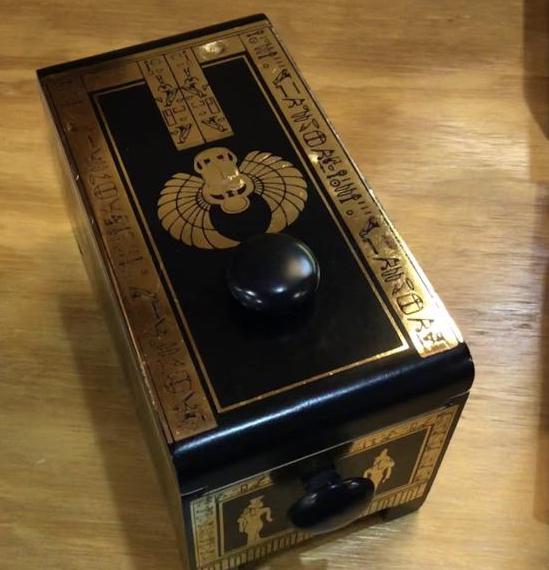 The Senetjer blend was developed by Melillo. It features a 7th priming Habano Ecuador wrapper along with a Brazilian Mata Fina wrapper and undisclosed filler tobaccos aged for three years. The cigar comes in one size – a 6 3/4 x 52 perfecto. The cigars are presented in 12-count boxes with pricing set at $33.00 per cigar. Consistent with the other Highclere Castle lines, production comes from AJ Fernandez’s factory in Nicaragua. The Senetjer is expected to ship this fall. 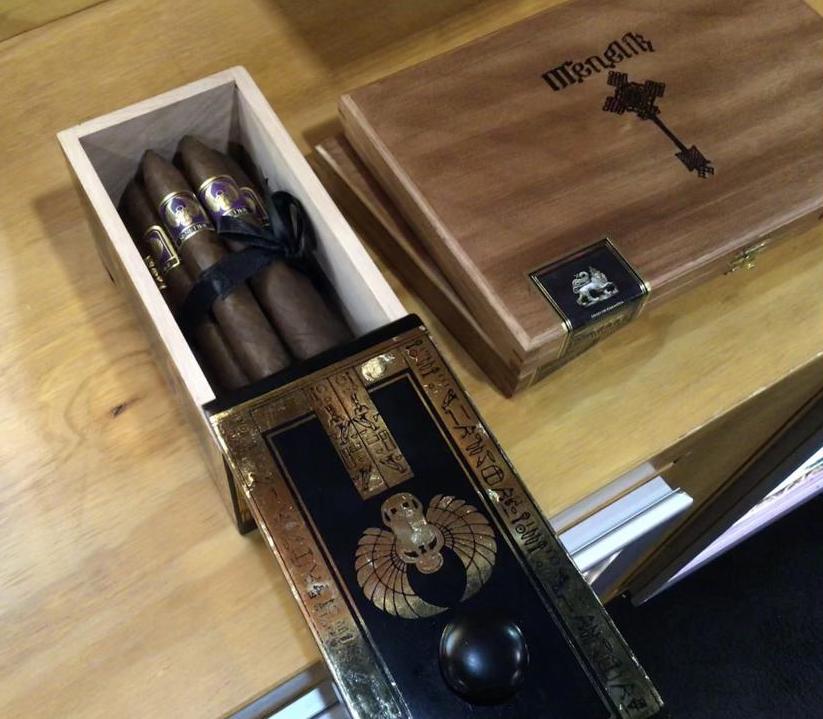 A second size of the Menelik line in the form of a 6 x 52 Toro was also introduced. Menelik was originally an event-only cigar that first was released in 2016. In 2019, the Menelik switched to a limited production line in a Petit Robusto size. Menelik was the name of an ancient emperor of Ethiopia, who was said to be the son of King Solomon and the Queen of Sheba. The cigars are presented in 12-count boxes with pricing set at $16.50 per cigar. The cigars are expected to ship to retailers in the late summer/early fall of 2022. 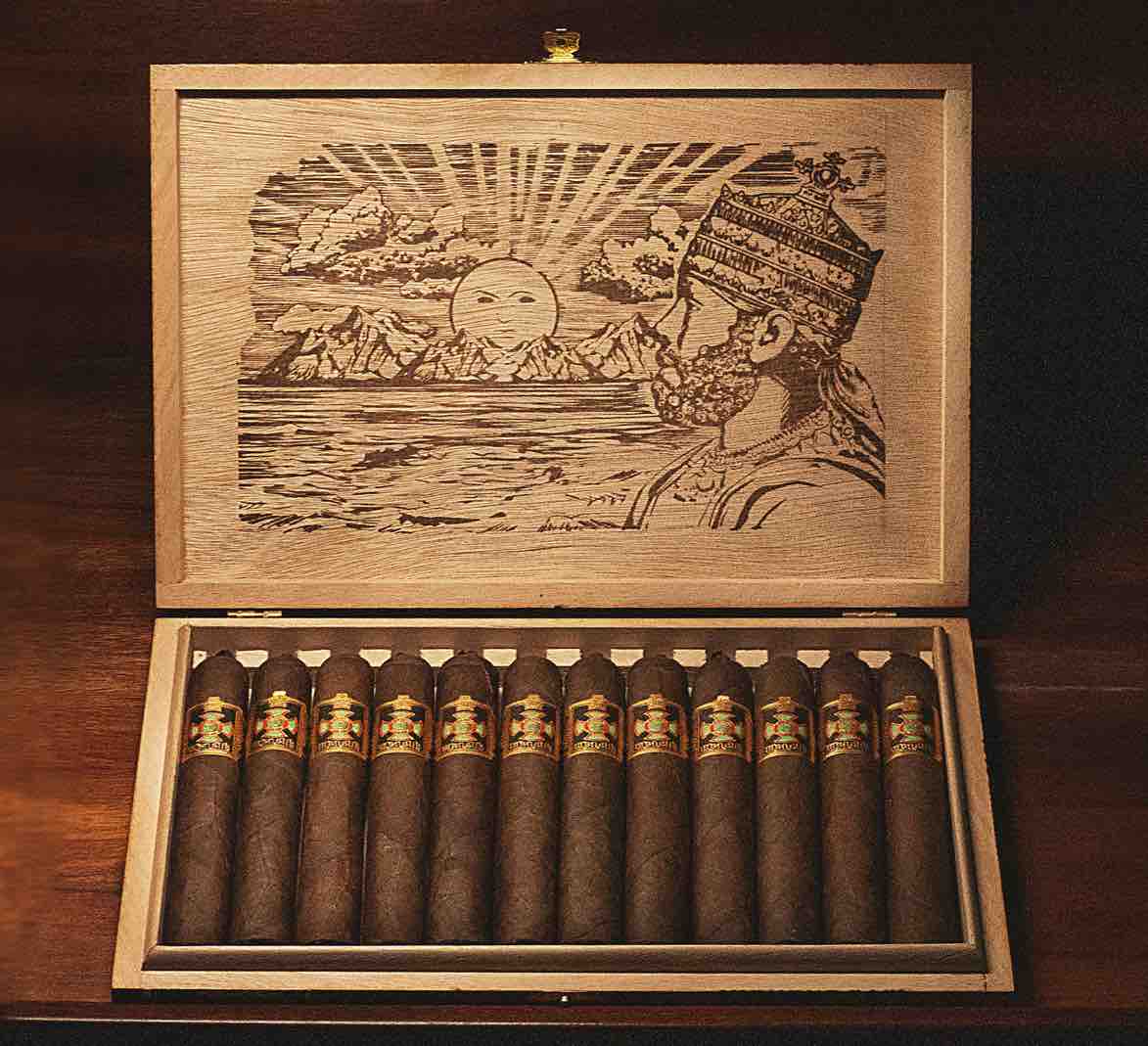 Over the past couple of years, the David and Goliath perfecto sizes were introduced to The Tabernacle and Tabernacle T142 lines. Now perfectos are coming the the El Güegüense and Wise Man Maduro lines. They are called Macho Raton and they measure 4 3/4 x 60. The El Güegüense Macho Raton is based on the 5th Anniversary blend. while The Wise Man Macho Raton is based on the core blend. They are packaged in 12-count boxes and each is priced at $14.00. 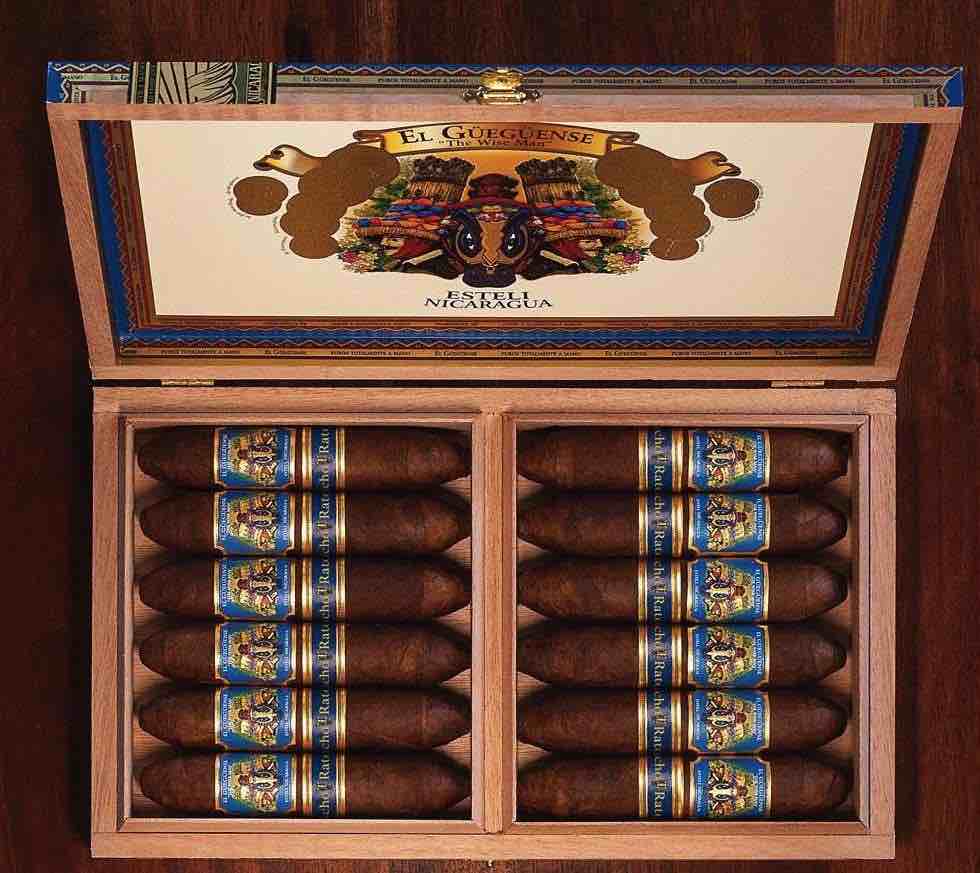 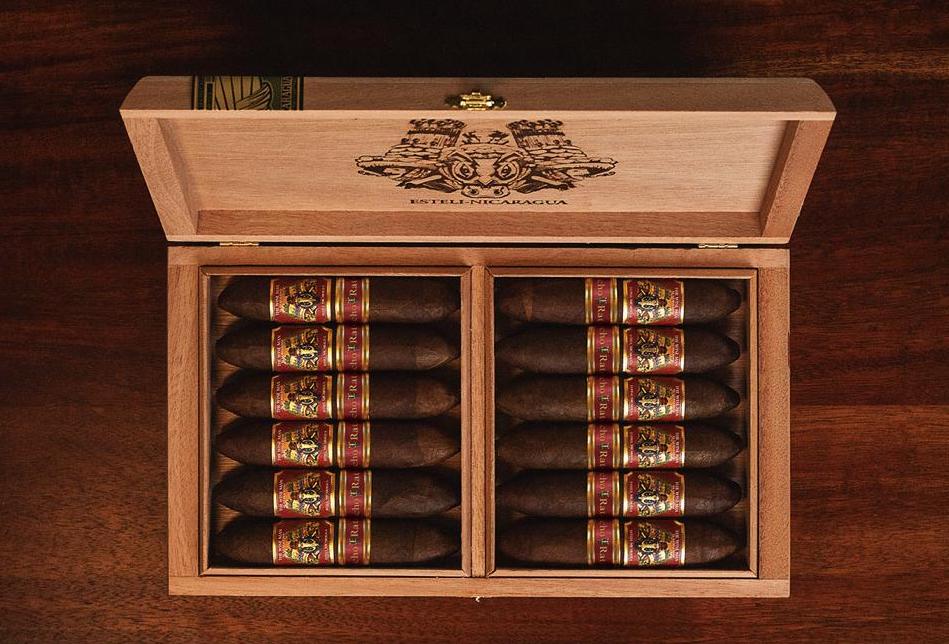 Due to age restrictions, you will need to click on Watch on YouTube to watch this video: