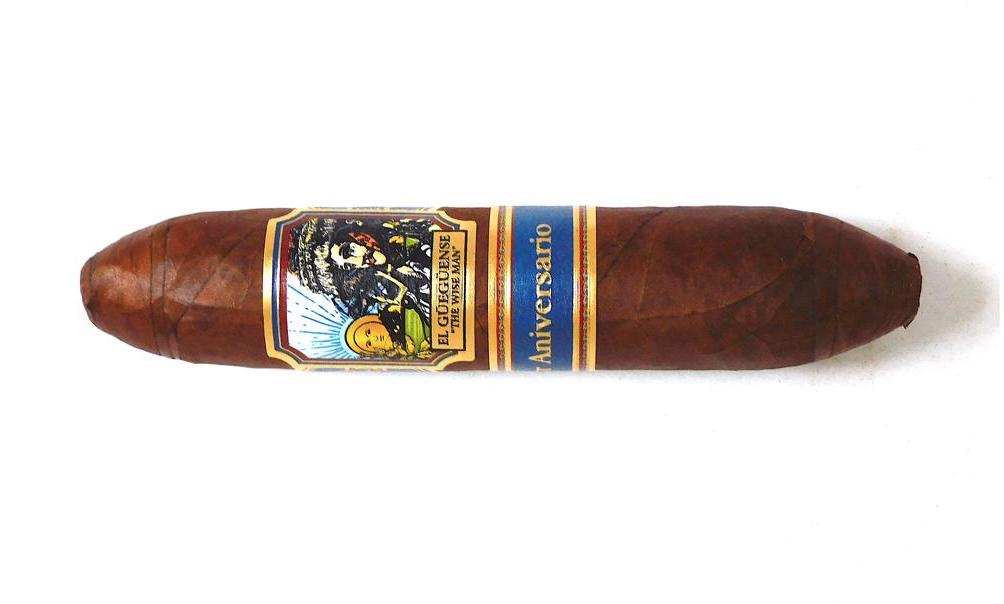 In 2020, Nicholas Melillo’s Foundation Cigar Company would celebrate five years in business. As is typically the case with many cigar companies, a commemorative cigar was released to mark the occasion.  That cigar would be the El Güegüense 5 Year Aniversario. It’s an offshoot of the original El Güegüense brand, which also happened to be Melillo’s debut release with Foundation Cigar company in 2015. Translating to “The Wise Man”, El Güegüense is the name of a literary work that is very much a part of the fabric of Nicaragua culture. Melillo selected the name to pay homage to Nicaragua as he spent many years living there. The cigar was released in a limited production in 2020 in one size – a perfecto. Today we take a closer look at the El Güegüense 5 Year Aniversario.

The El Güegüense 5 Year Aniversario was packaged in a collector’s chest resembling the one held by The Wise Man during Nicaragua’s Festival of San Sebastián Great Dance. The artwork represents the work ethic, ingenuity, and deep cultural wealth of the Nicaraguan people. The packaging was designed by Foundation Cigar Company’s Art Director Alex Garcia a.k.a. Thief Operandi. 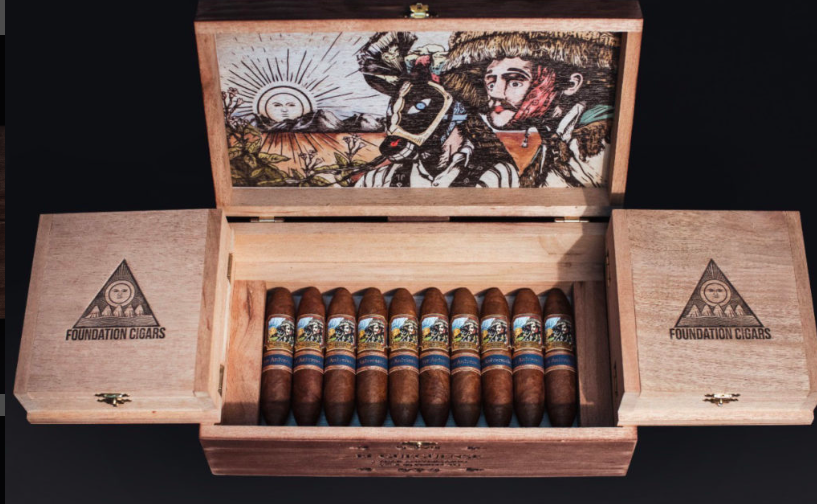 Without further ado, let’s break down the Foundation Cigar Company’s El Güegüense 5 Year Aniversario and see what this cigar brings to the table.

The El Güegüense 5 Year Aniversario is a cigar where I was really excited about the binder.  The cigar features a San Andres Mexican binder with a Nicaraguan Corojo ’99 wrapper covering a blend of all-Nicaraguan tobaccos. What is different is that this is a cigar that comes out of the TABSA and uses a San Andres Binder. Typically this is something simply not seen at TABSA – namely a non-Nicaraguan leaf being used as the binder. Most cigars out of TABSA use all-Nicaraguan tobaccos for the binder and filler grown on the company’s Aganorsa farms. This is the first time I can remember this happening.

The El Güegüense 5 Year Aniversario comes in one size – a 4 3/4 x 60 sized perfecto. A total of 20 cigars are packaged in the collectible chest.  2020 was the year of the perfecto for Foundation Cigar Company, as it also released its Tabernacle David and Goliath releases.

The Nicaraguan Corojo ’99 wrapper of the El Güegüense 5 Year Aniversario had a medium brown color with a strong Colorado reddish tint to it. This was a wrapper that had an oily complexion on it. There were some visible wrapper seams and visible veins. The perfecto was tapered at both ends with the tapering steeper toward the footer.

There were two bands on the El Güegüense 5 Year Aniversario. The primary band had an El Güegüense inspired portrait on it along with the Foundation “sun” logo to it. The portrait was surrounded by a gold frame. On the lower part of the picture was a gold nameplate design with the text “EL GÜEGÜENSE” and “THE WISE MAN” – both in black font. The sides of the band were blue with gold trim. Each side of the band had a gold Foundation pyramid logo on it.

The secondary band rests just below the primary band. This is blue in color with gold and dark trim. On the center of the band is the text “5 Yr Aniversario” in gold trim.

A straight cut was used with the Credo Special T cutter to remove the cap of the El Güegüense 5 Year Aniversario. The Credo Special T has a 38 ring gauge cutter option which is ideal for tapered cigars. I used the larger ring to get just a little more surface area to puff on. Once the cap was removed, it was on to the pre-light draw. The dry draw delivered notes of dusty earth and both sweet and slightly bitter natural tobacco components. This was a simple, but satisfying pre-light draw. At this point, it was time to toast up the foot of the El Güegüense 5 Year Aniversario and see what the smoking phase would bring.

During the second third of the El Güegüense 5 Year Aniversario, there was an increase in the earth, cedar, and pepper notes. By the midway point, the earth notes displaced the natural tobacco as the primary note. The cedar and earth notes remained secondary, but continued to increase in intensity. The pepper notes now took on more of a black pepper varietal on the tongue. At the same time, a natural “smokiness” emerged in the background as well.

By the last third, the cedar notes displaced the earth in the forefront. There still were notes of earth, natural tobacco, pepper, and a touch of fruit and smokiness remaining. The resulting nub was soft to the touch and cool in temperature.

The burn of the El Güegüense 5 Year Aniversario simply was high maintenance. At times the burn line was jagged and there were a few times the El Güegüense 5 Year Aniversario was moving off a straight burn track. The touch-ups did the trick, but there were a lot of them. The resulting ash wasn’t overly firm, but not loose either. The ash had a near salt and pepper complexion to it. As for the burn rate and burn temperature, both were ideal. 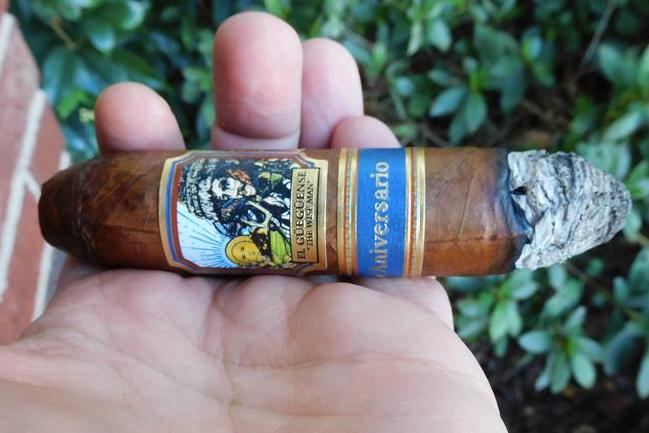 The draw to the El Güegüense 5 Year Aniversario started out with a little resistance – which is something that I like. On each sample of the cigar I smoked, the draw opened up in the first third and then it went to the other extreme – it became too open. Normally I prefer just a little more resistance on the draw. The cigar was void of any combustion issues.

In terms of strength and body, the El Güegüense 5 Year Aniversario is a very approachable cigar coming in with medium strength and medium body. There was little variation of the intensity level of the strength and both throughout the smoking experience. When comparing strength versus body, both attributes balanced each other nicely with neither attribute overshadowing the other.

As I mentioned in the blend description, I was excited to smoke this cigar to see what TABSA would do with a San Andres Binder – something that factory is not known to work with. I was impressed with the flavor that the El Güegüense 5 Year Aniversario produced. It was different than most other TABSA blends. It also was a cigar that had a nice amount of complexity. However, in the second half, I found the flavors to be more muddled and the burn and draw becoming more high maintenance. Finally, it’s worth noting that at $15.00, this is not a cheap cigar and while that doesn’t impact the final score (89), it does play into the value rating. In the end, I recommend trying out a sample of this cigar (if you can get one) before buying.