Agile Cigar Reviews are cigar assessments where we use a lightweight, shorter format. These will never take the place of our comprehensive reviews. They are only used on blends we have previously assessed. This might be a blend we are re-scoring or giving a score for the first time. It might be a blend we are looking at in a different size. Today we look at the Micallef A Gordo. This is a cigar blend previously assessed in October 2020 in the Churchill size. 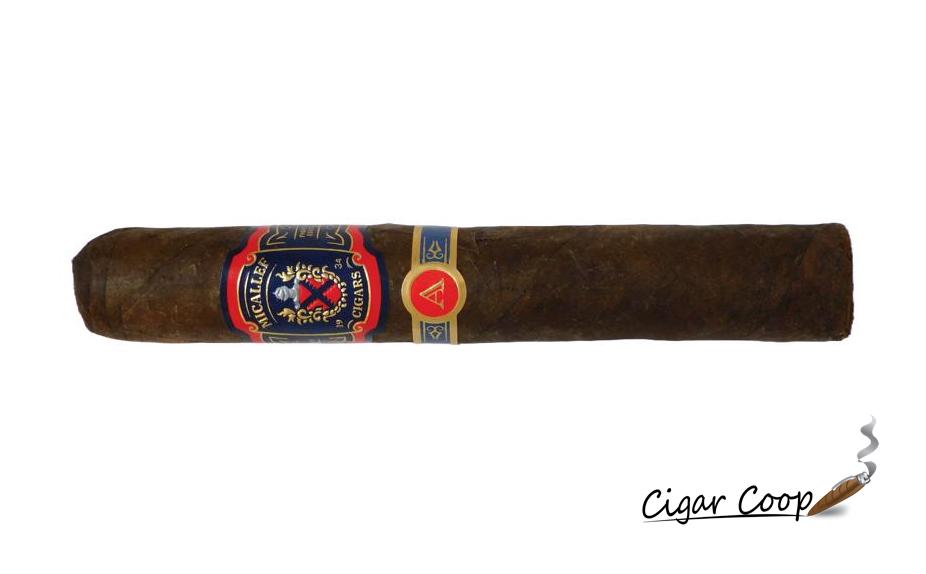 The Micallef A Gordo is the second vitola to be released in Micallef’s A line. Back in March 2020, Micallef had a cigar they wanted to introduce for the one-year anniversary of the Micallef Ambassadors program. At the time the cigar had not been named, but Micallef opted to release the cigar under the name Micallef To Be Named (TBN). In the meantime, Micallef would work with the ambassadors to name the cigar. Along the way, the TBN was a huge hit – selling out in 36 hours. Eventually, the name Micallef A was selected with the “A” honoring the Micallef Ambassadors. In August 2020, Micallef A was originally released in a 6 3/4 x 54 “Churchill” size and continued to be a huge hit for the company. Fast forward one year to August 2021 and Micallef decided to add another size to commemorate the one-year anniversary of the Micallef A. That cigar would be a 6 x 60 line extension to the line, the Micallef A Gordo.

Blend-wise, the Micallef A Gordo utilizes the same tobaccos as found in the rest of the line. The cigar is highlighted by a Nicaraguan Maduro wrapper over an Ecuadorian Sumatra binder and a combination of Nicaraguan and Dominican fillers. Production is handled out of the Micallef Cigars factory in Nicaragua. The 6 x 60 Gordo was the second release, and this was recently followed up by the petit-corona-sized Micallef lowercase a.

The Micallef A Gordo opened up with a combination of earth, chocolate malt, coffee, tannin, and mineral notes. Early on the earth and chocolate malt notes moved into the forefront. On the retro-hale, there was a layer of mixed pepper notes. By the second third, the coffee notes moved into the forefront joining the earth notes. There was a creamy undertone to the coffee notes. Concurrently there was a gradual decrease in the malt chocolate notes. It was during the second third that the mixed pepper also surfaced on the tongue. In the second third, the coffee notes receded into the background and lost their creaminess. By the final third, the earth notes were primary. These were rounded out by red pepper, coffee, tannin, and mineral notes.

The Micallef A delivered a solid smoking experience. In terms of flavor, I found the cigar delivered a nice balance of flavor notes – not overly spicy and not overly sweet. This is not a cigar that will overpower you with strength and body. While it’s a very nice cigar, my preference would still be to reach for the Churchill. However, if you are looking for a 6 x 60, this is a cigar I would recommend – whether to the novice or experienced cigar enthusiast. At under $9.50, the Micallef A is good value – and a cigar I would smoke and buy again.