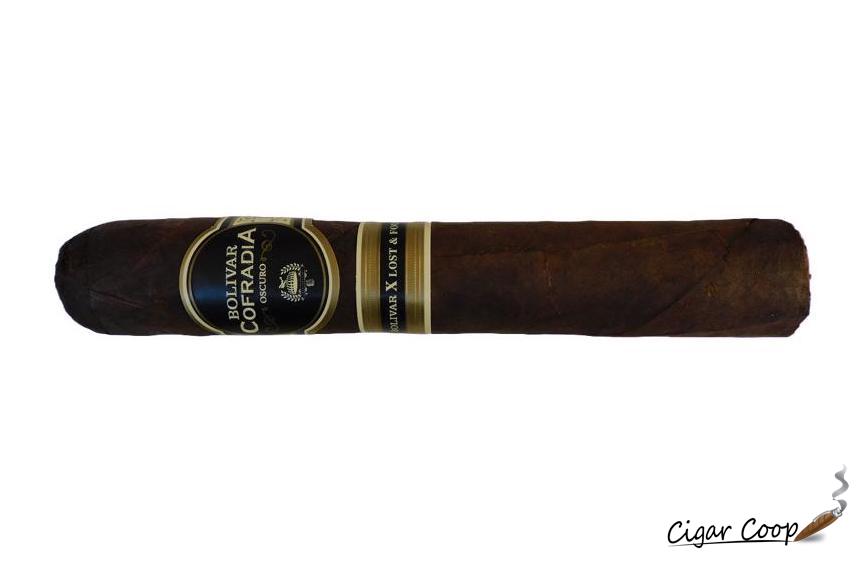 If there is one brand in the STG portfolio that has been trying to find itself, it’s been the Bolivar brand. It’s the brand that is named for Simon Bolivar, who is considered by many to be the George Washington of South America. It’s a brand that can be traced back to Cuba and has been quite successful for Habanos S.A. It’s also a brand that has been produced outside the Habanos portfolio by STG. It’s a brand that never seemed to capture the steam that it had in Habanos. In 2015, there was an unsuccessful attempt to re-image it under the Foundry brand. A couple of years ago, the Bolivar Cofradia was relaunched again under Forged Cigar Company with very little fanfare. At that time, I wondered if there was any chance this brand would have success. Then came the Lost & Found project…

Lost & Found is one of the big success stories of the last decade. The company was founded with the concept of seeking cigars that had been aging in factories, repackaging them, and giving them new life. At the time the Bolivar Cofradia Lost & Found was done, it was announced that Andrews and Caldwell had blended the cigars. What puzzled me was why a collaboration blend that was already developed would have the Lost & Found name. As it turns out, Lost & Found would soon announce it was moving away from the concept of rescuing cigars sitting in factories and would focus more on blend development.

With the background information out of the way, let’s break down the Bolivar Cofradia Lost & Found Oscuro Robusto and see what this cigar brings to the table. 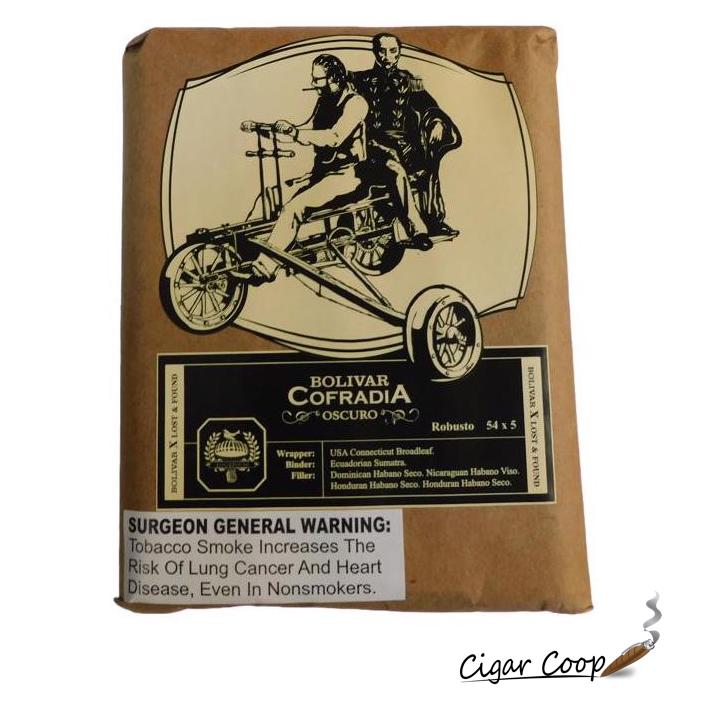 The Connecticut Broadleaf wrapper of the Bolivar Cofradia Lost & Found Oscuro Robusto had a dark roasted coffee color to it. There was some mottling on the surface of the wrapper as well as a light coating of oil. There also were some visible veins and visible wrapper seams. The cigar itself had a very subtle Cuban press to it.

The secondary band also has a black, gold, and antique white color scheme. The center of the band has a back stripe with the text “BOLIVAR X LOST & FOUND.” There is gold and antique white striping above and below the black stripe.

A straight cut was used to commence the smoking experience of the Bolivar Cofradia Lost & Found Oscuro Robusto. Once the cap was removed, it was on to the pre-light draw experience. The cold draw delivered a mix of hay, cedar, leather, and a touch of coffee. This was a satisfactory pre-light draw. At this point, it was time to light up the Bolivar Cofradia Lost & Found Oscuro Robusto and see what the smoking phase would have in store.

The Bolivar Cofradia Lost & Found Oscuro Robusto opened up with notes of mocha (a fusion between coffee and chocolate), earth, cedar, and white pepper. Early on the mocha notes moved into the forefront. The earth cedar and pepper notes became secondary. Throughout the first third, there were times the mocha had more of a coffee influence and other times more of a chocolate influence. There was some smoothness in the flavor profile. Meanwhile, on the retro-hale, there was a combination of black pepper and coffee notes.

During the second third of the Bolivar Cofradia Lost & Found Oscuro Robusto, the mocha notes started to showcase more coffee qualities. The earth notes also joined the coffee in the forefront. In the background, the cedar and pepper notes rounded things out. As the cigar progressed through the second third, there was an increase in the pepper.

The final third saw the fusion of the mocha notes pretty much come apart. There were both coffee and earth notes as the primary flavors. Any residual chocolate note present joined the cedar and pepper notes. This is the way the Bolivar Cofradia Lost & Found Oscuro Robusto came to a close. The resulting nub was cool in temperature and firm to the touch.

While the Bolivar Cofradia Lost & Found Oscuro Robusto started out with a low maintenance burn, as it moved into the second third, it required more touch-ups to maintain a straight burn path and straight burn line. While the touch-ups did the trick, there were more touch-ups required than I preferred. The burn produced a silver-gray ash with some dark streaks. This was an ash that was on the firmer side. As for the burn rate and burn temperature, both were ok. 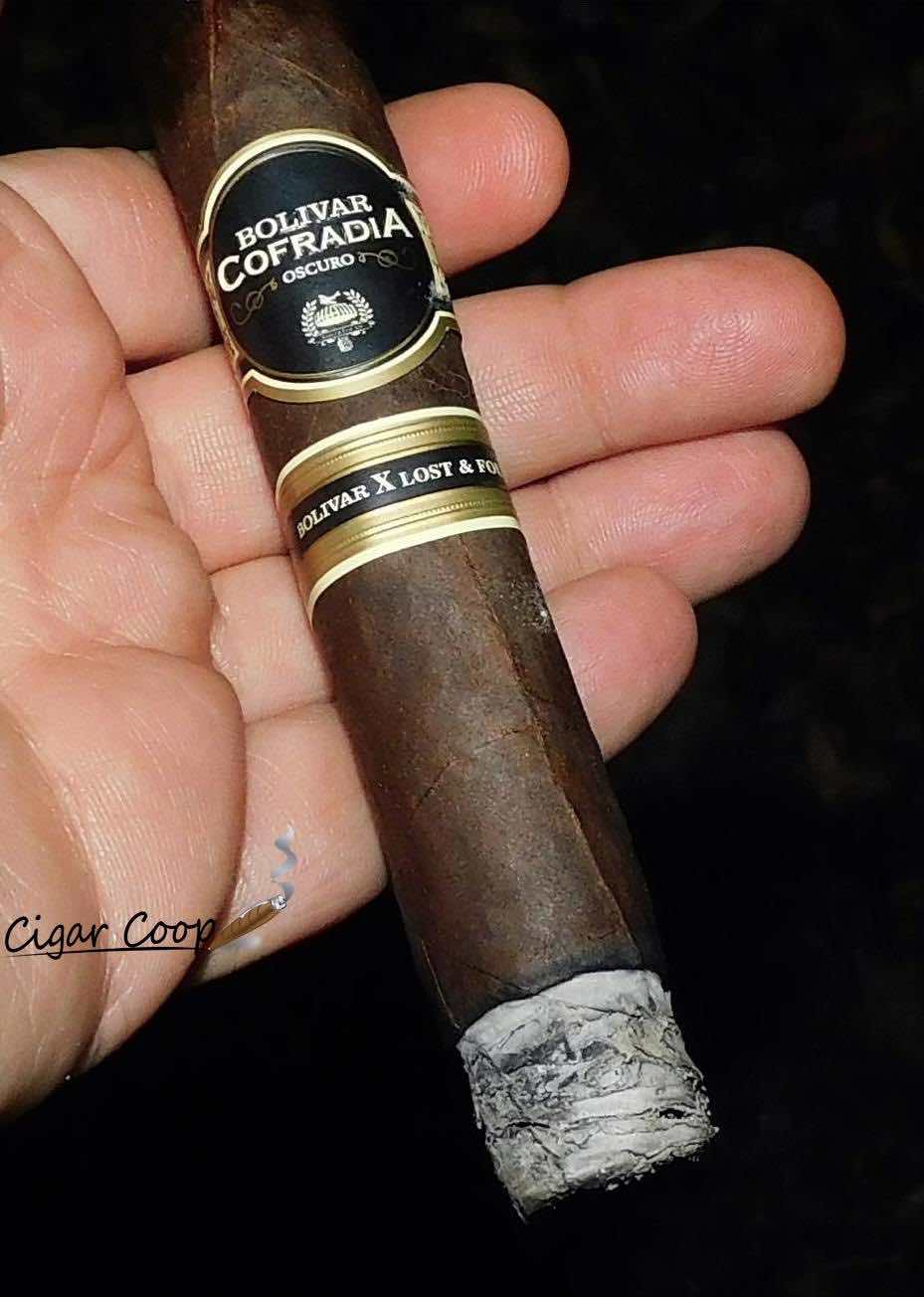 The draw to the Bolivar Cofradia Lost & Found Oscuro Robusto was on the open side. Normally I prefer a little more resistance on the draw. There were no adverse effects during the smoking experience that resulted from the open draw. This draw also produced a nice amount of smoke.

Both the strength and body balanced each other very nicely with neither attribute overshadowing the other. 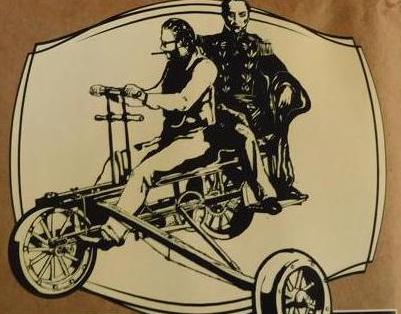 The Bolivar Cofradia Lost & Found Oscuro Robusto wasn’t the most complex of cigars. At the same time, it delivered a predictable flavor profile for a Connecticut Broadleaf. The flavors produced were excellent – and I also was impressed with the construction of the samples I smoked. For under $7.00, this cigar is still a great value. It’s a cigar that I could recommend to any cigar enthusiast. This is a cigar I would reach for and smoke again. Coming in at around $35.00 for a five-pack, this is a cigar that easily garnered box (bundle) worthy consideration.