The Decade of 2010-19 was certainly a dynamic one for the cigar industry. Outside the world of tobacco, the industry’s battle in the U.S. against the federal government on regulations was front and center. It would have been easy to pick that as the story of the decade, but in terms of a selection here, the decision was made to look at a topic that impacted the industry as a whole. The selection here might be a surprising one, but it’s one that changed the cigar industry quite a bit. 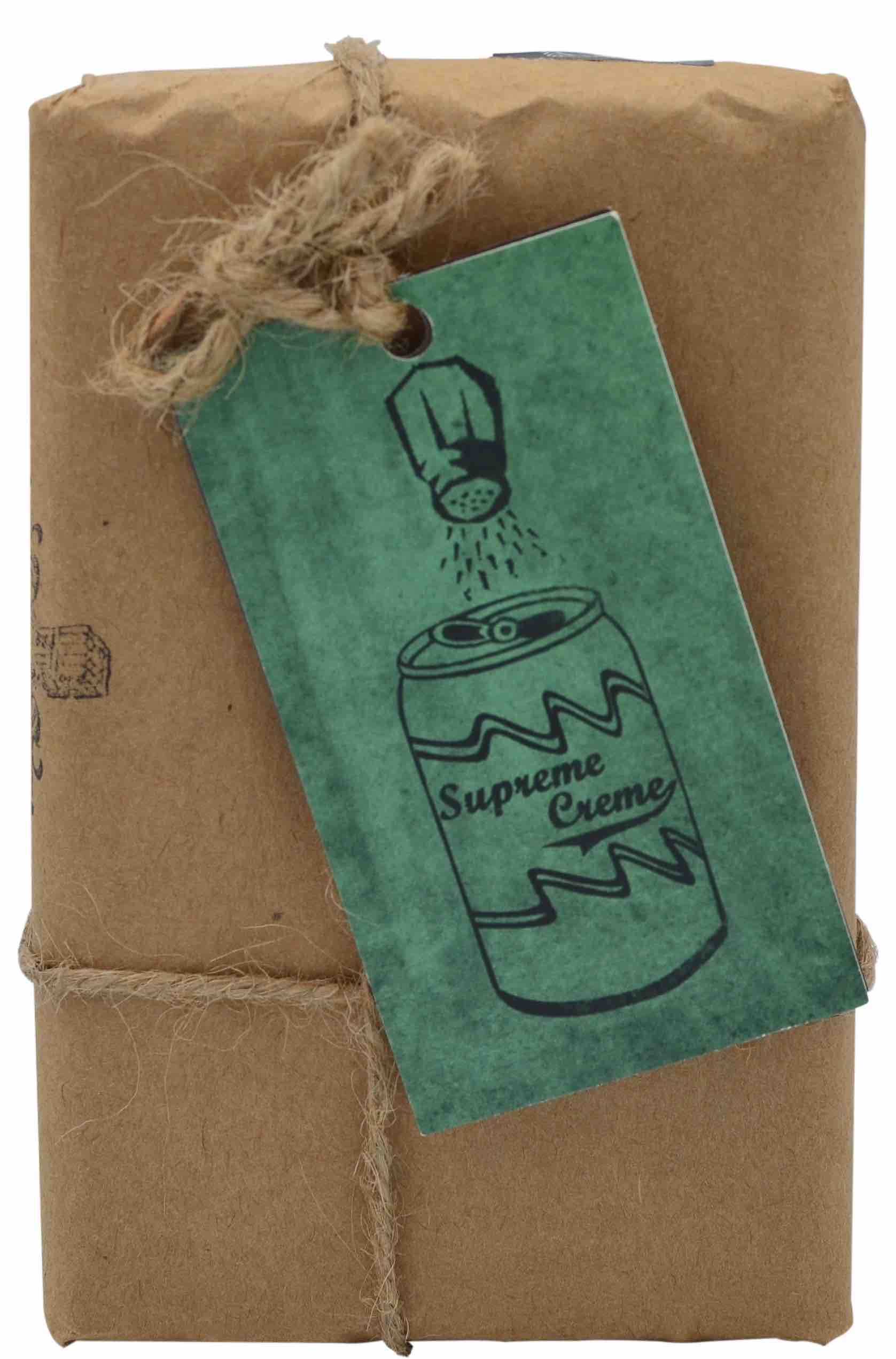 What’s so special about Fried Chicken and Pepper Creme Soda when it comes to cigars?  Not much really – except these names are two examples of poster children for what has become my story of the decade – small batch agile releases. I could even dare to say “gimmicky” cigars.

In terms of bringing a cigar to market, there are two ways to do it. One could either go through a formal product development lifecycle from conception to shop or find something that’s already existing on the market and brand it as your own (what I am terming the small batch agile releases). Both have been used in the cigar industry prior to this decade – whether regular production or small batch limited releases. This decade there was something very different about it. Not only were a lot of the cool kids doing it, but it tapped into a segment of cigar enthusiasts who were already hungry for some new and limited.

The Launch of Lost & Found

To understand a little about how this story erupted, one has to go back to early 2014. Late in 2013, Robert Caldwell had departed CLE Cigar Company and was making plans to get back into the cigar industry. While he was getting ready to launch Caldwell Cigar Company, there was another project he was getting ready to launch called Impromptu Cigars – a brand that eventually became known as Lost & Found Cigars. It’s a project for which he teamed up with Tony Bellatto of La Barba Cigars and graphic artist Jaclyn Sears (for a short time the company was also called Bellatto/Caldwell/Sears). The concept of Lost & Found was simple – Caldwell and company would procure cigars that were sitting at various cigar factories.  These cigars could be never-released blends, factory errors, or excess production of various cigars. The cigars would be repackaged and rebranded and then released featuring mazos and creative artwork. The repackaging and rebranding was a key part of what Lost & Found was doing as this was some very creative work.

The first Impromptu/Bellatto-Caldwell-Sears/Lost & Found releases would see cigars such as Back Door Bambi, Lost Reserve, One Night Stand, and Pepper Creme Soda. The cigars became an instant hit.

What Lost & Found Cigars did wasn’t a new concept. One could argue that Viaje Cigars has done this with some of their small batch agile releases. There were even suspicions that Foundry Tobacco Company did this with some of their releases – most notably with Compounds, Elements, and Musings. Many house cigars and “shop exclusive” releases also would fall into this category. You might even remember Dave Garofalo of Two Guys Smoke Shop’s infamous “Chocolate Bar” release that looked like a candy bar made by a famous company. At the same time, there was something very different about Lost & Found’s small batch agile releases -namely, they were very transparent about it. These weren’t cigars that were undergoing a traditional product development cycle. Lost & Found was essentially telling consumers it wasn’t developing cigars, but seeking these cigars out and rebranding and repackaging them.

The formula seemed simple. Caldwell and Bellatto were finding great cigars, and combining with Sears’ creativity on the packaging end, Lost & Found was working. More cigars came – and the packaging got more innovative and we started to see peanut bags, butter sticks, and Chinese Take-Out cartons. 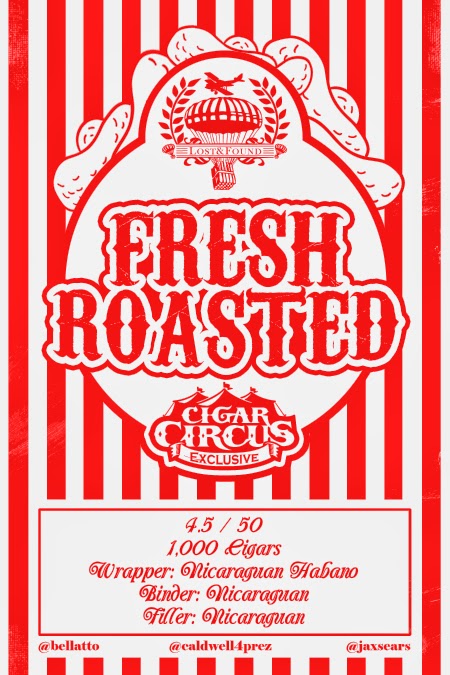 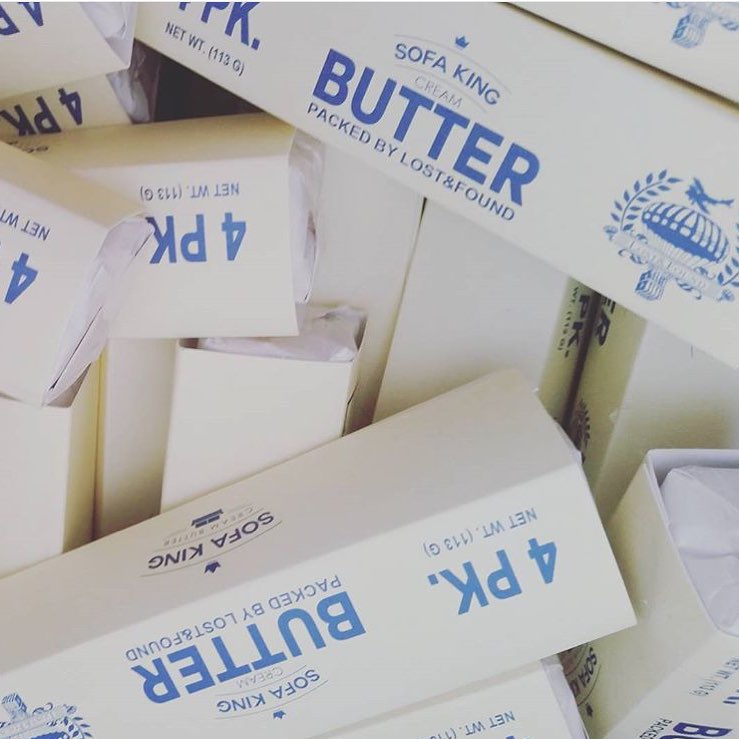 The timing was also ideal for Lost & Found. 2014 was the year the U.S. Food and Drug Administration (FDA) announced the deeming regulations were coming. Those regulations became effective in 2016, but during this time it afforded many factories the opportunity to reduce inventories. Many factories saw a risk of being stuck with this inventory if at some point they would be prevented from being sold in the U.S. market, thus projects like Lost & Found were attractive to them.

From a marketing standpoint, while some brick and mortar stores brought in the Lost & Found cigars, it seemed like Lost & Found targeted the online market. It wasn’t the big catalog companies that were the target – it was the smaller Internet sales outlets. Obtaining these releases proved strategic for several of these smallIinternet outlets because it gave them something “new, different, and limited” to sell.

Lost & Found isn’t the only company that built its business model on these cigars. Ezra Zion Cigar Company was an upcoming small batch cigar company. The company built up some very popular core lines including Jamais Vu, Tantrum, FHK, and Eminence. They became a key part of the House of Emilio family, but in 2015 they made a major change in the direction of the company. They started to introduce small batch projects such as Fried Chicken and Burnt Ends. Similar to Lost & Found, these cigars were produced in small batches and packaged in mazos with creative artwork. One thing different is that Ezra Zion would adopt a direct sell to consumer model for these releases. These cigars soon quickly garnered a following.

Eventually more releases from Ezra Zion would follow: Makin Bacon, Ugly Christmas Sweaters, Brass Knuckles, and the Raven are just a small sample of the cigars that were released. The company has essentially now built its entire business model on these small batch releases. One thing that is different is that while there have been “extra aged” cigars obtained by the company, Ezra Zion has also stated many of these small batch releases have been the result of blending sessions.

Ezra Zion would also use its ownership in the  “Cigar Federation Store” as a exclusive channel for some of these releases. In 2018, it would acquire Nomad Cigar Company from Fred Rewey and essentially transformed that blend into a third channel that would focus on small batch, direct to consumer releases.

Most would expect that since Lost & Found and Ezra Zion Cigar Company are small batch efforts they would be too small to impact the market the way they did. However, these companies established a business model that others took note of. This was the establishment of an agile platform to bring things to market quicker – and target a consumer base hungry for new and limited releases. The early part of the decade saw the “what’s new” movement in the cigar industry take off. However, it soon was clear that companies could not keep up with this demand in the traditional sense of product development and this agile approach made keeping up with this demand easier. Perhaps Viaje and Foundry saw this early on, but Lost & Found and Ezra Zion capitalized on it.

From a marketing standpoint, there are often no marketing or promotion needed since small batch agile releases aren’t large releases designed for long term regular production. Certainly doing a press release for each small batch release is not going to produce the ROI. As a result, the Lost & Found and Ezra Zions have resorted to other avenues such as social media or email to promote these releases.

Some of the Others

As the second half of the decade progressed, there were plenty other of these types of releases that soon hit the market. Some would incorporate some of the practices we discussed for these small batch agile releases.

In 2016, Ventura Cigar Company, the premium cigar arm of Kretek International announced its “Case Study” series – and they pretty much took the transparent approach that Lost & Found did. It was a planned series of 26 blends that were obtained from various factories. The difference is these used simple cabinet box packaging as opposed to mazos. It’s hard to say how successful they were with this because the full roll-out of this series has essentially stalled.

While its unclear of the origins of the Tatuaje Potluck Series, one could suspect it falls into this category. This was a series of event-only cigars that were available for purchase at Tatuaje events. On the surface they seemed like agile-like releases – cute names (meats), mazo-packaging, and some creative artwork on the packaging labels. From the reports of retailers who did these events these were wildly successful.

The La Zona factory has certainly done its share of small batch agile releases – for itself such as some of its private labels and Cigar Dojo exclusives. Cubariqueno Cigar Company obtained some cigars from a factory. They packaged one of those into a cigar called Protocol John Doe. Within a matter of hours, 300 ten-count bundles were sold out.

A Mazo Doesn’t Mean One Size Fits All

It’s also fair to say that just because a cigar is packaged in a mazo doesn’t mean it’s one of these small batch agile releases. For many years, Drew Estate has used this approach for some of its core regular production line releases such as Kentucky Fire Cured and Nica Rustica – and these hit the market well in advance of the launch of Lost & Found. If anything, one could argue the Lost & Found and Ezra Zion releases were influenced by Drew Estate.

This past year Robert Holt of Southern Draw Cigars. chose to release some of his company’s limited edition cigars such as Rose of Sharon Desert Rose and Kudzu Lustrum. According to Holt, he chose the mazo route to reduce costs to consumers to obtain some of his more limited cigars.

But there has been something that just doesn’t set well for me. While I love to see “what’s new” and enjoy limited editions as much as anyone, this isn’t the way I want to see it. I love the old school romanticism of packaging and branding. A cigar called “Waffle Cone” or a premium cigar like a Davidoff in a paper bundle just doesn’t excite me.

My position for advocating for press releases is well-documented, and the fact many of these releases don’t have press releases is certainly not going to have me doing handstands. But in reality, that’s a secondary point to the fact that I just am a traditionalist when it comes to most cigar releases.

Regardless of my personal feelings, these releases changed the cigar industry in the decade of 2010 through 2019. As FDA regulations begin to be enforced – particularly around substantial equivalence and threats of plain packaging, one has to wonder if this will be a story once 2029 comes to a close.