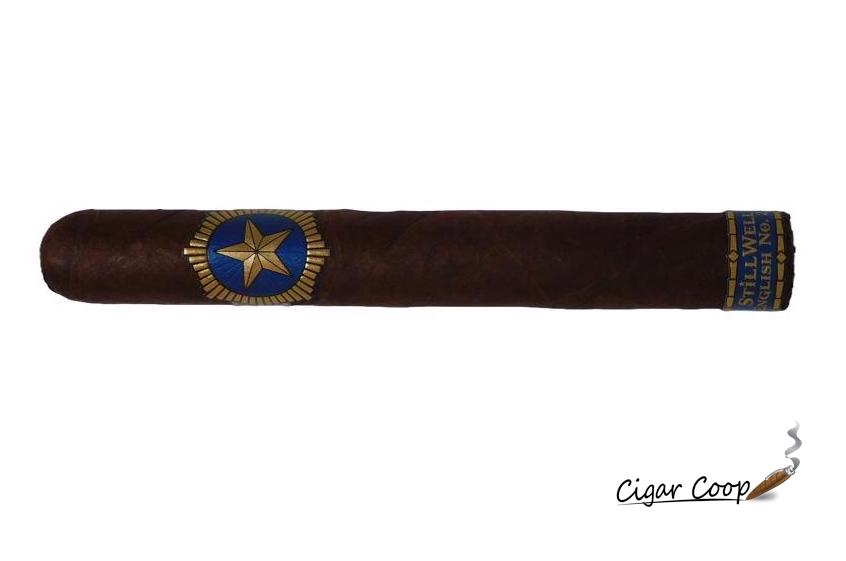 Today we take a look Dunbarton Tobacco & Trust’s (DTT) StillWell Star English No. 27. The StillWell Star project is a DTT’s line where each of the blends incorporates pipe tobacco as part of the filler. The line was launched at the 2021 Premium Cigar Association Trade Show and would make its debut later that year. While some might be surprised DTT and its founder Steve Saka would release pipe tobacco cigars, it turns out this is not something totally out of his wheelhouse. It turns out that for over 30 years, Saka has also been a pipe smoker. In fact over the years, he has incorporated some of his favorite pipe tobaccos into cigar blends for personal enjoyment. When the COVID-19 pandemic came around, Saka decided to explore the concept and see if he could scale things from a personal cigar project to a brand.  For the project, Saka turned to Jeremy Reeves of Cornell & Diehl. Cornell & Diehl has experience with many of the best luxury pipe blends out there including G.L. Pease, BriarWorks, Two Friends, and Drucquer & Sons. It turned out that Reeves was also a cigar smoker and Dunbarton Tobacco & Trust was one of his favorite brands. When Saka told him of what he was doing with the personal blends, Reeves was equally intrigued and the project was underway. Four blends would debut in 2021 and StillWell Star English No. 27 was one of them.

Without further ado, let’s break down the StillWell Star English No. 27 and see what this cigar brings to the table.

Each of the four StillWell Star blends is available in one size – a 6 x 52 Toro. Each is presented in 13-count boxes.

There are two bands on the StillWell Star English No. 27. The primary band is common to the four regular production blends of StillWell Star. This band has a blue background with gold font. On the front of the band is a large star with a gold sunburst-style frame around it. The remainder of this band has various gold adornments going around it including some smaller gold stars.

The secondary band of the StillWell Star English No. 27 is a footer band that is unique to the English No. 27 cigar. It is also blue with gold font. On the front of the band is the text “STILLWELL ENGLISH NO. 27 in gold font. The band has a gold tile-style trim along the upper and lower edges.

A straight cut was used to remove the cap of the StillWell Star English No. 27. Once the cap was removed, it was on to the pre-light draw. The cold draw delivered notes of cedar, earth, partially ripened blackberries, and smokiness from Latakia. While this was an unusual pre-light draw, it still was one that satisfied me. At this point, it was time to remove the footer band of the StillWell Star English No. 27, light it up, and move on to the smoking phase.

Later in the first third of the StillWell Star English No. 27, the smokiness kicked up and became the primary note. The pipe tobacco influence of this cigar was definitely kicking in. Meanwhile, the cedar, blackberry, earth, pepper, and chocolate notes rounded out the flavor profile. This continued up until the midway point of the cigar. As the StillWell Star English No. 27 entered the second half, the smokiness subsided slightly.

As the cigar moved through the latter part of the second half, the cedar, pepper and berry notes increased. As the cigar moved into the final third, there wasn’t much change. The smokiness still had a slight edge with the cedar, blackberry, earth, pepper, and chocolate notes still present. By this point, there was a slight bit of sourness present as well. This is the way the StillWell Star English No. 27 came to a close. The resulting nub was soft to the touch and cool in temperature.

The StillWell Star English No. 27 started out with a sharp burn and maintained a straight burn path. On each of the samples I smoked, the burn path started to meander in the second third and required more touch-ups. The touch-ups did rectify things, but I found more touch-ups were needed than I prefer. The resulting ash was light gray and had a firm texture. The burn rate and burn temperature were both ideal. 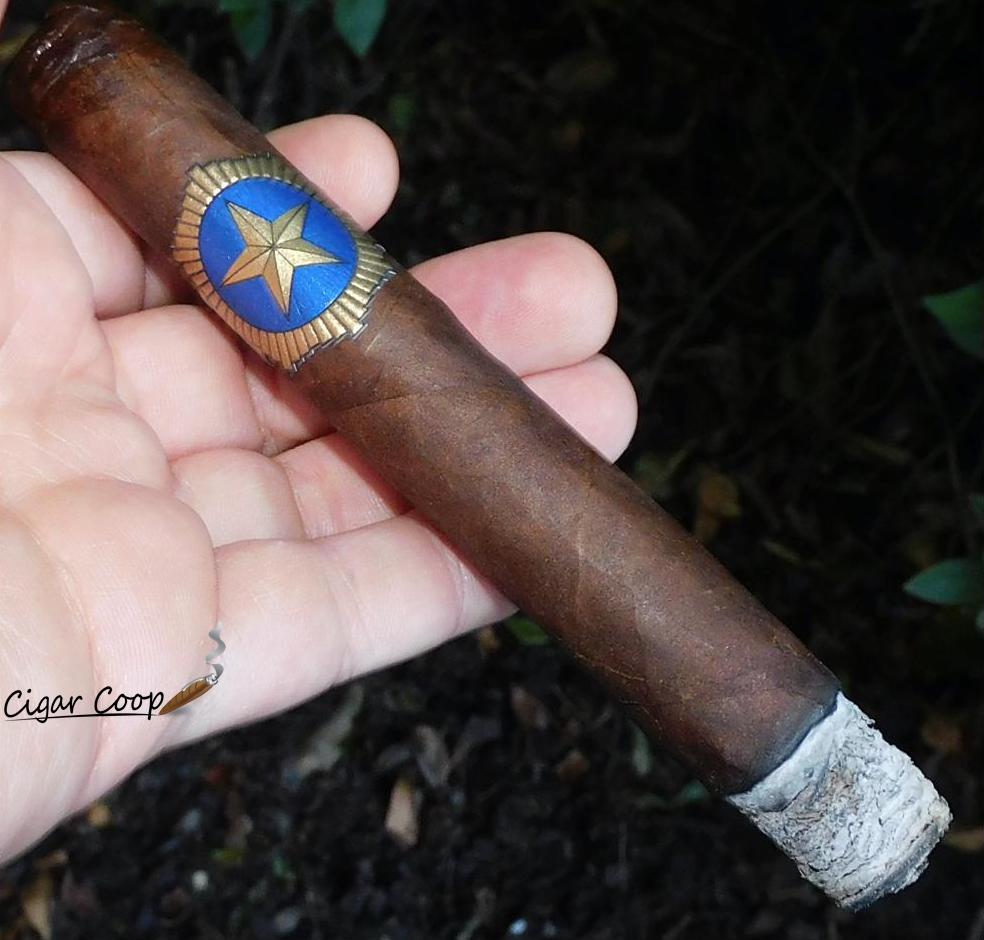 Burn of the StillWell Star English No. 27

The draw to the StillWell Star English No. 27 was a little more open than I prefer. Normally I like a little more resistance on my draw. In the end, this had no adverse experiences in regards to the smoking experience.

Overall the StillWell Star English No. 27 delivered a medium-strength, medium-bodied smoking experience from start to finish. There was a slight uptick in the intensity of both attributes along the way, but in the end, the cigar remained in the medium range of the spectrum. In terms of strength versus body, the body maintained an edge.

When it comes to the StillWell Star English No. 27, the influence of the pipe tobaccos is definitely felt – particularly when the smokiness increases in the first third. What really surprised me is I was fully expecting the pipe tobacco to dominate the blend and limit the degree of complexity this cigar would deliver. This was simply not the case as I got more flavor nuances than I expected. As for the flavors themselves, I’m not sure this cigar did it for me. I think the reason why I smoke a cigar over a pipe is I enjoy cigar tobacco better, but I admire many of the unique qualities about this cigar. In the end at $15.00 plus, this is one that I would encourage giving a try first and seeing what you think – especially if you are pipe fan.