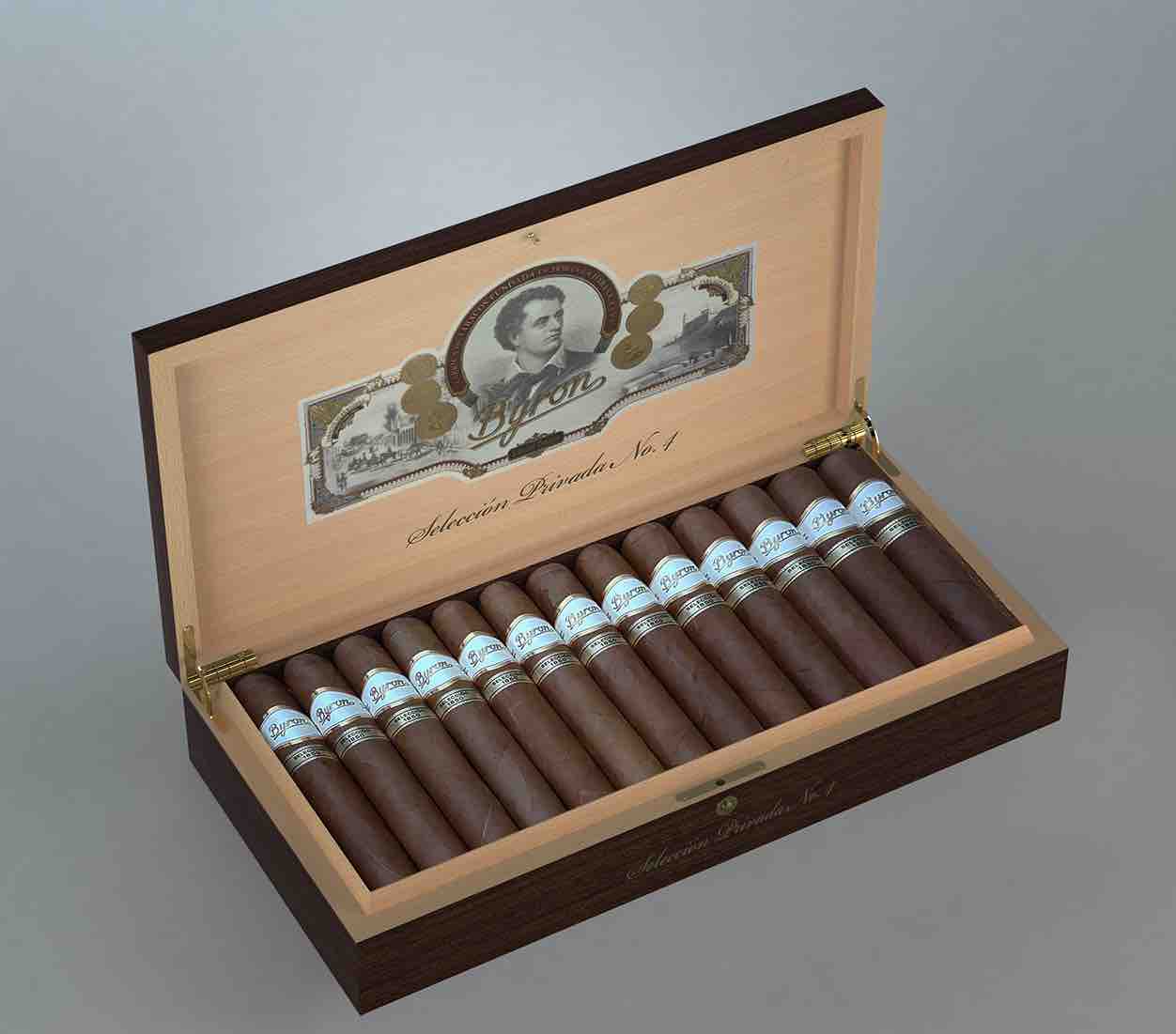 On November 17, the long-awaited Byron 1850 will make its debut at the Byron Cigar Lounge in Schaumberg, IL. The Byron 1850 is the fourth line under Selected Tobacco’s Byron line and was previewed this past summer at the 2022 Premium Cigar Association (PCA) Trade Show.

It was in 1850 when the first Lord Byron cigar was created by the great-great-great-grandfather of Selected Tobacco Owner Nelson Alfonso. The cigar is being released in anticipation of the celebration of the 175th anniversary of the Byron line. Alfonso founded Selected Tobacco with a vision to offer the market cigars that were aged with a purpose. While Selected Tobacco ages its brands in cedar lined rooms, the Byron 1850 is also aged in French oak rooms after they are rolled. Humidity is raised and lowered to allow the cigars to breathe anywhere from two to five years depending on the line. “Cedar is to cigars as oak is to wine,” said Nelson Alfonso. “The years we take to age the cigars in this process have a purpose and we hope this is appreciated in the smoke.”

Aging with French Oak was an experiment Nelson was testing after learning the about the complexity that the French Oak could offer. Some of the most famous wines in the world use French Oak barrels and this became an obsession to incorporate a new wood into the aging rooms for Nelson. The results after five years of post-roll age in both Cedar and French Oak aging rooms are the Byron 1850 and the recently released Alfonso Añejos.

The Byron 1850 features an Ecuadorian wrapper over a Peruvian binder and fillers from the Dominican Republic and Nicaragua. It will be available in four sizes as well as two additional vitolas for events only. Each will be presented in 25-count boxes with logo-embossed hinges and a push-button clasp in the front. The top and sides feature golden print on a dark, glossy walnut exterior finish with soft felt on the bottom of the box.

The following are the sizes available event only. These sizes will be available at the Byron Cigar Lounge launch as well as at a launch at the Industry Cigar Atabey Private lounge later this month. Future events have been scheduled with retailers who will then have access to the event-only vitolas.

For more details on the Byron 1850, see our IPCPR Pre-Game Coverage:

Selected Tobacco is distributed in the U.S. by United Cigars.