2014 marked a change in direction for Crowned Heads in a couple of different ways.  First up, the company started working with the Garcia family at the My Father Cigars factory in Esteli, Nicaragua.  Production at this factory now gave Crowned Heads a Nicaraguan manufacturer to go along side long time Dominican-based manufacturing partner Tabacalera La Alianza (owned by Ernesto Perez-Carrillo).

The second change is that after mostly focusing on regular production releases from 2011 to 2013, the company put a lot of emphasis on limited and regional releases for 2014.  This definitely marked a change in philosophy by the company.  The 2014 limiteds include: The Angel’s Anvil (a 2014 release for the TAA), the annual limited edition Las Calaveras, Arrington Vineyard Double-W (an exclusive to Arrington Vineyards in Tennessee), Headley Grange Snaredrum (for Federal Cigar in New Hampshire), and Hecho Con Corazon (a limited release for Hickory Cigar Club), Tennessee Waltz (a regional exclusive for the state of Tennessee), and the Mason Dixon Project (two regional cigars for the northern and southern U.S.).  With the exception of The Angel’s Anvil and Snaredrum, these limited and regional cigars are coming out of the My Father Cigars factory.

Without further ado, let’s take a closer look at the Buckingham and see what this cigar brings to the table.

The Buckingham uses a San Andres Mexican wrapper.  It is the second Crowned Heads cigar to use a Mexican wrapper (the other being the regular production Jericho Hill)

The Buckingham is available in one size – a 6 x 46 Corona Gorda.  The cigars are packaged in ten count mazos.  A total of 200 mazos (2,000 cigars) were made.  Cigar Federation has reported the cigars sold out during the pre-sale.

The Buckingham has a rich mocha color to it.  Overall the wrapper has a rather smooth appearance. The surface of the wrapper has a slight amount of oil on it.  There are some thin visible veins and the wrapper’s dark color does a good job at hiding the wrapper seams.  There is a nice subtle barnyard aroma from the cigar.

The Buckingham comes as an unbanded cigar.

Prior to lighting the Buckingham, I went with my usual choice of a straight cut.  Once the cap was removed, I moved on to the pre-light draw.  The cold draw provided a mix of coffee, earth, and some light pepper spice.  Overall I considered this to be a solid pre-light draw.  At this point I was ready to light up The Buckingham an see what the smoking phase would have in store.

The start to the Buckingham delivered a pepper blast common to many of the cigars made by the Garcias at the My Father Cigars factory. I found the pepper to be more of a white pepper note. The pepper subsided and notes of mocha joined the spice. Shortly afterwards notes of earth and a slight grapefruit sweetness emerged in the background. Meanwhile on the retro-hale, the white pepper was still quite prominent.

Throughout the first two thirds, I found the mocha flavor to be the primary flavor.  There were some subtleties with the mocha.  At times it demonstrated more of a coffee flavor.  At other times it had more of a chocolate flavor. There were also times the grapefruit sweetness moved into the forefront, but mostly remained a secondary note.  The grapefruit sweetness did occasionally exhibit some sourness, but this varied from sample to sample I smoked. The pepper also was in the background, but was prominent on the retro-hale.

On the last third, the pepper moved back into the forefront joining the mocha notes.  There was some slight harshness from the pepper toward the end of the cigar.  The grapefruit notes had diminished by this stage of the smoke.  This is the way the Buckingham finished up.  The resulting nub was cool in temperature and soft to the touch.

The Buckingham scored nicely when it came to burn and draw.  The burn required minimal touch-ups to keep it straight.   The resulting ash was tight and firm with a mostly white color.  The ash came off the Buckingham in nice clean chunks.  The burn rate and burn temperature were both ideal. 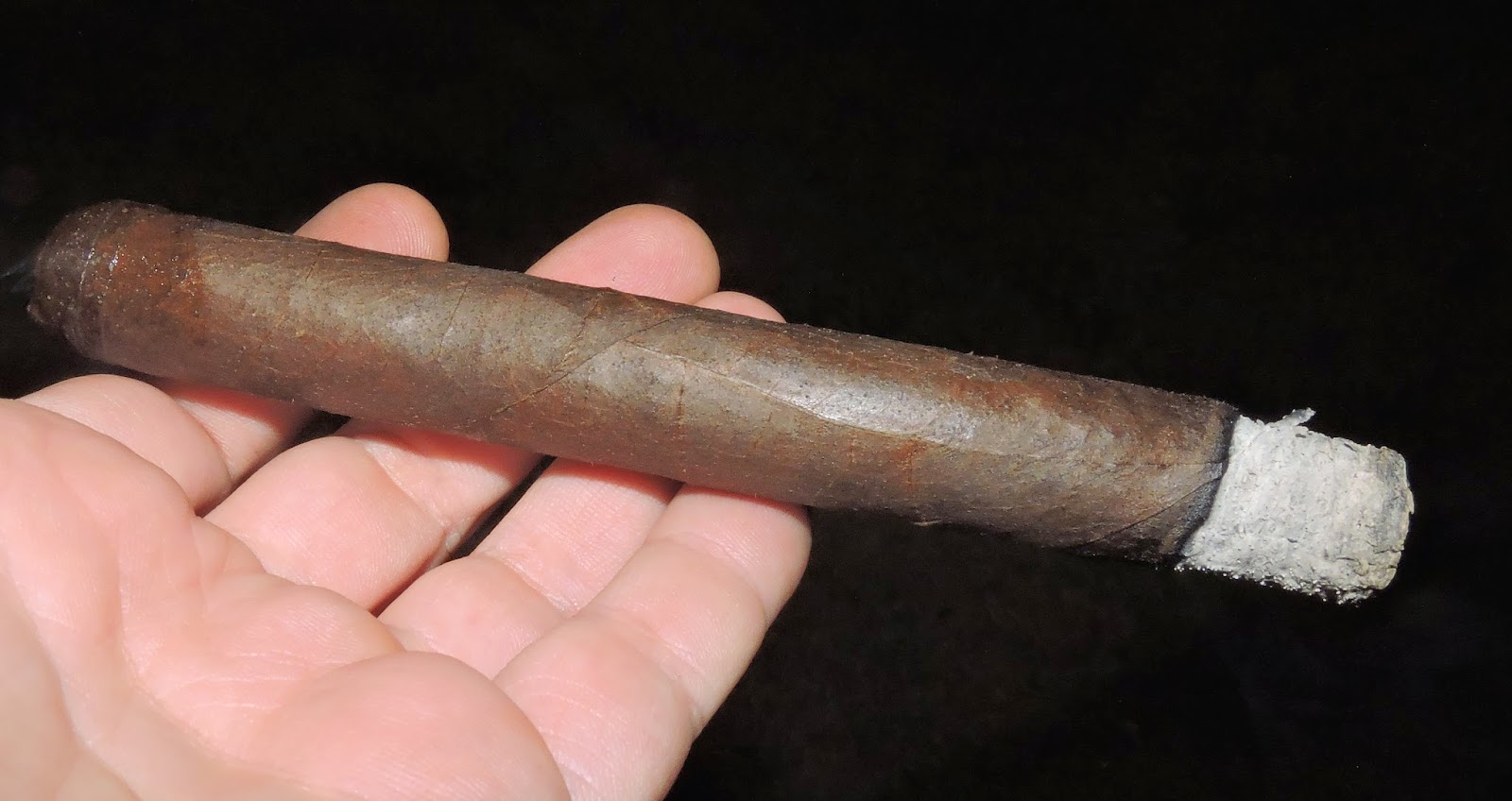 The draw had a touch of resistance to it – which is something that I like.  The Buckingham produced a nice amount of smoke for a draw that wasn’t overly loose.

There were a couple of things that I really liked about the Buckingham.  The first is that it did offer a fuller smoke than many of the other Crowned Heads smokes I have had.  The second was that it did deliver some nice flavors.  This was not an overly complex smoke.  It very much had a dominant mocha flavor throughout, but as I mentioned the mocha flavors delivered some nice subtleties along the way.  Personally I would have liked to have seen some more variety in the flavors, as I said the ones it did produce were very nice.  Given this cigar has a stronger profile, it’s probably one I’d position to a more seasoned cigar enthusiast.  As for myself, this is a cigar I’d smoke again – and it’s one I’d recommend a five pack.