For the sixth consecutive year, the Cigar Coop brand will be providing coverage of the International Premium Cigar and Pipe Retailers (IPCPR) Association Trade Show and Convention. For the past three years we have brought to you our multi-part preview series on what to expect from the show. This year we made some changes. We have opted to start the series later in June, and streamline it to five parts from seven. Streamlined does not mean less coverage.  We are still committed to delivering more coverage than ever – and this will be done through our on-going product reports. Earlier this month, we announced that we would be eliminating the Five Boutiques to Watch segment. This was not an easy decision as this was one of the most popular posts of the year. Basically this feature had run its course and it was time to change things up.

Today we begin with a look at the Trade Show itself and what to expect.

What is the IPCPR?

What is the IPCPR Trade Show and Convention?

It is an annual gathering that provides an opportunity for cigar industry to showcase and sell products to cigar retailers. Typically cigar manufacturers will use this event to launch and showcase their latest products. Often “show deals” will be provided by manufacturers to provide incentives to buy product.

In addition there are a series of educational seminars and social networking events.

Because this is a retailers’ organization, the Trade Show and Convention are geared specifically for retailers and attendees must be members of the IPCPR.

When and where is this year’s Trade Show and Convention?

For the first time in five years, the IPCPR Trade Show and Convention returns to New Orleans, Louisiana:

What’s the big changes this year?

This is the first trade show with a full year under the operation of IPCPR CEO Mark Pursell. Pursell literally came to the 2014 IPCPR Trade in his first few days on the job.

One big change includes the addition of entertainment as the convention seems to be trying to make this more of an overall event. As we broke news back in February, the band “America” will be performing (for a $20.00 fee for members) at a Cigar Bash event.

A complaint last year was the vaping, hookah, and e-cigarette community being intermixed with cigars and pipes. This year, word is that will be a separate area.

What is the agenda?

July 17th is used for the Educational Seminars. For the most part, these are typically geared at the retail community

The IPCPR Annual Meeting and Breakfast will feature motivational speaker and author Larry Winget. It is also anticipated that new IPCPR Officers and Board of Director slots will be named. The past few years has also included “step up” awards to the retail and even manufacturer community. This is followed by the traditional opening of the Trade Show.

The event featuring the Band America will be held after the trade Show.

What about dwindling attendance?

There has been a perception that attendance has been down in recent years, most notably at last year’s show. Last year, no official numbers have been provided, but there was some controversy over whether the numbers were lower or whether it looked like less people because of more space. IPCPR as an organization considered the show a huge success because of the amount of booths it sold to vendors.

There are legitimate concerns about this year’s show in the retail community. First, the brutal weather in the Northeast has many retailers we talked to concerned. Some are not sure whether they are going to leave their shops as many consider their presence at the shop critical.  We heard this from several retailers who didn’t go last year, we’ve heard it again this year.

Second, many retailers have continued to say that as long as manufacturers honor show specials for buying outside the trade show, they don’t want to invest the money to go. In fairness we’ve seen some retailers step up and have a strict policy on show specials and “show only” cigars to help combat this.

Finally, the smoking ban has many concerned (see next section).

Will the smoking ban impact the Trade Show and Convention?

A comprehensive smoking ban was put into place in New Orleans earlier this year. This includes: restaurants, hotel rooms, outdoor arenas, stadiums, bus / streetcar stops, public buildings, parks, the Fair Grounds race course, and Harrah’s Casino. Smoking will remain legal at cigar bars, hookah bars, and tobacco shops that have been in operation before 2015. Smoking will also be allowed on Bourbon Street itself.

There amendments included the ability to smoke in the convention center, facilities being used for private events, cigar bars, and tobacco shops.

In terms of how this translates to the 2015 IPCPR Trade Show, there are two ways to answer this question. First as far as the Trade Show and Convention being held at the Ernest N. Morial Convention Center, the amendments allow attendees will be able to smoke on the show floor.

However, IPCPR is much more about the cigar industry getting together as a whole, and typically the host city has served as hub for after-hours networking and parties. This is where options will become limited – especially indoors. Many of the options that are available will be outdoors and I’m not confident a hot humid New Orleans evening is going to make relaxing with a cigar ideal. In fairness, IPCPR still has done a good job a mitigating this impact. The following are the options of where you can smoke:

IPCPR has published a smoking guide and is keeping it up to date.

What about the looming threat of the FDA?

The looming threat of FDA Regulation is there.  Nobody knows what will be coming.  Most likely if anything is announced it will not be implemented in time for the show.

What about the booths?

Some are very simple with a table and a chair or two, others are elaborate.  This really gives the trade show its own signature. 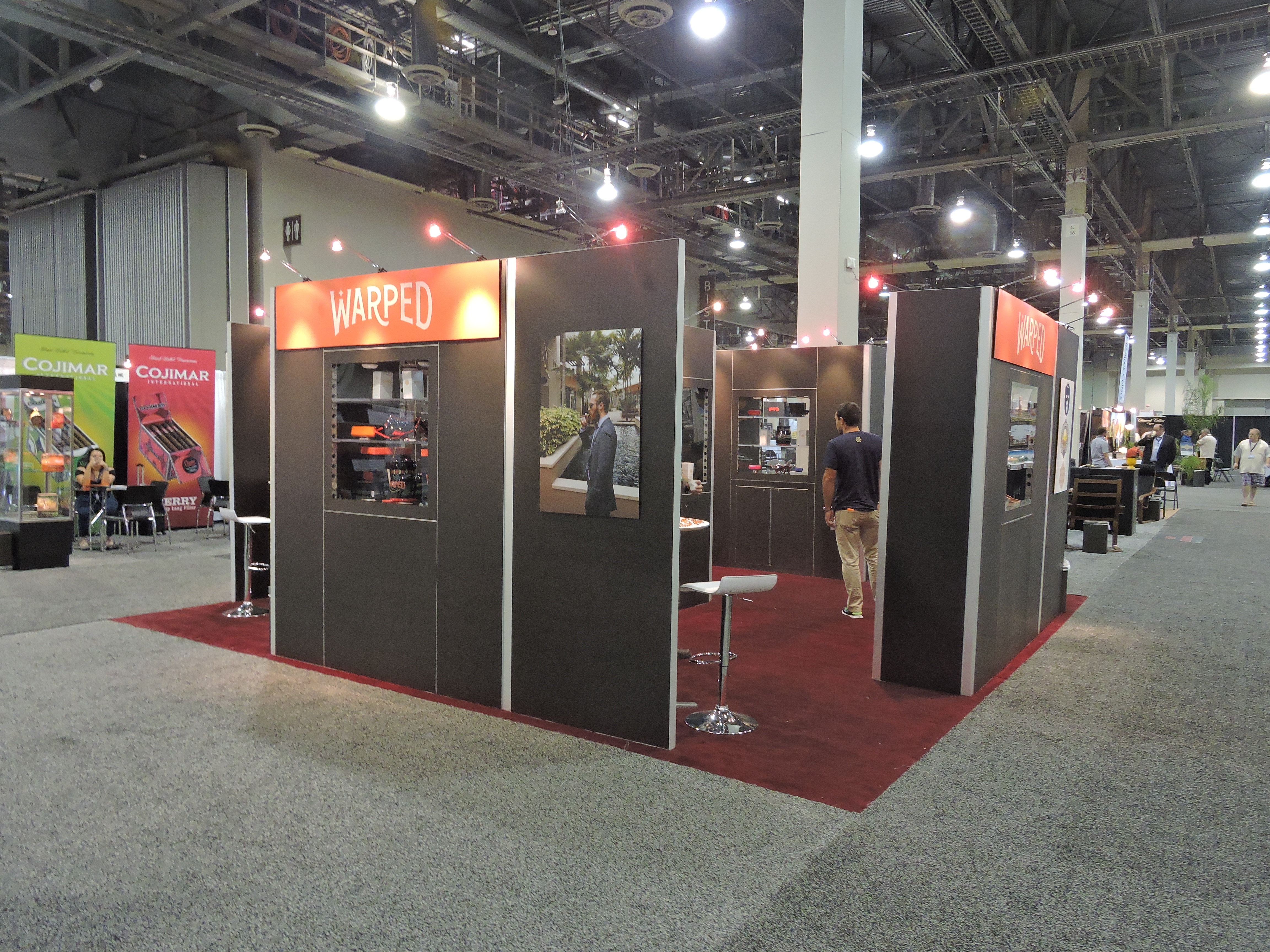 Can anyone go to the trade show?

No, it is not open to the public.  It is only available to IPCPR Members.

It was considered for 2013.  It was quickly defeated. As much as we know consumers want to come (and it’s a great thing to see), it just wouldn’t work. We gave our thoughts here on we felt this was the right decision.

How is Cigar Coop Going to the show?

We are considered Internet Media members of IPCPR and have credentials to cover the trade show.

Isn’t there friction between the IPCPR and Internet Media?

We consider this more of a few isolated cases with specific media outlets. We have covered the show for five years and have had a positive experience each year. We have been welcomed each year, and we appreciate the support IPCPR has given us.

How does Cigar Coop cover the IPCPR Trade Show?

We are very different.  Many media outlets / bloggers focus on video interviews and booth coverage.  We’ve  done some of both in the past, but ultimately we believe the product coverage should be front and center. The most exciting thing is learning about all the new cigars – and that will be what we do.

Will Stogie Geeks be broadcasting from the Show?

The answer is No. Because our goal is to deliver in-depth product coverage, that will be our focus and it focused best by pounding the pavement of show floor. We have plenty of opportunities to bring conversations with industry personalities throughout the year – and find our regular show a better forum to do that. This year will have wrap-up on the show as well as use Stogie Geeks News for discussion.

What will the Cigar Coop Preview Series be like?

In addition, IPCPR Pre-Game Coverage continues right up until the trade show begins.