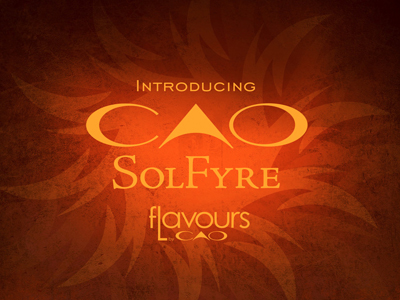 CAO Cigars has announced a new line in its CAO Flavours portfolio.  The CAO SolFyre is the latest addition to the brand’s flavored cigar profile.  CAO SolFyre is described as bringing together a combination of cinnamon and whiskey.  The cigar will be shipped at the end of June.

The addition of the CAO SolFyre is the first new release in the CAO Flavours line since 2013’s limited edition CAO American Slyce.