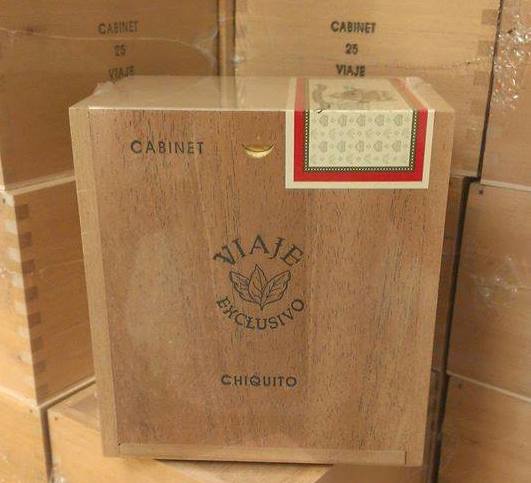 Viaje Cigars has shipped the 2015 edition of the Viaje Exclusivo Chiquito.  The Chiquito is a 4 3/4 x 51 figuardo.  It is a single small batch production that is only released once every two years to a select number of retailers.  For 2015, a single retailer – Atlantic Cigars / The Cigar Republic is the recipient.

The Viaje Exclusivo Series was launched based on Viaje founder Andre Farkas’ personal blend.  The cigar is a Nicaraguan puro featuring a Criollo wrapper. Recently four vitolas in the line have become a regular production offering, however the Chiquito remains a limited bi-annual offering.