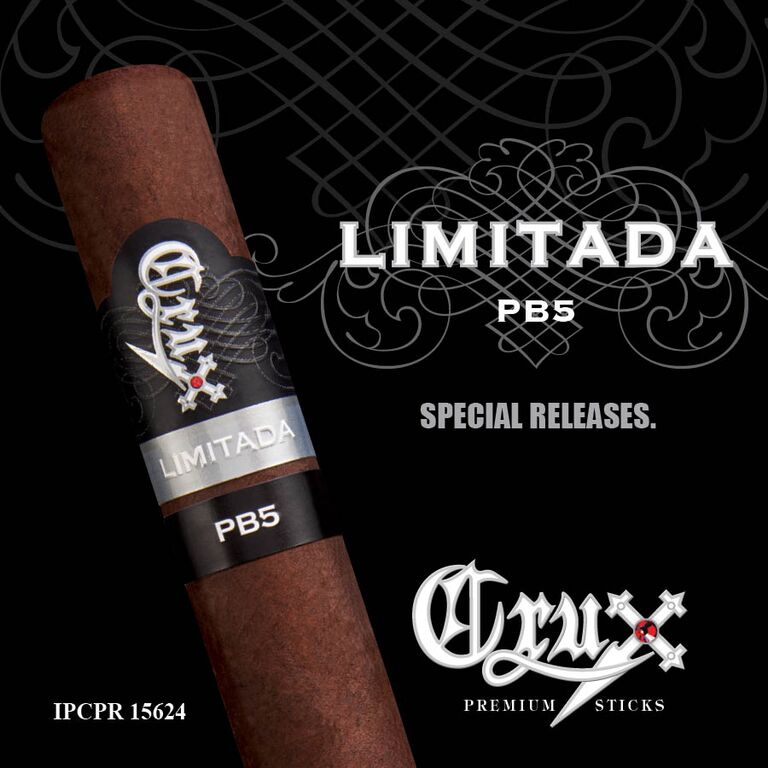 Crux Cigar Company has announced the third of its releases planned for the second half of 2015. The Crux Limitada PB5 is the first in what is planned to be an annual release small batch series. The PB5 will make its debut at the 2015 IPCPR Show along with the previously announced Crux Guild and Crux du Connoisseur.

The Crux Limited PB5 features what is called an Enganoso wrapper. The wrapper comes from Esteli, Nicaragua and was secured over three years ago. The binder is a Connecticut Broadleaf while five tobaccos make up the filler. As with all Crux releases, the cigars are rolled at Placencia Cigars SA in Esteli, Nicaragua. According to Crux, the final blend was a suggestion from a someone categorized as a “friend and fellow cigar manufacturer.”

Crux Limitada PB5 will be available in one size – a 5 3/4 x 54 Cuban-style box-pressed Toro Extra. The cigars will be packaged in 10 count boxes with a total of 5,000 cigars (500 boxes) planned for production.

Plans are for the Crux Limitada PB5 to ship in November.

At a glance, here is a look at the Crux Limited PB5:

The Crux Limitada PB5 will b available in one size – a 5 3/4 x 54 Cuban Style box-pressed Toro Extra.