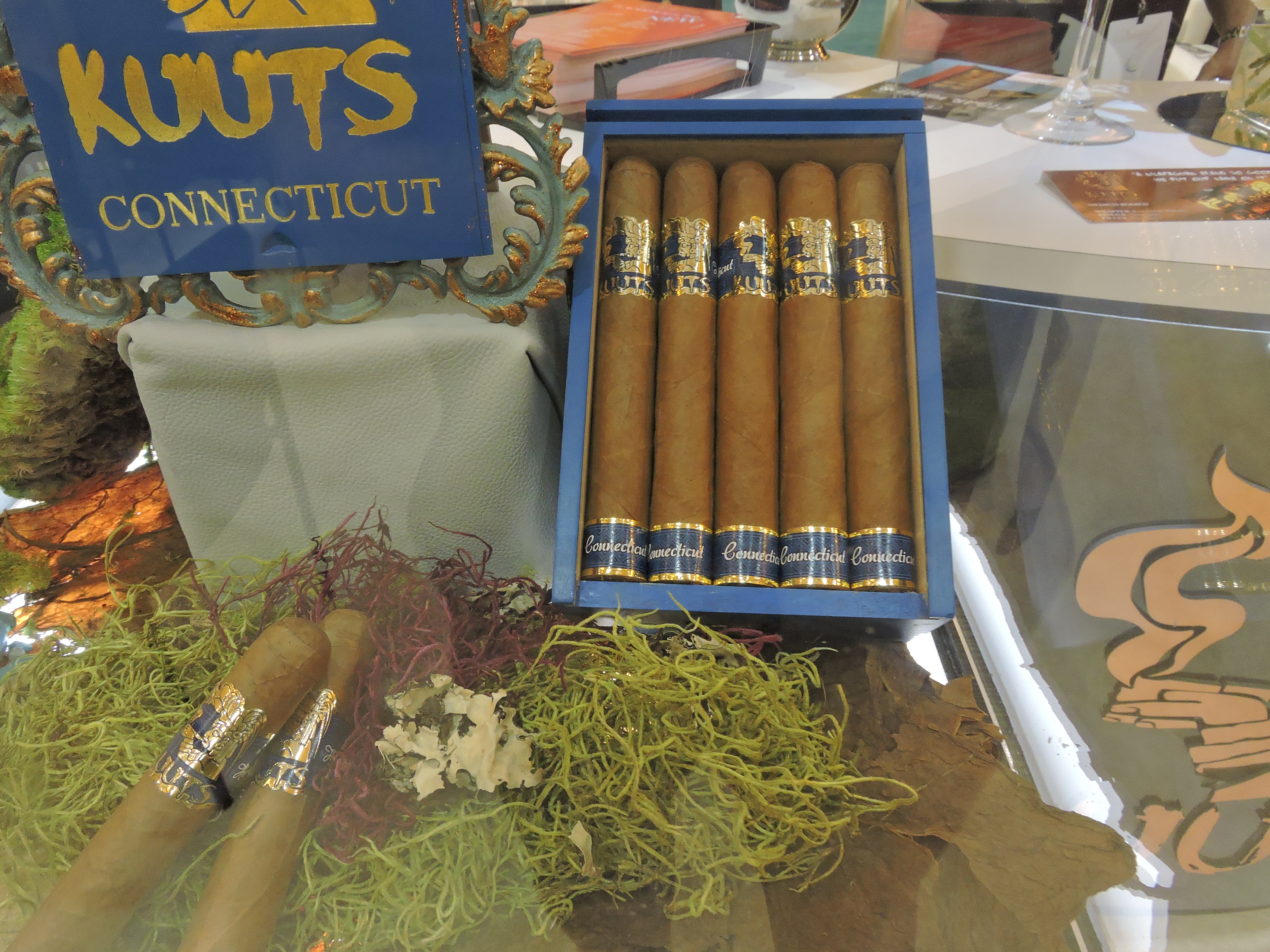 At the 2015 IPCPR Trade Show, Kuuts LLC showed off the new Ecuadorian Connecticut Shade offering.  The cigar is called Kuuts Connecticut and it becomes the company’s second blend to carry the Kuuts name in its title.

The 2015 IPCPR Trade Show was a busy one for Kuuts LLC.  In addition to launching the Kuuts Connecticut, the company has released the long awaited Miro Capa Negra and the new Placeres Serie Roja.

At a glance, here is a look at the Kuuts Connecticut: