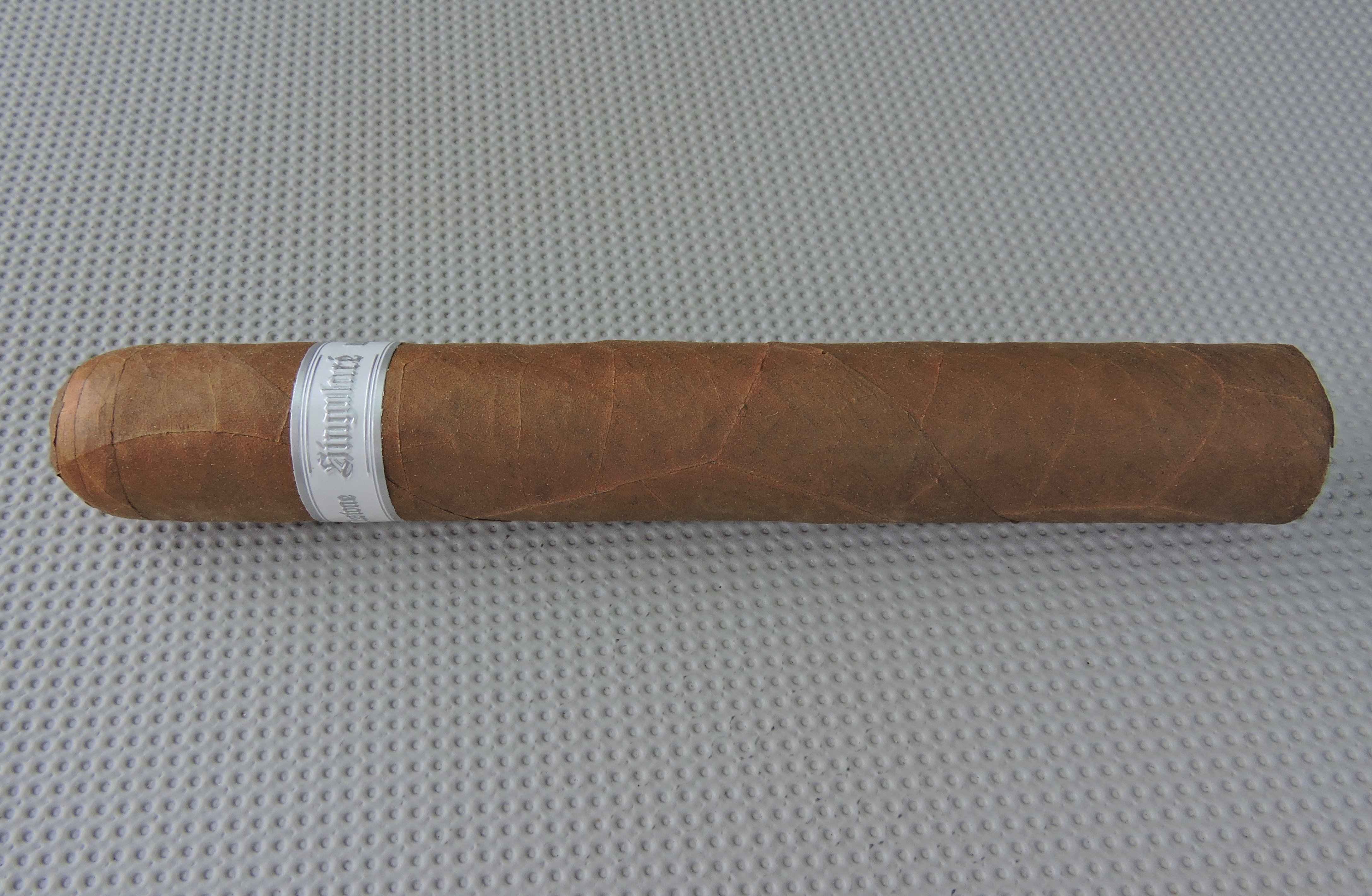 Singulare’ is an annual, Limited Edition cigar that changes in both size and blend each year. Each year, Dion Giolito scours bales of tobacco along with the farmers each year and picks a particular leaf component to blend around. These tobaccos are often times very rare and can only make a small run given the particular farm, lot and priming selected. Depending on yield, the yearly release can bring anywhere from around 500 to 1500 boxes to market.

As for the name Anunnaki, it refers to a to a group of deities from Ancient Mesopotamian culture. Without further ado, let’s take a closer look at the Illusione Singulare EL 2014 Anunnaki and see what this cigar brings to the table:

The Illusione Singulare EL 2014 Anunnaki is a 5 1/2 x 54 robusto-sized Nicaraguan puro. The cigars are packaged in 15 count boxes with a total production of 2,000 boxes.

For completeness, we list the other listings of the llusione Singulare EL line:

The wrapper to the Illusione Singulare EL 2014 Anunnaki has is medium brown with a cinnamon colored tint to it. The wrapper itself is somewhat oily. There are some visible veins and most of the wrapper seams are will hidden.

The band of the Illusione Singulare EL 2014 Anunnaki is the same one seen on previous editions. The band has a silver and white color scheme. It features the text “Singulare” in a gothic silver-colored font. To the left and right of that text is the text “illusione” – in a smaller gothic silver font. On the back there are two gothic letters in black font – “E and L”. There is also a silver stripe across the top and bottom of the band.

Prior to lighting up my Illusione Singulare EL 2014 Anunnaki, I went with a straight cut to remove the cap. Once the cap was successfully removed, I proceeded with the pre-light draw. The dry draw delivered some notes of sweet natural tobacco, a touch of mixed fruit, and a very subtle cedar spice. Overall I considered this cigar to have a satisfactory pre-light draw. At this point, I was ready to fire up the Illusione Singulare EL 2014 Anunnaki and see what the smoking phase would have in store.

The Illusione Singulare EL 2014 Anunnaki started out with notes of cedar sweet spice. These notes were soon joined by notes of fruit, natural tobacco, and nut. There was a slight pepper note on the tongue in the distant background. The cedar and pepper notes were also present on the retro-hale.

During the first third, the fruit, nut, and natural tobacco moved into the forefront. I found the cedar notes to be a close secondary note while the pepper was further distant.

Going into the second third of the Anunnaki, the cedar notes rejoined the natural tobacco notes in the forefront. The cedar seemed to more spicy as the cigar progressed through this stage of the cigar. Both the fruit and nut flavors subsided into the background. From time to time the fruit notes made an appearance in the forefront. The pepper still was a distant note.

During the last third of the Anunnaki, I found the primary notes to be mostly wood and cedar notes. This is the way the cigar experience came to a close. The resulting nub was firm to the touch and cool in temperature.

Overall I found the Illusione Singulare EL 2014 Anunnaki to be a well-constructed cigar and as a result, it scored very nicely on the attributes of burn and draw. The burn path and the burn line remained straight from start to finish – requiring minimal touch-ups along the way. The resulting ash had a light silvery gray color. The ash itself was not overly tight, but it was not a loose flaky ash either.  The combustion of this cigar was excellent – delivering an ideal burn rate and ideal burn temperature.

The draw performed quite well too. It was not a tight draw, nor was it a loose draw. This draw didn’t require a lot of maintenance to derive flavors from. I found this cigar did produce quite a bit of smoke.

From a strength perspective, I found the Illusione Singulare EL 2014 Anunnaki started out as medium. There was a slight increase in the strength along the way, and by the last third, I found this cigar had moved into the medium to full range. The body of this cigar followed a similar pattern. When factoring in the retro-hale, I found this to be a medium to full-bodied cigar right out of the gate. Toward the last third, the weight of the notes on the palate increased and this cigar had progressed to full-bodied.  When looking at strength versus body, I gave the edge to the body from start to finish.

I consider the Illusione Singulare to be one of the great annual releases in all of the cigar industry. I won’t say the Illusione Singulare EL 2014 Anunnaki is the best installment in the Singulare line, but its up against some epic smokes in this series. This is a cigar that has excellent construction and plenty of complexity. As for the flavors, I found the first half of this cigar better than the second half.  This is a cigar I’d probably steer more toward an experienced cigar enthusiast. As for myself, like the other installments of the Singulare, this is a cigar I would smoke again and certainly make room for in my humidor. It’s certainly worthy as a fiver in my book.