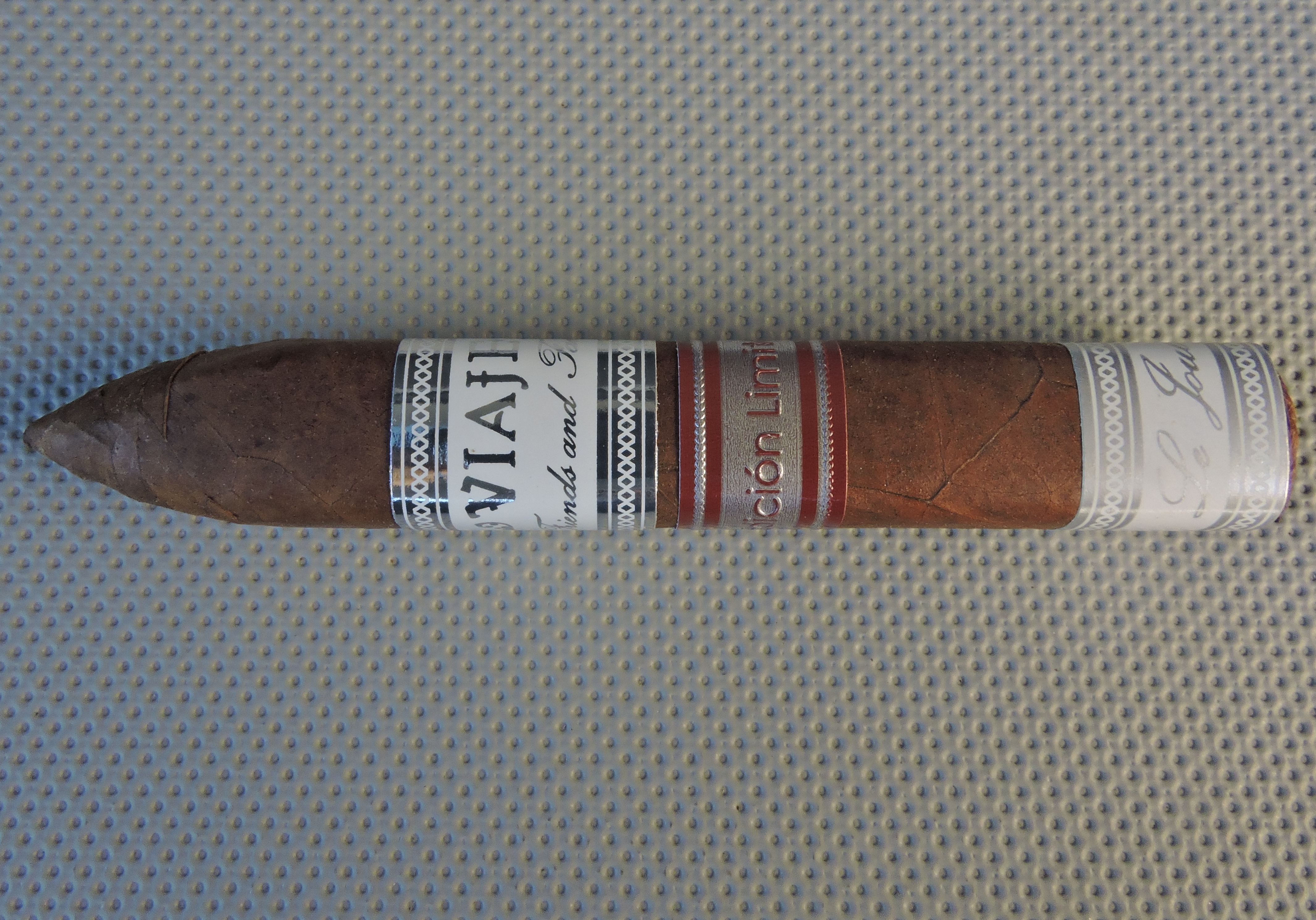 Right before Thanksgiving, Viaje authorized retailers received the Thanksgiving Seasonal release featuring the Viaje Stuffed Turkey 2015 and Farmer Bill Hatchet 2015 releases. However, select retailers also received a surprise shipment – a fifth vitola of the Viaje Friends and Family line. This one is called is in the form of a box-pressed torpedo called the Viaje Friends and Family Edicion Limitada Le Joueur.

The Viaje Friends and Family line was originally designed as a blend by Viaje President Andre Farkas as a personal blend for himself and people he was close to. The line was released for the first time in 2012, and since then there have been four previous installments made available across several small batch releases.

Blend details are not disclosed, but typically this cigar has been a Nicaraguan puro. The vitola name is called “Le Joueur” which is French for “The Player”. This name was used for the 5 x 52 box-pressed robusto size of Friends and Family (the second vitola released in the line). The Edicion Limitada Le Joueur is also 5 x 52, but it is in the form of a belicoso.

At a glance, here is a look at the Viaje Friends and Family:

Specific details of the Viaje Friends and Family Edicion Limitada Le Joueur have not been disclosed. Typically this cigar has been a Nicaraguan puro in the past.