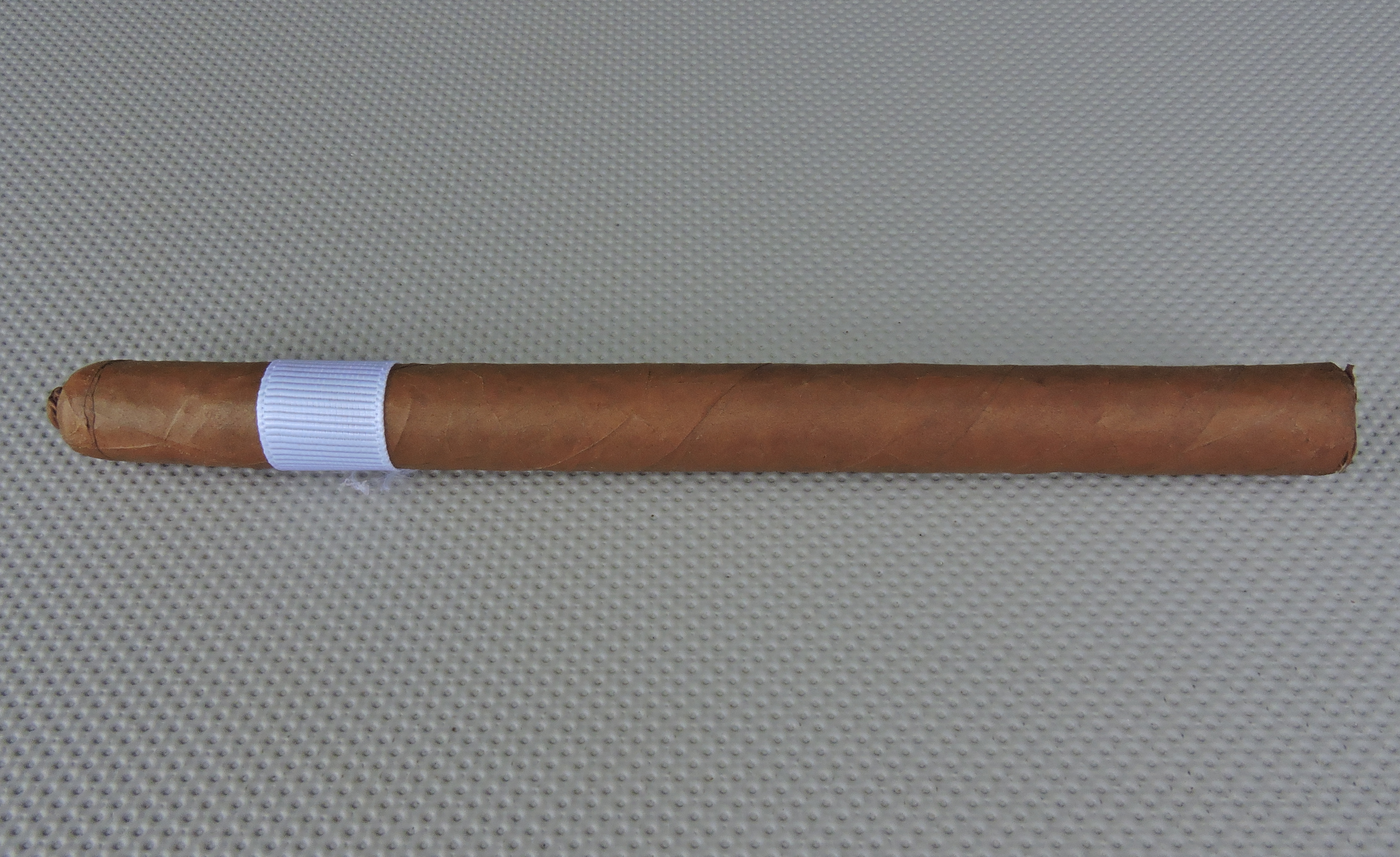 Last month, we broke news of a limited edition cigar by 262 Cigars called Suit & Tie. This cigar commemorates five years in business for 262 Cigars. It was back in 2010, when Clint Aaron launched 262 Cigars with his first release, the 262 Paradigm. Since then, 262 has grown its portfolio to five regular production lines. During this time, 262 Cigars has enjoyed a very strong and passionate following in the boutique cigar market. With Suit & Tie, this is the company’s first limited edition since 2012’s 262 Manifesto. Recently I’ve had an opportunity to smoke the 262 Suit & Tie in the Lancero vitola. Overall I found an excellent cigar that delivers what I would term a very classic smoking experience.

Suit & Tie came about when Aaron was working in the factory and fell in love with a particular blend. He decided to defer releasing it until he could figure out what to do with it. With 2015 being the 5 year anniversary of 262 Cigars, Aaron decided this would be the perfect opportunity to release the blend.

As for the name, it’s a departure from many of the other one word brand politically-inspried names he has used such as “Paradigm“, “Ideology“, “Manifesto“, “Revere“, and “Allegiance“.  For the Suit & Tie, Aaron decided to have a little fun.  He explained this when the cigar was announced:

“I was driving down the highway, smoking that blend, the windows were rolled down, and Suit & Tie by Justin Timberlake came on the radio. At that moment I knew that the cigar was destined to be put into production. I called Mike, Jerry, and Kyle and told them my hair-brained idea. They were on board and jumped right in; this has been a fun cigar to create. It had to be offered in my two favorite sizes, Box Press Toro and Lancero. It just made sense to call the cigar Suit & Tie; we really wanted to have some fun with this release.”

In terms of availability, 262 Cigars has made the Suit & Tie available to twenty-six select retailers.  Twenty-five retailers were located in the United States, plus one retailer in New Zealand.

Without further ado, let’s take a closer look at the 262 Suit & Tie and see what this cigar brings to the table.

As for the tobaccos and origins of this cigar, Aaron has said these will be kept under wraps.

There are two vitolas in the 262 Suit & Tie line – a lancero and a box-press toro. Each will be packaged in ten count boxes with a total production of 250 boxes per size.

These happen to be offerings that are not only Aaron’s favorite sizes, but staples in many of the other 262 Cigar lines. The inclusion of the lancero is not a surprise.  Aaron has been on the record as saying his goal is “to turn every brick and mortar into a lancero shop”.

The band is a simple white ribbed band – which coincides nicely with the theme of the Suit & Tie cigar.

As opposed to pulling the pig-tail cap off the Suit & Tie Lancero, I went with a straight cut to remove the cap as a whole. Once the cap was clipped, I moved on to the pre-light draw. The dry draw had a classic tobacco profile. I picked up notes of sweet natural tobacco and a slight woody note. Overall I was quite pleased with the pre-light draw of the 262 Suit & Tie Lancero. At this point I was ready to light up the cigar and see what the smoking stage would have in store.

The start of the 262 Suit & Tie Lancero picked up where the pre-light draw left off. There were notes of sweet natural tobacco, cedar, and generic wood. The natural tobacco moved into the forefront early on. The cedar and wood notes settled in the background. There also was a very subtle mint note in the distant background. On the retro-hale, I picked up some spice that was a mix of black pepper and cedar.

By the end of the first third, the cedar notes moved into the forefront joining the natural tobacco. As the Suit & Tie Lancero moved through the second third, the generic wood and mint notes were replaced by notes of nut and black pepper. The pepper note was a little more prominent on the after-draw.

By the midway point, I found the cedar notes were now in control as the primary note. The natural tobacco notes settled into the background with the nut flavors. Meanwhile, the pepper notes started to increase. By the last third, the pepper notes gave the Suit & Tie Lancero more spice in the flavor profile. There were still notes of natural tobacco and nut in the background. The flavor profile of the Suit & Tie Lancero remained this way until the end. The resulting nub was cool in temperature and slightly soft to the touch.

The burn of the 262 Suit & Tie Lancero scored quite well. The cigar maintained a straight burn path from start to finish. There was some minor jaggedness on the burn line, but in most cases this didn’t require a touch-up. The resulting ash was on the firm side. The ash had a near white color with some darker spots mixed in. The combustion of this cigar was also excellent as the 262 Suit & Tie Lancero maintained an ideal burn rate and ideal burn temperature from start to finish.

The draw to the 262 Suit & Tie Lancero also scored nicely. It was a draw that was not too tight, nor too loose. Overall I found this a low maintenance cigar to derive flavor from.

For the most part, 262 Cigars is known for making cigars that fall in the medium range in terms of strength and body. With the Suit & Tie Lancero, it holds to this profile as I found this to be a medium strength, medium-bodied cigar from start to finish. This was also a cigar where the strength and body balanced each other very nicely with neither attribute overshadowing the other.

The Suit & Tie Lancero isn’t a cigar that is going to deliver a revolutionary flavors, but what it does do is deliver some very classic flavors – and it’s going to deliver them very well. I found several things worked well with this cigar. First up I found the medium strength, medium-bodied profile really clicked nicely with the flavors produced. Second, I found this cigar worked extremely well in the lancero format. Overall, this was a really enjoyable cigar and one I would consider worthy of an anniversary cigar. This is a cigar that can be enjoyed by the novice or experienced cigar enthusiast. As for myself, this is a cigar I would smoke again – and it’s worthy of a box purchase.