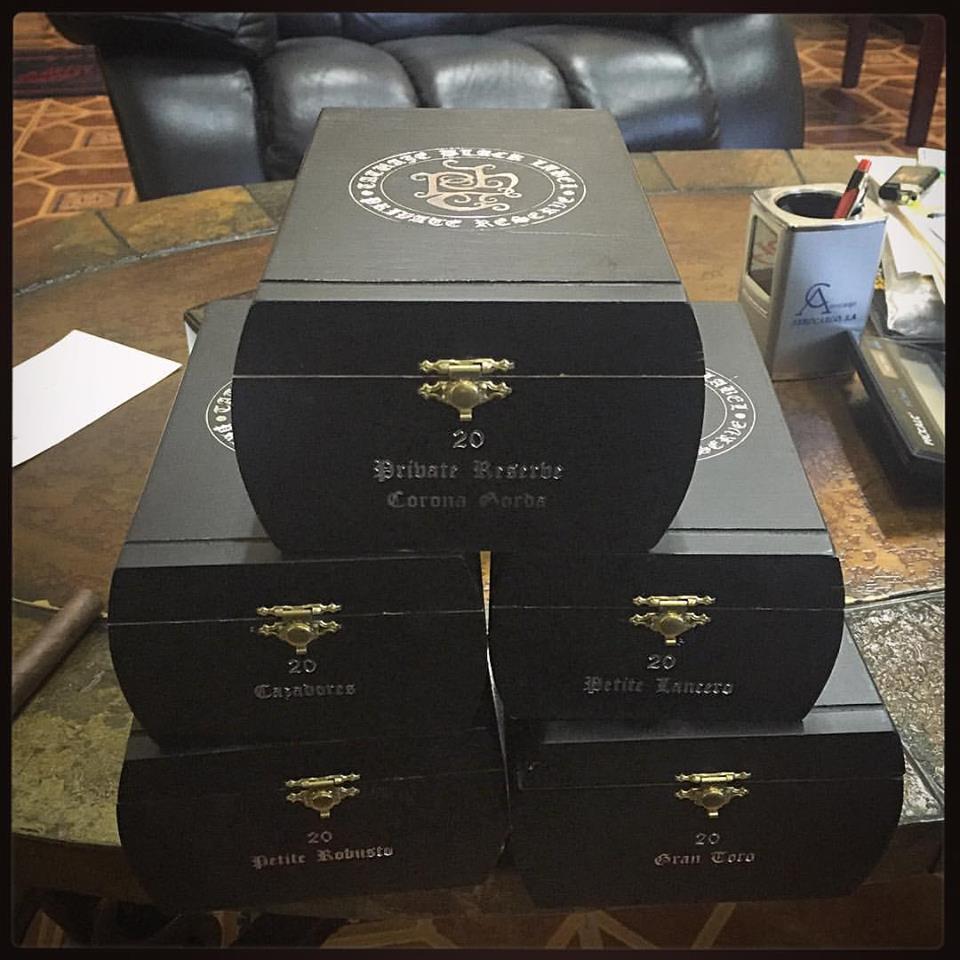 The background to the story of the Tatuaje Black Label goes back to where Tatuaje founder Pete Johnson visited an “island famous for its cigar making”.  Apparently Johnson had been given a cigar made by one of the locals and would smoke it each morning.   He felt that this was one of the best cigars he ever smoked.  After returning home, Johnson set out to recreate this cigar with his blending partners, the Garcia family, but using Nicaraguan tobaccos.  The end result was the Tatuaje Black Label was born.  It originally became Johnson’s private blend before eventually being released on a limited basis. In 2011, the Petite Lancero size became a regular offering.  In 2013, a large amount of the Corona Gorda size was produced as a jar release.

The Petite Lancero and Corona Gorda will now become regular offerings. There will be three new sizes added: Cazadores, Gran Toro, and a new size of the Petite Robusto. The cigars will now be offered in 20 count boxes – including the Corona Gorda which was previously a jar release.

At a glance, here is a look at the Tatuaje Black Label Private Reserve

The following are the five sizes that will be regular production with the Tatuaje Black Label Private Reserve line.