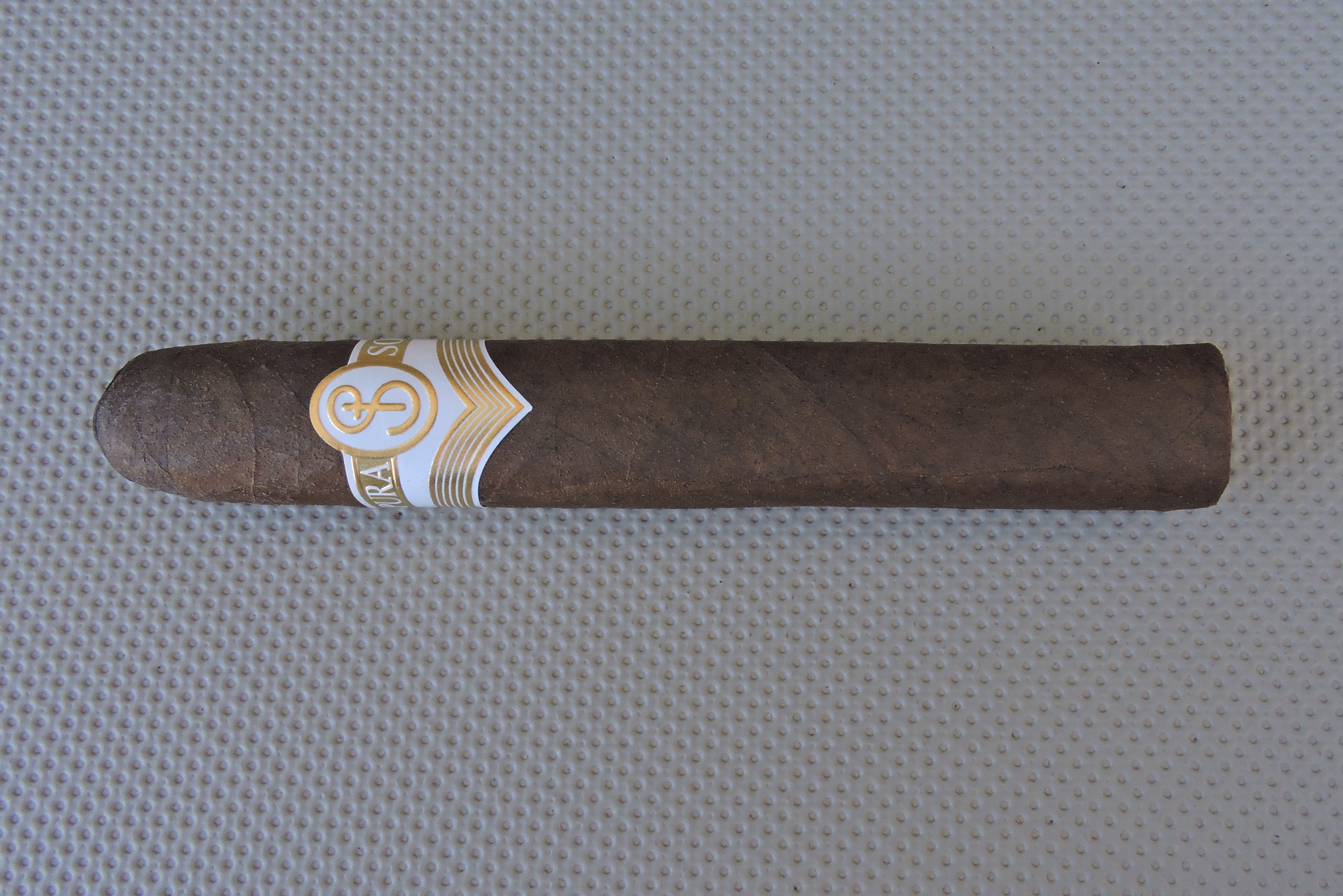 The connection between Wright and Eiroa goes back to the days when both were with Camacho Cigars. The Pura Soul line incorporates a theme of music into its branding. Wright himself is a jazz musician with over 40 years experience. When Pura Soul Cigars was launched, the brand was described as a “end result of a lifetime of passion, honesty and determination combined and assembled into a blend that the smoker can experience.”

Without further ado, let’s break down the Pura Soul Barber Pole 50 x 5 and see what this cigar brings to the table.

The Pura Soul Maduro is available in three sizes.  Each is packaged in 20 count cabinet boxes. The 50 x 5 Robusto is a box-pressed offering. 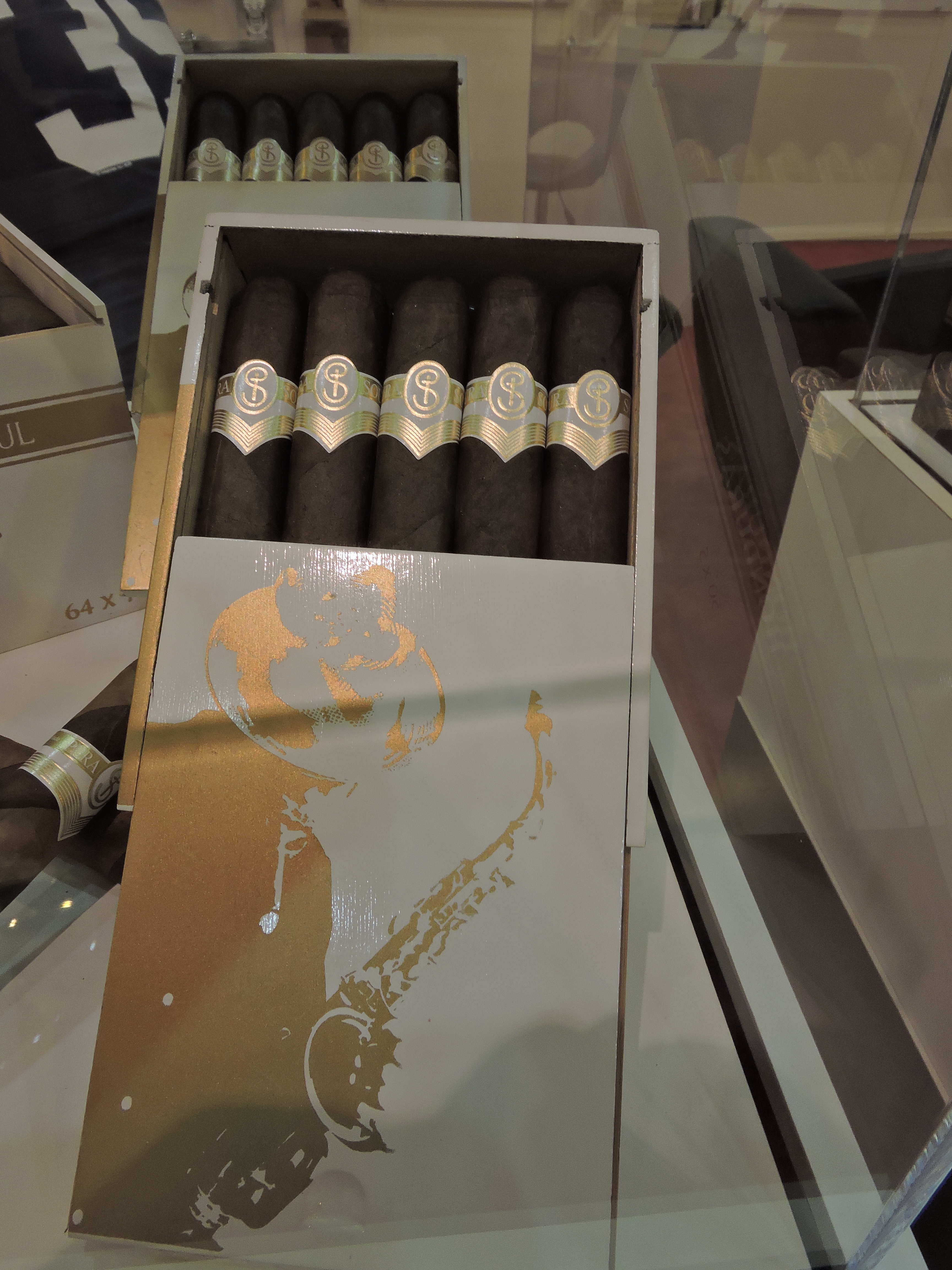 The Honduran Maduro wrapper of the Pura Soul Maduro 50 x 5 has a classic espresso bean color to it. Upon closer examination, some darker marbling can be seen on the dark colored wrapper. There wasn’t much in the way of oil on the wrapper, but this was still a smooth wrapper. I found the surface of the wrapper to be almost void of veins and any visible wrapper seams were quite thin. The box-press of the Pura Soul Maduro 50 x 5 has a “soft press” (i.e. not quite a sharp-cornered box press) style.

The band to the Pura Soul Maduro is a white and gold version of what has been seen on other Pura Soul releases. The band has a white background. On the upper center is a gold Pura Soul “S” logo. There is a gold stripe that protrudes this logo on the left and right. To the left of the logo on the stripe is the text “PURA” while on the right side is the text “SOUL” – both in white font. On the far left is the text “HAND MADE” while on the far right is the text “HONDURAS” – both in white font on the same gold stripe as the “PURA SOUL” text. The lower part of the band has gold striping arranged in a near chevron style.

The start to the Pura Soul Maduro 50 x 5 delivered some cocoa, cherry, and a mix of pepper and cedar. The cocoa notes moved primary early on while the cherry and spices became secondary. Meanwhile the retro-hale delivered a combination of black and white pepper.

During the first third, I found some earth notes emerged in the forefront and joined the cocoa flavor. Both the cocoa and the earth alternated in intensity. Meanwhile, the cedar and pepper notes were grounded as background flavors.  Toward the end of the first third, the cherry note became very subtle. Overall I found the flavors delivered by the Pura Soul Maduro 50 x 5 to mesh nicely.

By the second half, the cedar notes joined the earth notes in the forefront.  The cocoa notes had receded into the background. While the cedar had increased, the pepper notes still remained in the distant background. This is the way the flavor profile of the Pura Soul Maduro 50 x 5 continued until the end of the cigar experience. The resulting nub was firm to the touch and cool in temperature.

While the actual burn line of the Pura Soul Maduro 50 x 5 remained relatively straight, the early stages of the cigar saw some curvature on the burn path.  This resolved itself by the end of the first third and the burn took a straight path for the remainder of the cigar experience. The resulting ash was on the firm side with a salt and pepper color. The burn rate and burn temperature were both ideal. 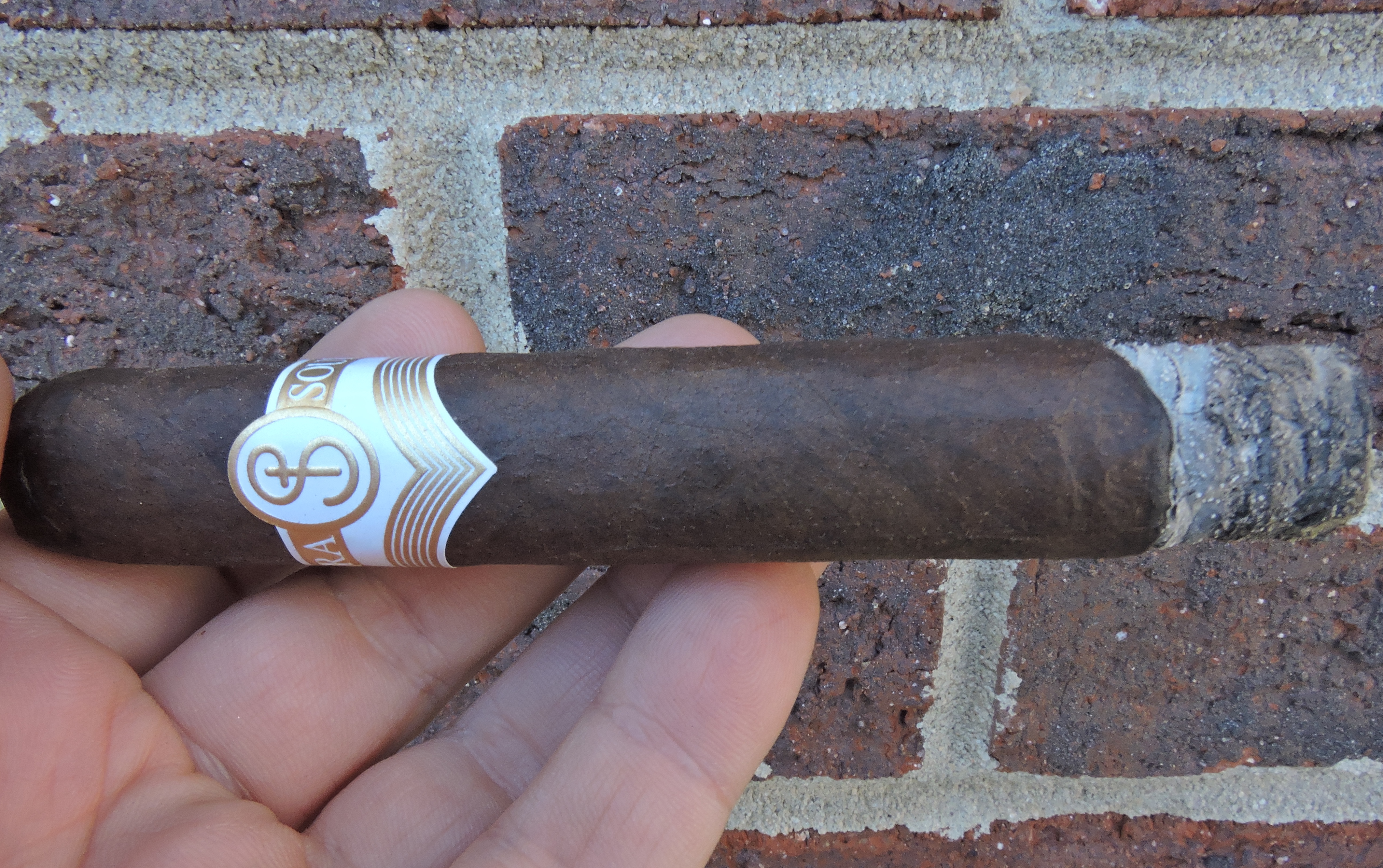 The draw to the Pura Soul Maduro 50 x 50 was open, but not loose. This led to a low maintenance and enjoyable cigar experience from start to finish.

The Pura Soul Maduro 50 x 5 is not going to be a cigar that overpowers you with strength. I assessed this cigar as being on the lower end of medium strength. As for the body,with the retro-hale factored in, I felt the flavors had enough depth to be considered medium to full. In terms of strength versus body, I found the body had the edge from start to finish.

I would put the Pura Soul Maduro 50 x 5 in the category where the notes delivered were not radically different than many of the maduro cigars that are out there. At the same time the Pura Soul Maduro does deliver a very nice flavor profile. Overall this is a solid cigar and worthy of being a rotation cigar. It’s a cigar I’d recommend to an experienced cigar enthusiast. It’s also a cigar that is perfect for the novice to move up to medium plus. As for myself, this is a cigar I’d smoke again. It’s worthy of multiple cigars in your humidor and easily worthy of a five pack purchase.