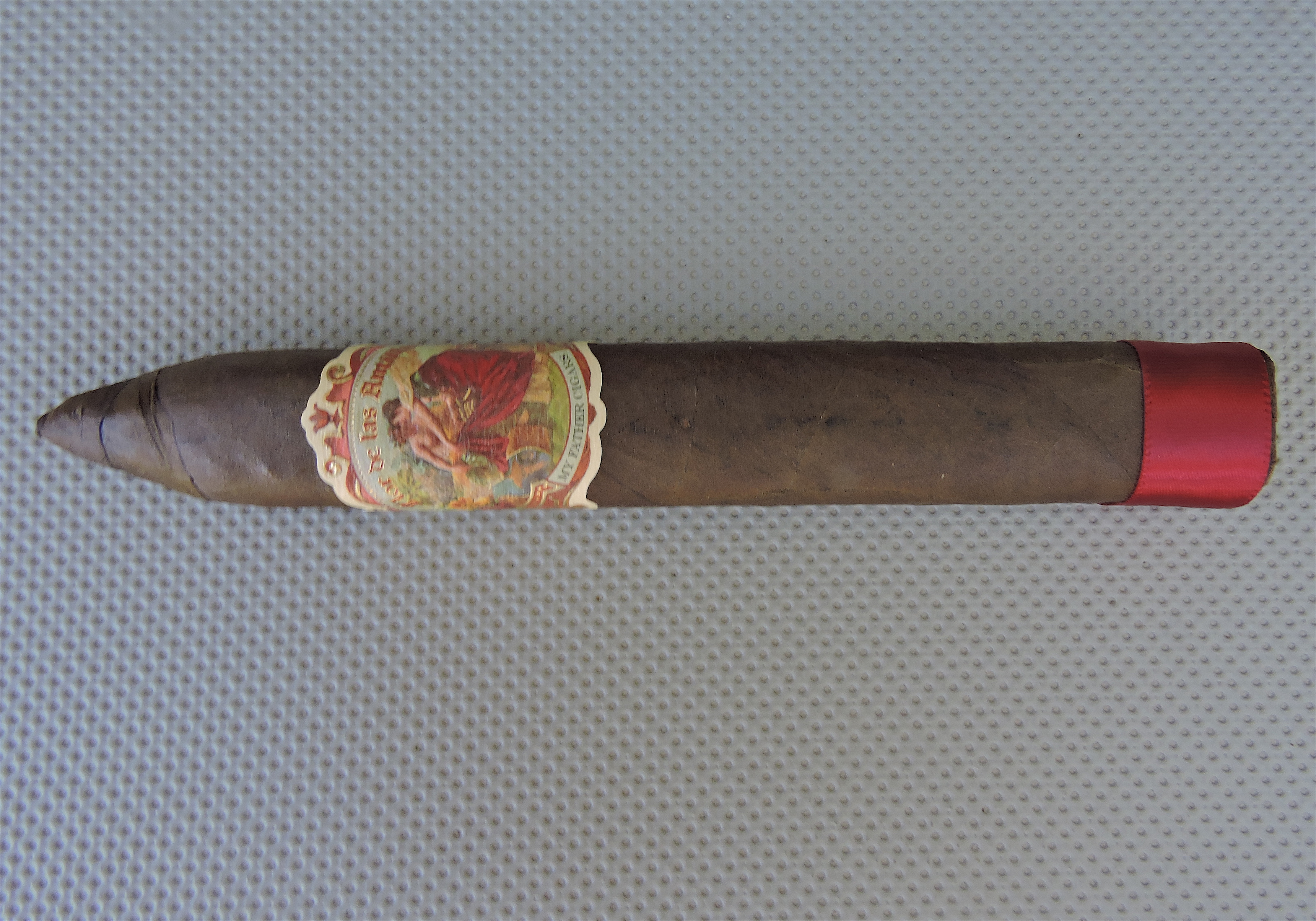 Federal Cigar’s anniversary celebration has built up an impressive list of cigars that have been made exclusively available for the retailer. My Father Cigars (and the My Father Cigars factory) have played a significant role in these releases. We summarize them here.

* While the My Father Le Bijou 1922 Federal Cigar 91st Cervantes made its debut at Federal’s 91st anniversary celebration, the Cervantes (along with three additional sizes: Corona, Petite Robusto, and Grand Robusto) are now an on-going shop exclusives to Federal Cigar.

Without further ado, let’s take a closer look at the Flor de las Antillas Maduro and see what this cigar brings to the table.

For 2016, a total of 100 ten count boxes were produced of the Box Press Torpedo. In 2015, a single production run of the Short Robusto was also produced. Both the Torpedo and Short Robusto are box press cigars.

The wrapper of the Flor de las Antillas Maduro has a dark espresso color to it. I found the complexion of this wrapper to be smooth and oily. Any visible veins were on the thin side and the dark color does a good job at hiding the wrapper seams. I found the box-press itself to be firm with no soft spots.

Prior to lighting up the Flor de las Antillas Maduro, I used a straight cut to remove the tip of the cigar. As what I do with most torpedo cigars, I used my Credo Special T cutter with the 36 ring gauge hole to get an ideal cut for this belicoso. I then moved on to the pre-light draw phase. The dry draw delivered a mix of earth, leather, and some cocoa. Overall I considered the pre-light draw of the Flor de las Antillas Maduro to be satisfactory. At this point I removed the footer ribbon, lit up the cigar, and moved on to the smoking phase.

The start to the Flor de las Antillas Maduro Torpedo delivered a mix of leather, cocoa, and white pepper. There also was a sweetness in the background that I could not put my finger on. Meanwhile on the retro-hale, I also detected an additional layer of white pepper.

During the first third of the Flor de las Antillas Maduro Torpedo, the leather and cocoa notes alternated in intensity. The cocoa notes became more prominent and toward the end of the first third it had a richer chocolate flavor. By this point, I identified the sweetness as a berry flavor. This berry, along with the white pepper remained secondary notes on the tongue.

During the second third, I found the cocoa and leather combination morphed to more of a classic black coffee note. During this stage, I found the white pepper increased, and too a lesser extent I got some additional berry sweetness.

By the last third, there was a significant increase in the white pepper – which was now the dominant note. The coffee and berry notes were now in the much more distant background. This is the way the flavor profile of the Flor de las Antillas Maduro Torpedo came to a close. The resulting nub was soft to the touch and cool in temperature.

Overall I didn’t find the  Flor de las Antillas Maduro Torpedo to have the most elegant burn, but it performed well. The burn path remained straight from start. Despite some jaggedness on the burn line, I didn’t find this cigar needed an abnormal amount of touch-ups. The ash was on the firm side with only some very minor flaking along the way. The ash itself had a light gray color. The burn rate and burn temperature were both ideal. 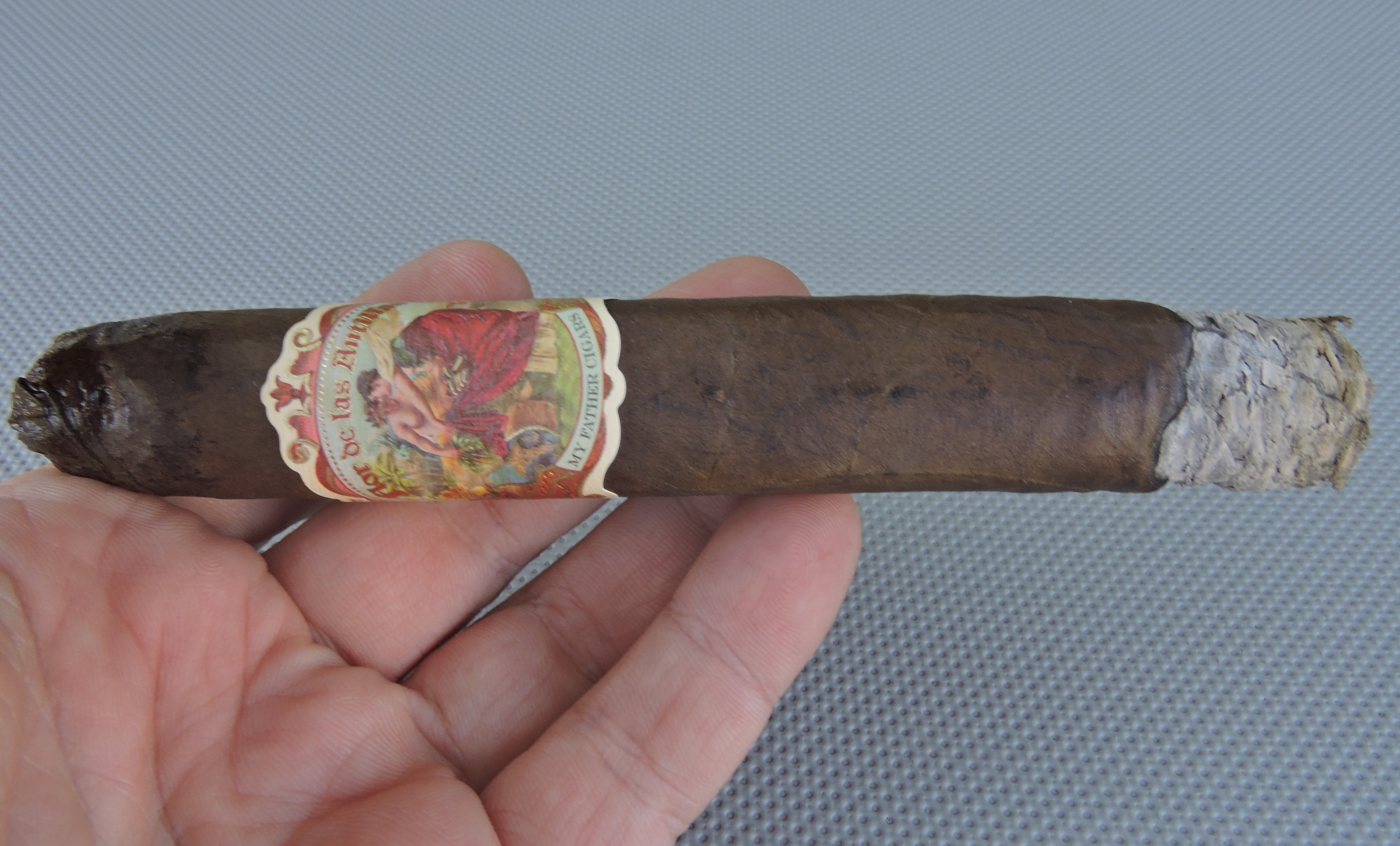 The draw to the Flor de las Antillas Maduro Torpedo had a touch of resistance to it – something that I consider a positive. Overall I considered this an excellent draw.

In terms of strength versus body, I assessed the body has having a slight edge over the strength.

This is going to be a cigar I’d recommend for an experienced cigar enthusiast.  This also has potential to be a good cigar for a novice looking to graduate to something fuller. As for myself, this is a cigar I’d smoke again – and it’s worthy of a fiver.