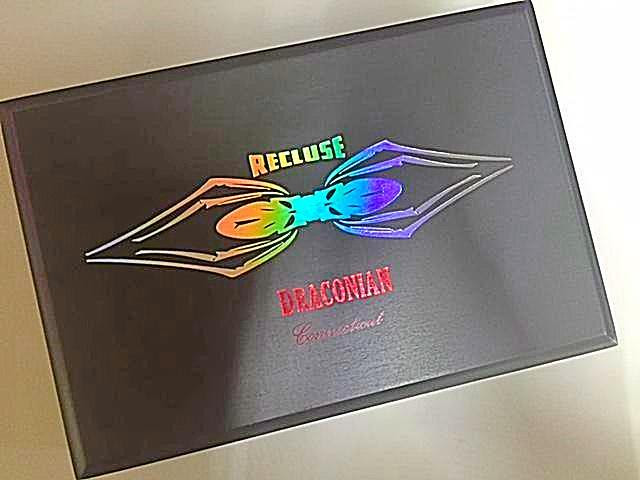 Recluse Cigar Company continues to announce its new cigars under its major portfolio expansion. Today the company announced the seventh of what is planned to be a series of nine new blends that will be introduced at the 2016 IPCPR Trade Show. This time, the company has decided to expand on the original Recluse Draconian and introduce the Recluse Draconian Connecticut. This cigar is the first new Draconian-branded cigar since the original Draconian was introduced back in 2013.

The Recluse Draconian Connecticut uses a Grade A Connecticut Shade wrapper, a Sumatra binder, and a combination of Braziago, Iconic Ligero and Piloto Cubano tobacco. Consistent with the other roll outs, the Recluse OTG Connecticut is being released in 14 vitolas, including the company’s signature Sidewinder and Kanu sizes.

At a glance, here is a look at the Recluse Draconian Connecticut:

The Recluse Draconian Connecticut will be made available in Fourteen sizes. All will be in 24 count boxes except for the three Kanu offerings which will be in 20 count boxes.