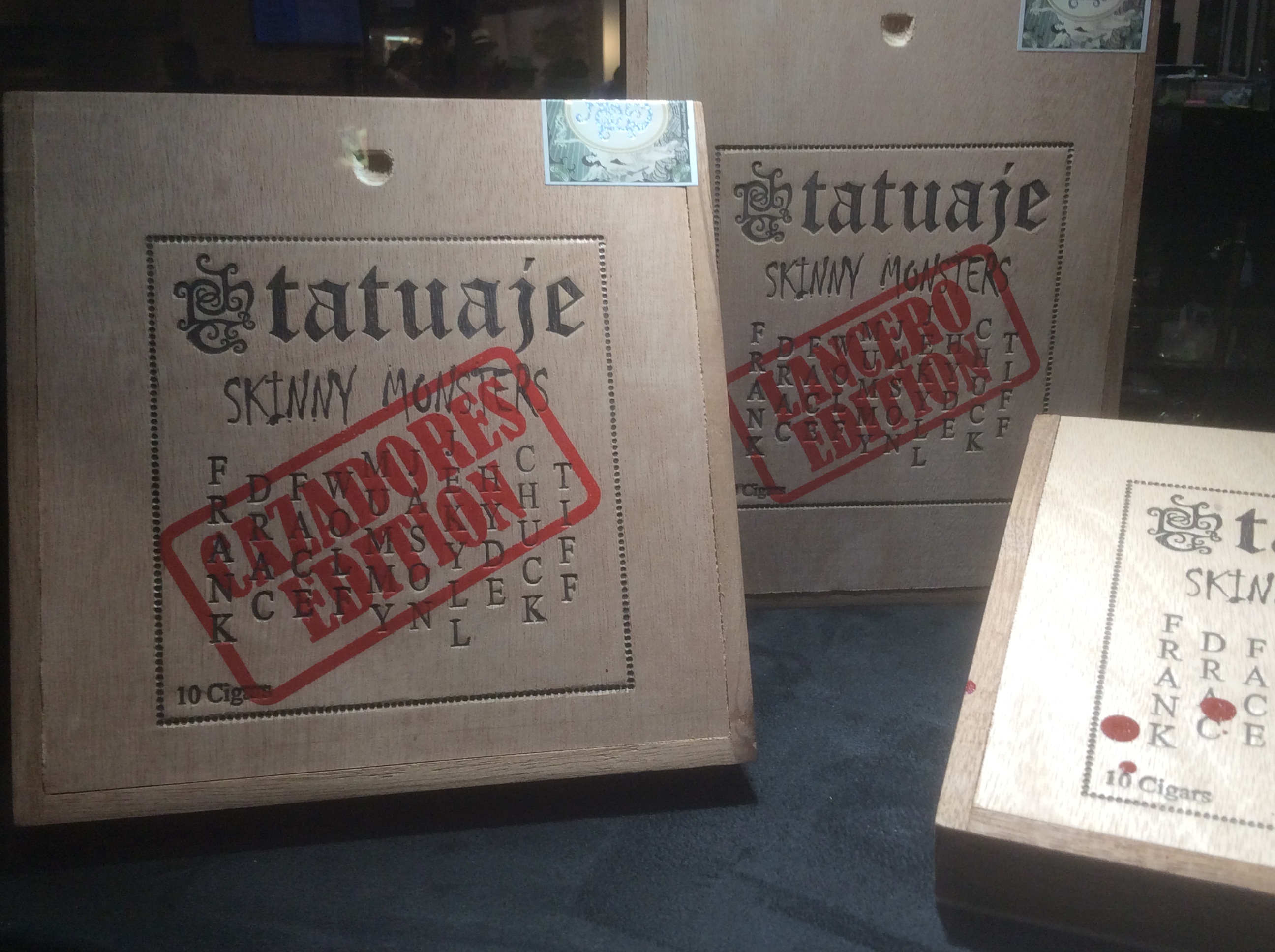 The Cazadores Edition and the Lancero Edition bring the total number of samplers to five. In 2012, Tatuaje released the Little Monsters was a ten count sampler which included shorter and thinner versions of the first five Monsters releases. Two years later, Tatuaje unveiled the ten count Pudgy Monsters, which was a shorter version, but same ring gauge of the first six monsters releases. That sampler also included two new blends, Chuck and Tiff that were not released as Monsters. Earlier this year, Skinny Monsters followed with 6 x 38 petite lancero versions of the ten Monster blends released (including Chuck and Tiff) prior to 2016. There has not been a sampler for the full sized Monsters.

Skinny Monsters has also recently been made available in individual 25 count boxes.

For reference, the grid below maps each monster / horror film character blend to the cigar that was released in each of the Monster Series collections. A blank indicates the blend was not released in that collection.