Agile Cigar Reviews replace what we termed “Assessment Updates”. The concept is the same, but the name is different. Agile Cigar Reviews use a lightweight, shorter format. These will never take the place of our comprehensive reviews. They are only used on blends we have previously assessed. This might be a blend we are re-scoring or providing a score for a first time. It might be a blend we are looking at in a different size. Today we look at the Jaime Garcia Reserva Especial Connecticut in the “10/50” (lonsdale). This is a cigar we have previously assessed in the Toro size back in April 2012. 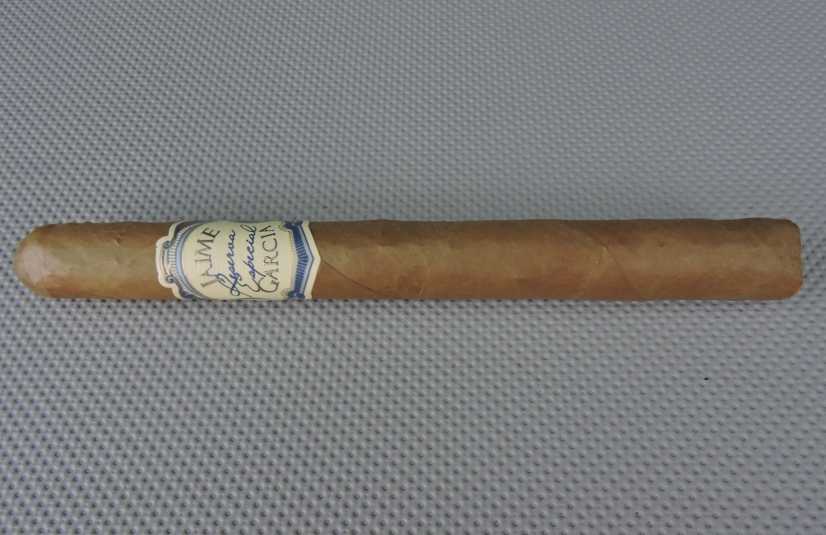 The 10/50 was created for Up Down Cigar’s 50th anniversary. The cigar is a lonsdale measuring 6 3/8 x 43. The cigars are packaged in 20 count boxes. In addition a 10/50 size (also the 6 3/8 x 43 lonsdale) of the Tatuaje Fausto was made for Up Down cigar. Both cigars are produced at the My Father Cigars factory in Esteli, Nicaragua. In addition to the Ecuadorian Connecticut wrapper, the blend for the Jaime Garcia Reserva Especial 10/50 features an all Nicaraguan blend

The Jaime Garcia Reserva Especial 10/50 started out with some classic Connecticut creamy notes. As the cigar experience progresses notes of berry, cedar, and classic wood emerge. During the second third, the cedar notes eventually display the cream in the forefront. The last third saw a combination of woody and cedar notes with a diminished presence of the cream and berry. The flavors are medium bodied and countered by a strength level in the mild to medium range.

Overall the Jaime Garcia Reserva Especial 10/50 was a nice extension to the blend released to the New England states. It’s a cigar that I could recommend to both the experienced and novice cigar enthusiast. As of myself, it’s worthy of picking up a fiver.