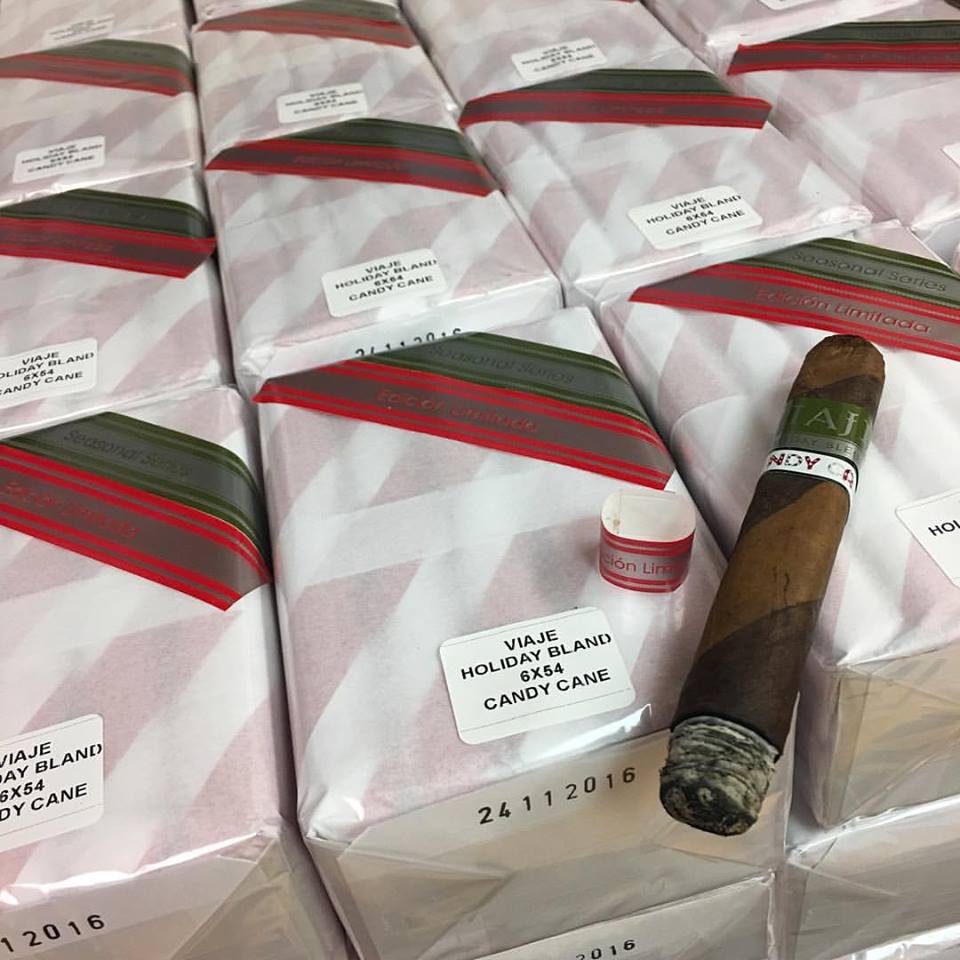 While all of the Candy Cane releases are 6 x 54 vitolas, this cigar (like the 2015 edition) is a box-pressed vitola. The 2016 edition once again carries the Edicion Limitada name. The Edicion Limitada designation is typically reserved for the more limited release by Viaje.

The Viaje Candy Cane was introduced in 2012 and made a return in 2014. Those two editions were Nicaraguan puros made in Honduras. Last year, Viaje moved production of the Candy Cane to the PDR Cigars factory in the Dominican Republic. That blend utilized a Habano Ecuador / Brazilian Arapiraca combination for the barber-pole wrapper. The details and production for the Viaje Holiday Blend Candy Cane Edicion Limitada 2016 have not been disclosed.