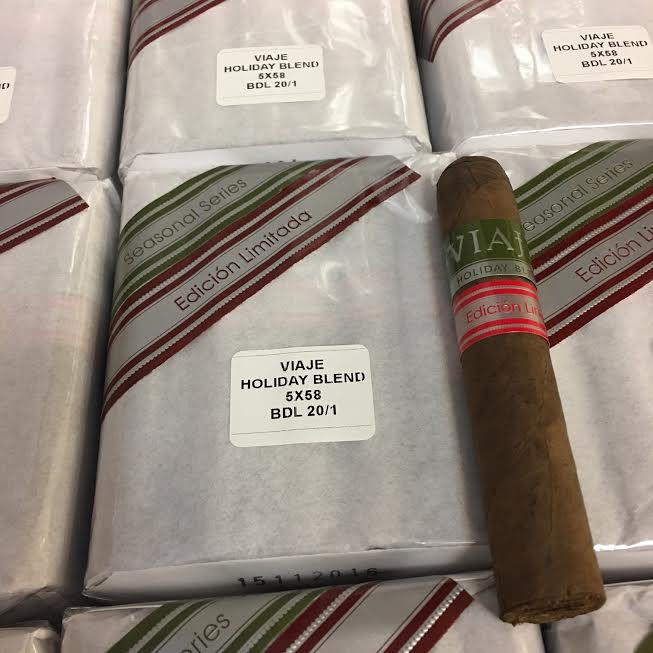 The company has not disclosed blend details. The 5 x 58 size represents the largest ring gauge seen in the Holiday Blend line. The cigar is being sold in 20 count bundles.

The Viaje Holiday Blend made its debut in 2009 as a seasonal release for the Christmas Season. The line started out as a Nicaraguan puro made at Raices Cubanas in Honduras After a four year run, the Holiday Blend took a one year hiatus in 2013 before returning in 2014. For the 2015 edition of the Viaje Holiday Blend, production shifted to the PDR Cigars Factory and introduced a new Brazilian Araparica wrapped blend in a box-pressed Robusto.