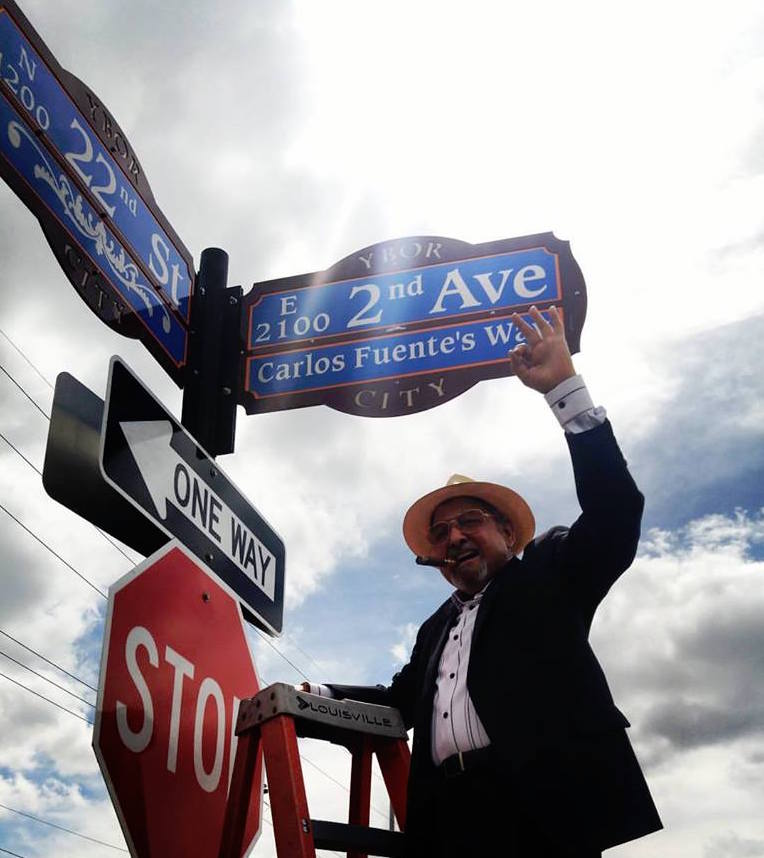 The Cigar Coop Person of the Year Award is awarded to a person(s) in the cigar industry that has made a significant impact. This could be over the course of a year or from a lifetime achievement perspective. For 2016, we give the award posthumously to Carlos Fuente, Sr.

Fuente, Sr passed away on August 5, 2016 at the age of 81. Known as “Don Carlos”, Fuente Sr. combined hard work and forward thinking and grew Arturo Fuente Cigars into one of the largest family-owned cigar companies in the world. He was a man of character and a true ambassador to the cigar industry. He was someone who was widely respected by his industry peers, who came out and paid tribute to him at the time of his passing.

He also gave back to the community in many ways – as demonstrated when he and his family launched the Cigar Family Charitable Foundation.

While Santiago in the Dominican Republic became an adopted home for Fuente, Sr. and his family, he always remained dedicated to his home town of Ybor City in Tampa, Florida. In fact, this past March, part of Ybor City’s Second Avenue was officially renamed to Carlos Fuente’s Way.

Shortly after his passing, Fuente, Sr.’s final blend was released with the Casa Cuba Divine Inspiration. The concept of this cigar came when Fuente Sr. had a dream about a modified version of the Casa Cuba blend. Fuente Sr became inspired to make what he dreamt about into reality. At that time, Fuente Sr. was not able to travel to the Dominican Republic to work on the blend. Instead, he was able to phone into the factory and give direction on what needed to be done. The end result was the Casa Cuba Divine Inspiration, a wonderful addition to Arturo Fuente Cigars’ Casa Cuba line.

We salute this role model and innovator as the 2016 Cigar Industry Person of the Year.

When Fuente Sr. passed away, we recapped some of the highlights of his career:

* We will also reveal the other names who were up for the 2016 award in a follow-up article.