Cigar Review: La Barba One & Only 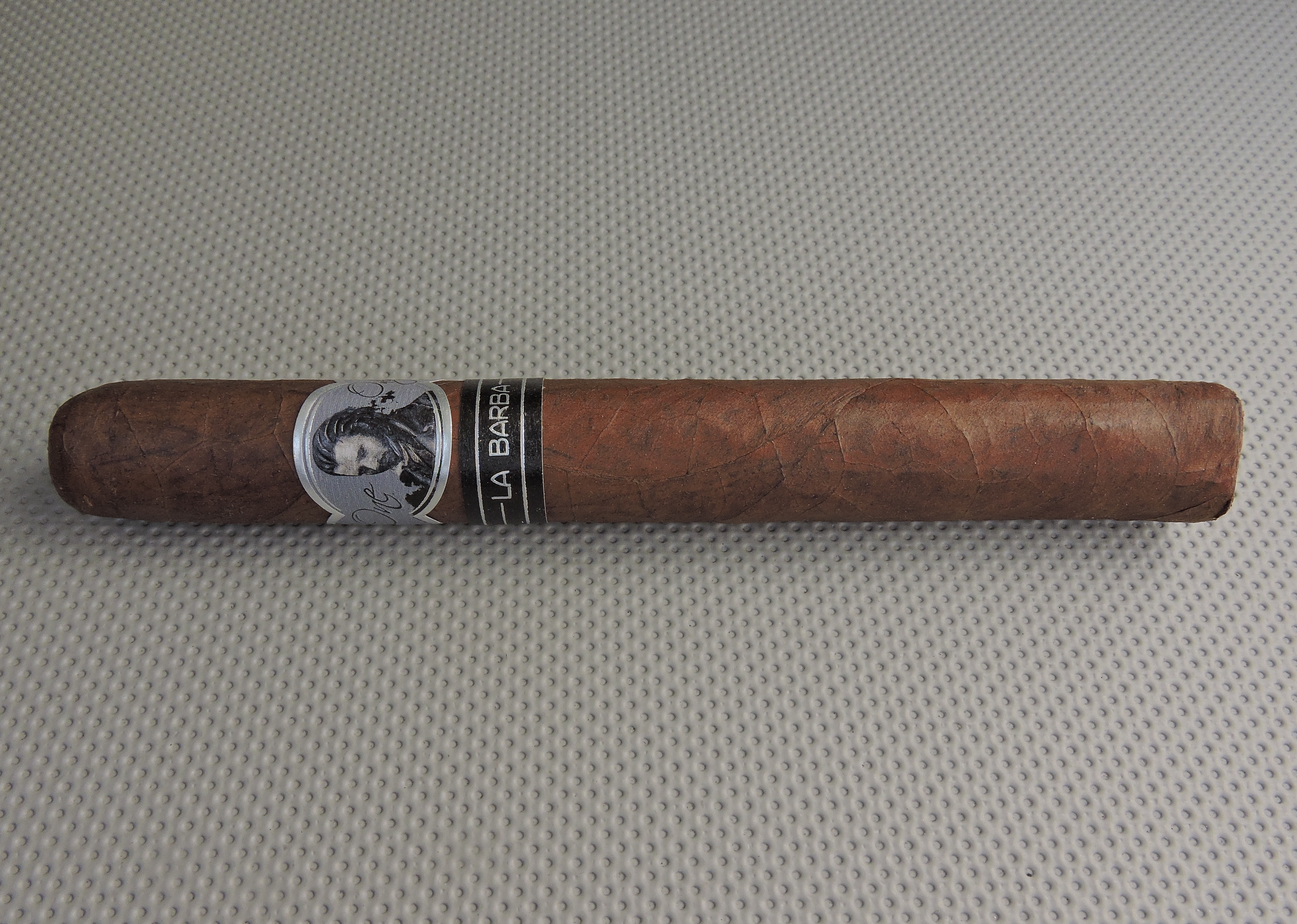 La Barba One & Only

Without further ado, let’s take a closer look at the La Barba One and Only and see what this cigar brings to the able.

Other than the wrapper, La Barba is not disclosing the details of One & Only other than the cigar uses an Ecuadorian Habano wrapper.

The La Barba One and Only is available in one size – a 6 x 50 Toro. The cigar is packaged in ten count boxes. A total allocation of 500 boxes were produced 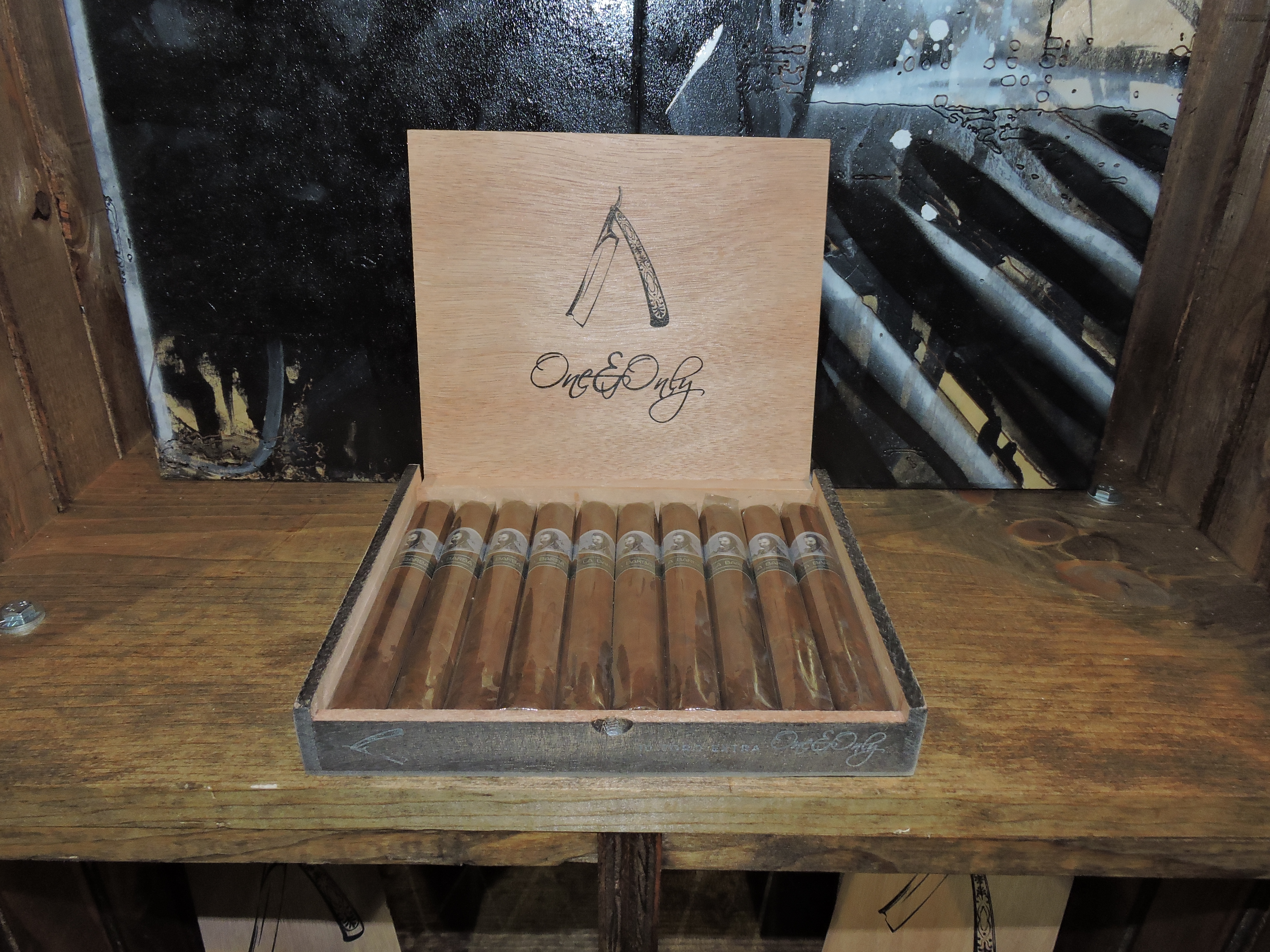 Box of the La Barba One & Only

The Ecuadorian Habano wrapper of the La Barba One & Only has a dark cinnamon color to it. The surface of the wrapper has an oily complexion. This was a smooth wrapper with only a few visible veins. Most of the wrapper seams were on the thin side. 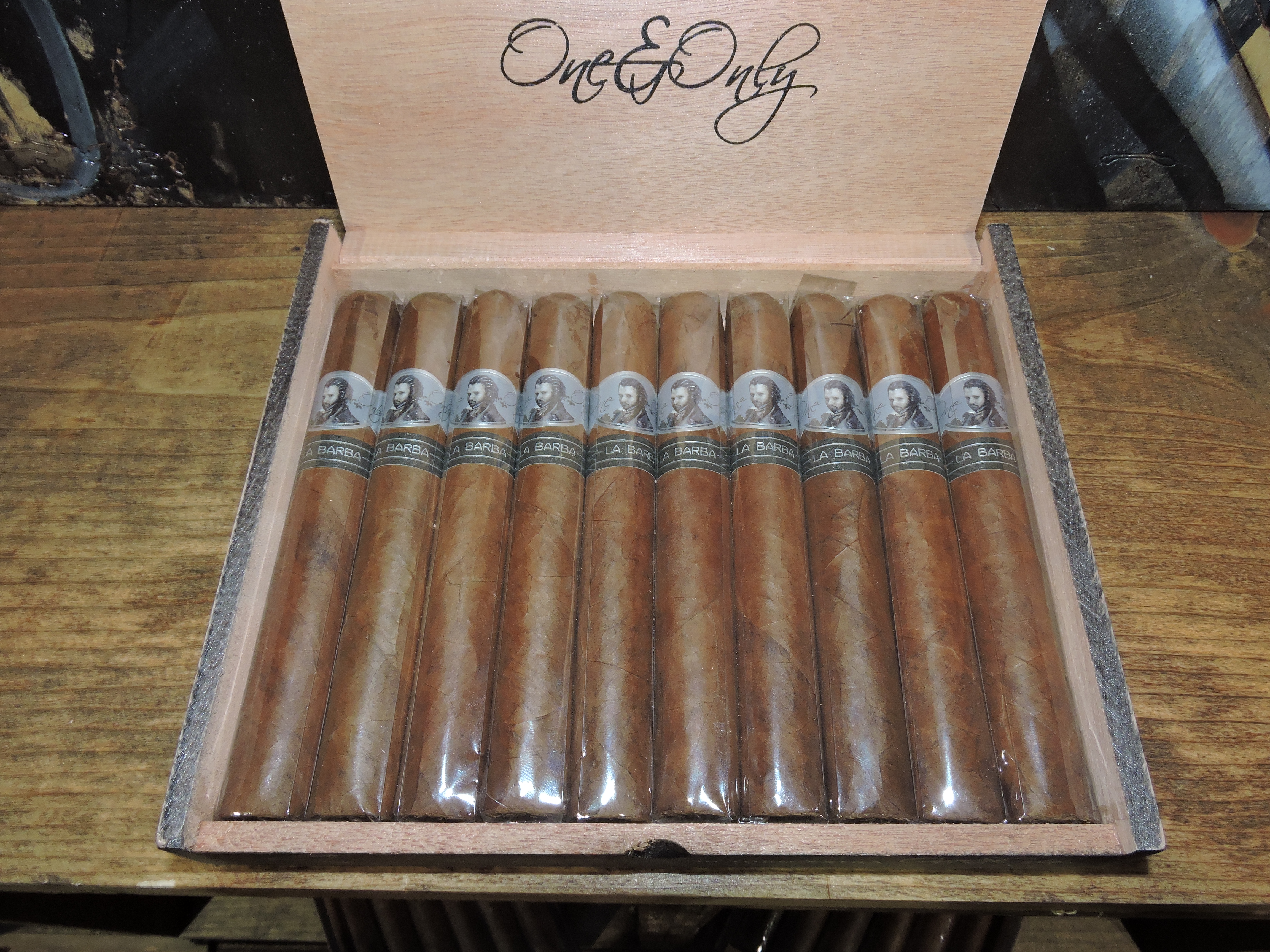 Close Up of La Barba One & Only

There are two bands on the La Barba One & Only. The primary band has a silver background and features a portrait of Bellatto on the center done by Miami, Florida artist Jade Rivera. To the left of the portrait is the text “One” and to the right is the text “Only” – both in thin black cursive font. There are some silver adornments and a thin silver La Barba logo to the far right.

The secondary band is black with the text “LA BARBA” in silver font flanked by silver pin striping above and below it – as well as to the left and right.

As I normally do, I went with my usual choice of a straight to remove the cap of the La Barba One & Only. Once the cap was removed, I proceeded with the pre-light draw. The dry draw delivered a mix of sweet natural tobacco, graham cracker, and a slight cedar note. Overall I considered this to be an excellent pre-light draw. At this point I was ready to light up the La Barba One & Only and see what the smoking phase would have in store.

During the second third, the natural tobacco and leather notes alternated in intensity. The orange rind component was still present. Meanwhile the black pepper started to slowly increase throughout this part of the smoking experience.

By the last third, the black pepper joined the leather notes in the forefront. The natural tobacco / orange rind combination moved into the background. Toward the end, there was some harshness emerged, but by this time it was time to put down the cigar. This is the way the cigar experience came to a close. The resulting nub was soft the touch and cool in temperature.

Overall I found each sample of the La Barba One & Only needed some tlc when it came to the burn. At times this cigar’s burn line would meander and other times the burn was slightly jagged. While touching this up fixed the issue, I found that the amount of touch-ups needed was more frequent than I prefer. Meanwhile, the resulting ash had a silver-gray color with some darker streaks in it. The ash wasn’t the most firm and had some flaking from time to time. As for the burn rate and burn temperature, both were ideal. 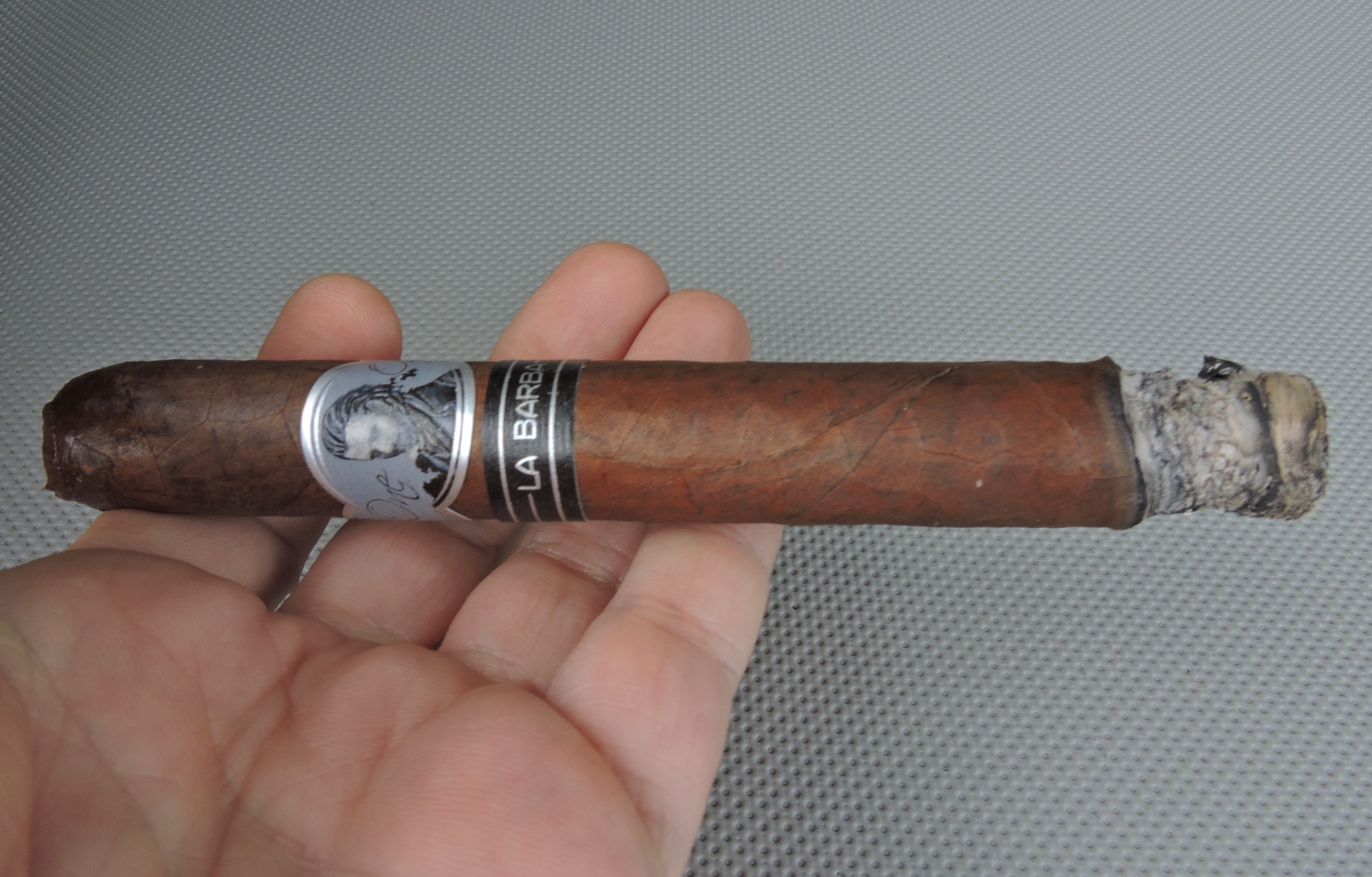 Burn of the La Barba One & Only

The draw to the La Barba One & Only was on the open side. This was also a cigar that produced quite a large amount of smoke.

In terms of strength, I found the One & Only to be a cigar that was on the bolder side. This is a cigar that comes out of the gate with medium to full strength. The strength gradually increases and by the second half, this cigar had built up enough strength to be on the full side. In terms of the flavors, I found them to be on the upper end of medium-bodied, but not quite medium to full.

In terms of strength versus body, I gave the edge to the strength throughout the smoking experience.

From a flavor standpoint, I loved what the One & Only brought to the table. There were a lot of classic flavors to this cigar. I also loved the fact that this cigar had a nice kick to it. When it came to the burn, this cigar definitely was on the high maintenance side for each of the four samples of this cigar I smoked. However, when I look at the pluses and the minuses, I felt this cigar had more of the pluses. Given this is a stronger cigar, this is one I’d recommend to a more seasoned cigar enthusiast. As for myself, it’s a cigar I’d smoke again – and one that’s worthy of a fiver.