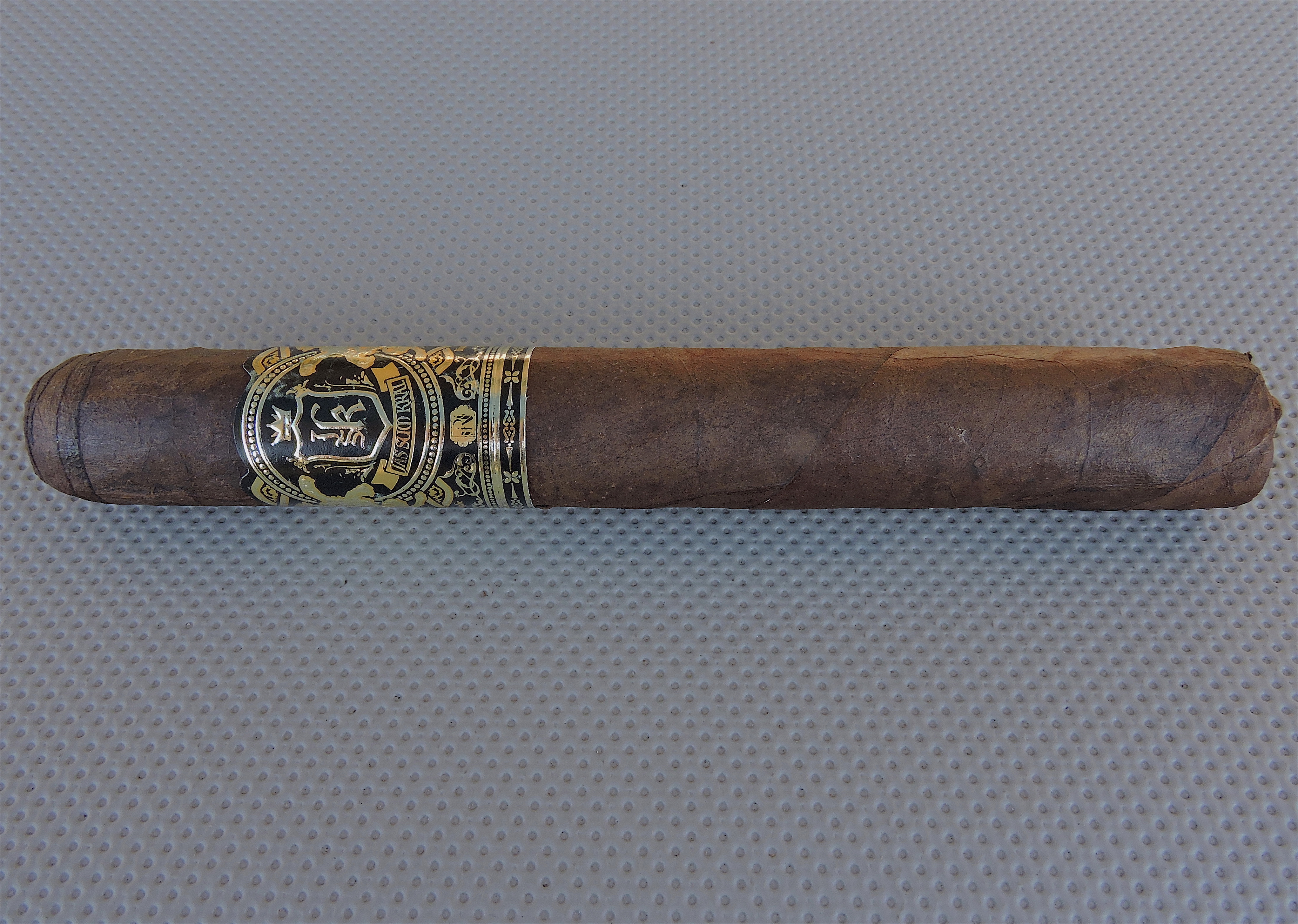 One of the revelations of 2016 was a brand called Jas Sum Kral (JSK) Cigars. The company was founded by cigar enthusiast, Riste Riatevski. After being disappointed with many cigars on the market, Riatevski set out to create his own cigar that would satisfy him. That cigar turned out to be a Habano offering known as the original Jas Sum Kral (also called the Red Knight). With some success under his belt and pressure to beat the U.S. Food and Drug Administration (FDA)’s deadline, Riatevski set out to round out his portfolio with an Ecuadorian Connecticut Shade offering and Connecticut Broadleaf offering. – resulting in the Jas Sum Kral Zlatno Sonce and Jas Sum Kral Crna Nok respectively. Today I take a look at the Connecticut Broadleaf offering – the Crna Nok in the Toro size. The good news is that Riatevski continues on an upward trajectory with his brand as he brings another excellent cigar to market.

When Riatevski set out to create his brand, he had to decide on a factory to produce his cigar. For the original Jas Sum Kral, Riatevski decided to work the Noel Rojas and Brandon Hayes’ New Order of the Ages (NOA) factory located in Esteli, Nicaragua. For both the Zlatno Sonce and the Crna Nok, Riatevski continues to partner with the NOA factory.

Without further ado, let’s break down the Jas Sum Kral Crna Nok Toro and see what this cigar brings to the table.

In addition to the Connecticut Broadleaf wrapper, the Crna Nok uses a Mexican binder that Riatevski refers to as “Mexican Candy”. There is Nicaraguan tobacco in the filler including Piloto Cubano and Corojo 06. 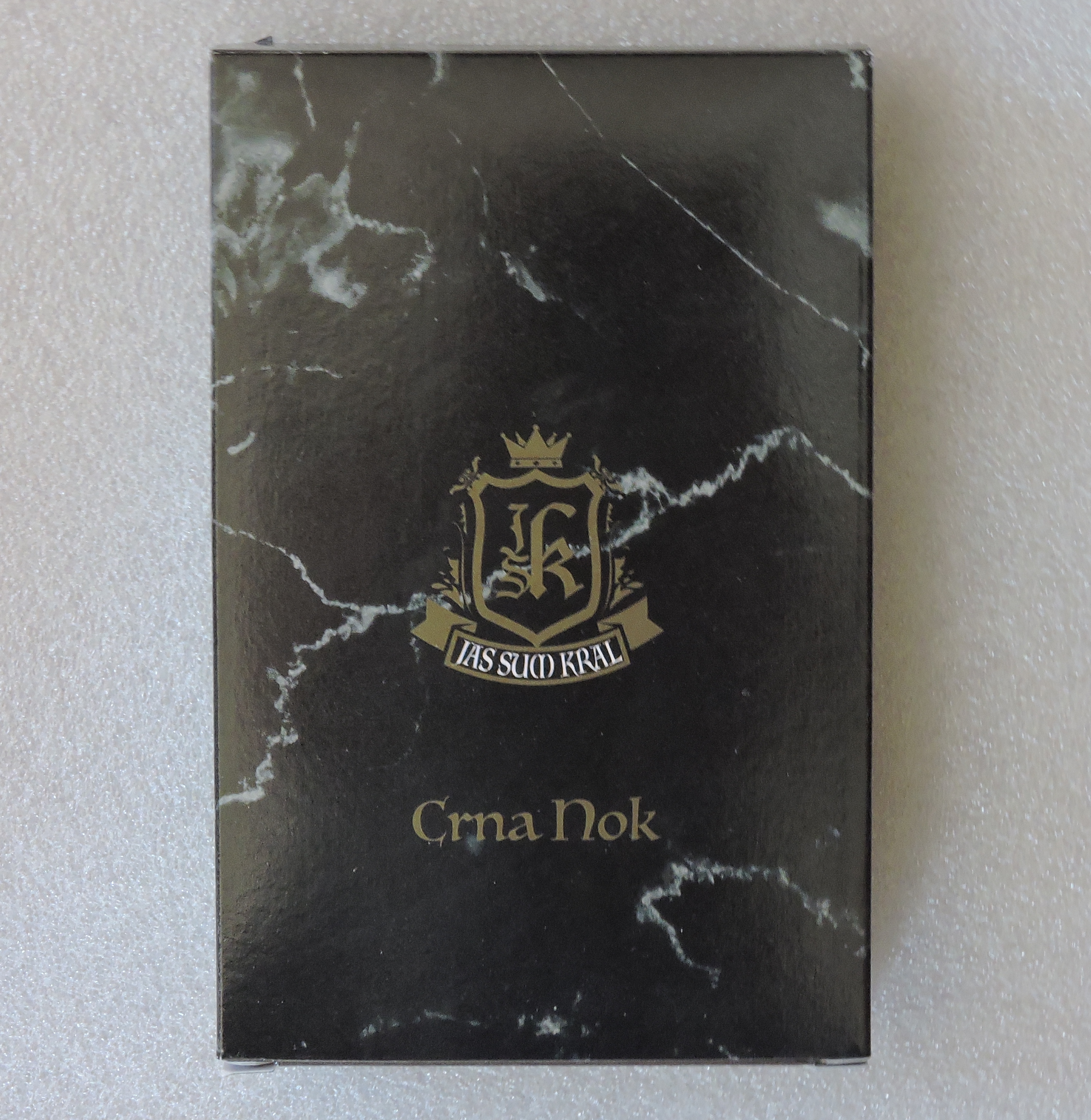 The band is highlighted by a black and gold color scheme. At the center of the band is a black shield with the initials “JSK” in a classic style gold font (the J and S are stacked on top of each other with a larger k to the right). Above the shield is a gold crown. Below the shield is a gold ribbon with a black colored strip on it. That strip contains the text “JAS SUM KRAL” in gold font. Two gold lions surround the shield to the left and right. The remainder of the band contains mostly gold and black adornments. The text “Handmade” is on the left side of the band while the text “Nicaragua” blends in on the right side – both in gold font. To the far right is a small gold medallion with the JSK logo etched on it that serves as a band fastener.

Prior to lighting up the Jas Sum Kral Crna Nok Toro, I went with my usual choice of a straight cut. Once the cap was removed, I commenced with the pre-light draw. Despite the closed footer, I found the Crna Nok Toro to still deliver a nice amount of flavor on the dry draw. This included a mix of coffee and earth notes. Overall I considered this to be a very good pre-light draw. At this point I was ready to light up the Crna Nok Toro and see what the smoking phase would have in store.

At the start of the Jas Sum Kral Crna Nok Toro, I detected more of the coffee and earth notes that I encountered on the pre-light draw. I also detected a healthy dose of white pepper. During the early stages, I didn’t find there was a dominant note. At the same time, I did find the white pepper prominent on the retro-hale with a little more of the coffee notes mixed in.

The coffee notes eventually surfaced to the forefront early on.There were times the coffee notes had a little bit of what I term a “Chock Full O Nuts” urn quality. This is what I describe as a slight burnt component. I also found a slight sweet component mixed in as well as an underlying creamy texture. This resulted in some nice balance among the flavors. All of this I considered positive qualities to the flavor profile. Meanwhile the earth and pepper notes were close background notes.

During the second third of the Crna Nok Toro, I found the earth notes mixed in with the coffee notes. While the coffee notes still had both the urn and sweetness components, I did find the creamy texture to slowly dissipate.

By the last third, I still found the earth and coffee notes to be in the forefront. At this point, there was a decrease in the sweetness component. At the same time, there was an increase in the white pepper, but it didn’t quite overpower the blend. This is the way the cigar experience of the Crna Nok Toro came to a close. The resulting nub was firm to the touch and cool in temperature.

Overall the burn of the Crna Nok Toro performed well. I did find there was a slight amount of meandering of the burn. While this was remedied with some touch-ups, I did find this cigar needed a few more touch-ups than I prefer. The resulting ash had a salt and pepper color. There was some very minor flaking, but overall this is an ash that was on the tighter side. Meanwhile the burn rate and burn temperature were ideal. 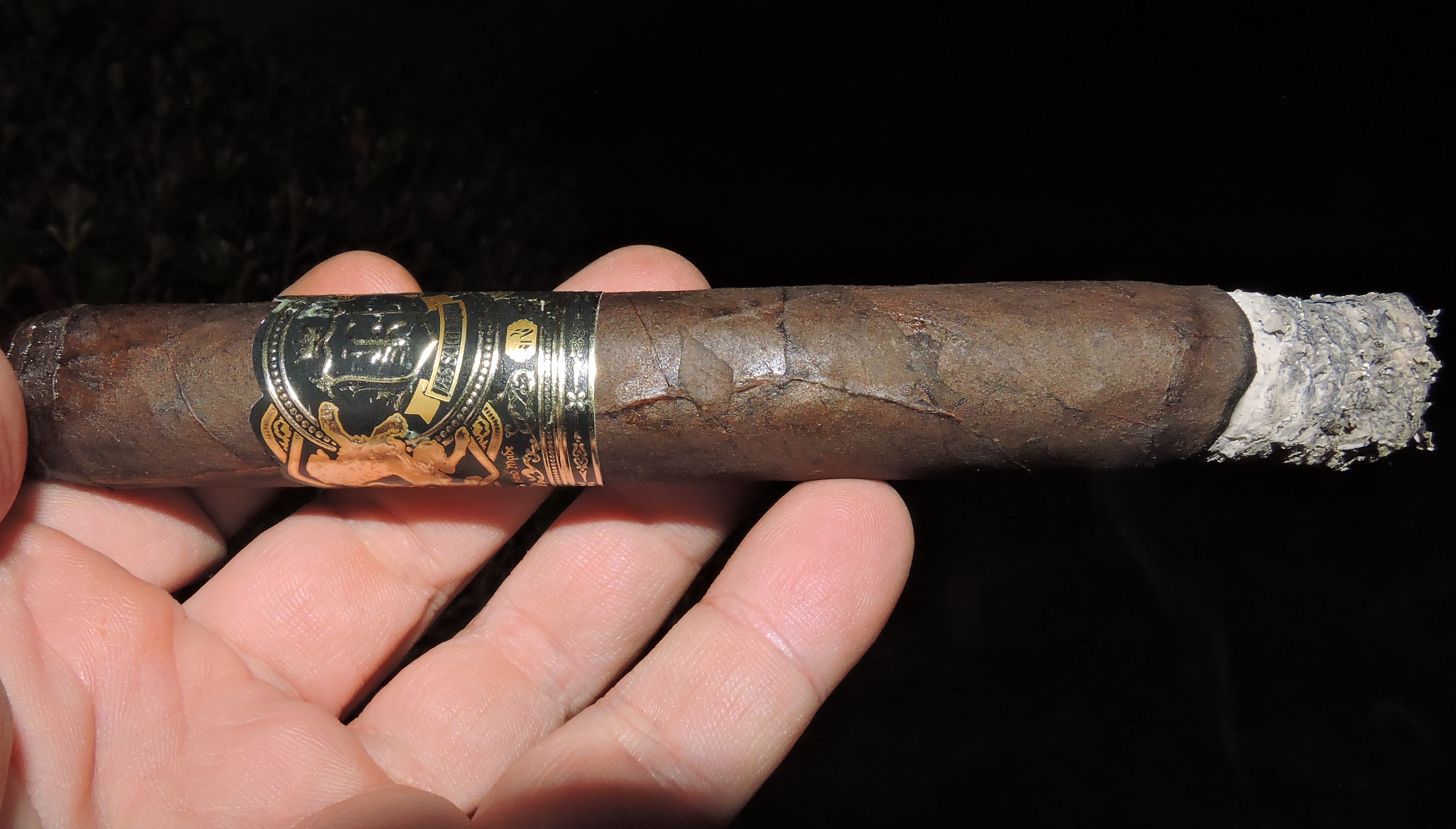 As for the draw, I found it to be as good as one could get. This draw had a touch of resistance – which is something I like. For this, the draw earns our highest “exceptional” rating for draw.

The strength and body continued to progress slowly as the cigar experience of the Crna Nok continued. Toward the second half, the rate at which the body increased was greater than the strength and as a result, by the last third the body moved into full territory.

Overall the strength and body balanced each nicely, but toward the last third, I found the body to have a slight edge.

Overall, I found the Crna Nok Toro to be a fine addition to the Jas Sum Kral portfolio. I liked the fact that it provided something on the bolder and somewhat spicier side. This was also a well-balanced cigar. The Crna Nok Toro is a cigar that was ready to smoke now, but at the same my gut tells me the Crna Nok Toro has some serious long-term aging potential, so I am also inclined to put some away right now.

This is a cigar I probably would steer to a more seasoned cigar enthusiast. As for myself, it’s a cigar that I would definitely smoke again – and it’s definitely worthy of picking up one of those five packs of.