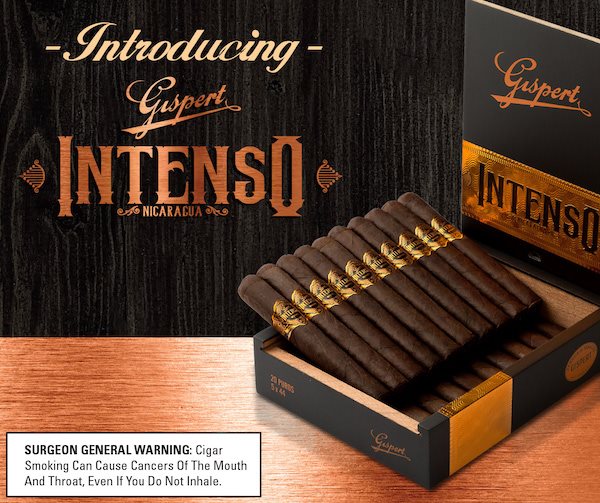 Over the past few years, we have seen Altadis U.S.A. incorporate themes such as collaborations, making cigars in Nicaragua, and resurrecting dormant brands. Recently a new release has arrived at retailers from Altadis U.S.A. that incorporates all three of these elements – the Gispert Intenso.

Gispert is a brand that has pre-revolution origins in Cuba. Today the Gispert on the market is a milder Connecticut Shade offering made in Honduras. Except for some packaging changes, the Gispert brand has been pretty quiet in Altadis U.S.A’s portfolio.

Meanwhile the new Gispert Intenso brings what the name says – a more intense and bolder cigar experience. Intenso uses a Connecticut Broadleaf wrapper, Nicaraguan binder, and a combination of Dominican and Nicaraguan fillers. It is available in three sizes – packaged in 20 count boxes. Pricing is in the $6.00 to $6.95 per cigar.

As for making cigars in Nicaragua, we have seen several brands over the years. In addition to teaming up with Fernandez, Altadis has also worked with the Placencia family to produce releases such as Espada by Montecristo and Romeo 505 Nicaragua.

At a glance, here is a look at the Gispert Intenso: