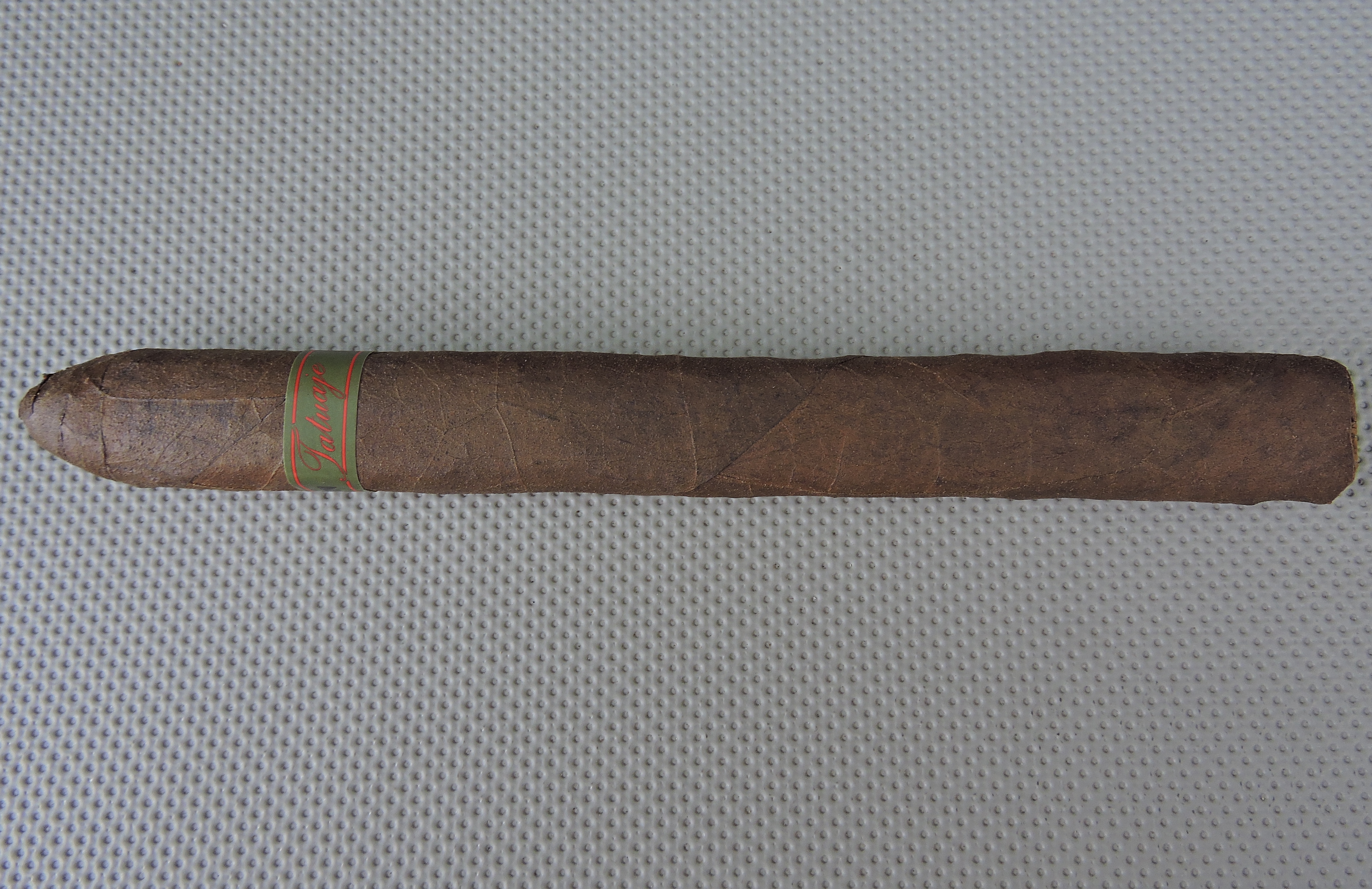 Tatuaje The Krueger is the ninth installment in the Tatuaje Monsters Series. Tatuaje Monsters is an annual release series was created by Tatuaje founder Pete Johnson as a tribute to monster and horror movies. Each October (around Halloween) since 2008, Tatuaje enthusiasts anxiously look forward to the release of this cigar and many seek to get their hands it. Each release of the Monster Series is a different blend in a different size. A single batch is produced and once the cigars are gone – they are gone. With The Krueger, Johnson pays homage to the character of Freddy Krueger from the “A Nightmare on Elm Street” series of movies. Today, we take a closer look at Tatuaje The Krueger and see how it rates.

Currently the blend for Tatuaje Krueger is only available in the full Monsters size, and at the time of this assessment there have been no plans discussed for any other vitolas sizes of the Krueger blend to be released.

The Krueger is a limited production blend and similar to previous Monster releases, it has been released two ways. The first is a custom designed “dress box” which reflects the theme of the Monsters. Like previous installments, 666 Krueger thirteen count dress boxes were created. These boxes were distributed to 13 retailers known as the “Unlucky 13”. The remainder of the Krueger cigars were packaged in simple ten count cedar boxes distributed across Tatuaje authorized retailers. 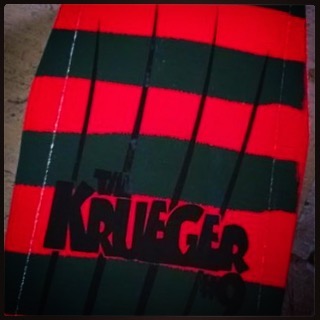 Without further ado, let’s break down Tatuaje The Krueger and see what this cigar brings to the table:

The Krueger uses a Mexican San Andres wrapper over Nicaraguan binder and filler. This is the second Monster installment to use a Mexican wrapper joining 2010’s The Face.

As references above, the dress boxes come in thirteen count boxes while the plain boxes are offered in ten count boxes.

The Mexican wrapper of  The Krueger had almost a dark wood color to it. Upon closer examination there was a slight amount of darker marbling. There was some oil on the surface of the wrapper – along with some visible veins and some thin visible wrapper seams. The belicoso tip was short with a gentle taper. As for the box-press, it was firm with a slight Cuban-style soft-press effect.

The band is based on the standard “Tatuaje” scripted logo. The script font is a red / orange color on a forest green background.  To the left of the “Tatuaje” scripting is the text “HALLOWEEN” in the red / orange font. To the right of the scripting” it says “MONSTER” in the black font. There is one red / orange pinstripe above the text and one below the text.  There is a black Tatuaje “tattoo” logo on the far of the band.

As I do with all figurado vitolas, I opted to use my Credo Special T cutter using the 36 ring gauge hole to get an ideal cut for this belicoso. Once the cap was removed, I moved on to the pre-light draw stage. The dry draw provided a mix of dark chocolate, wood, and maduro sweetness (what I term a cross between natural tobacco and dried fruit). Overall I considered this to be an excellent pre-light draw. At this point I was ready to light up Tatuaje The Krueger and see what the smoking phase would have in store.

The start of The Krueger picked up right where the pre-light draw left off. I detected notes of dark chocolate, wood, and maduro sweetness. While there was a touch of red pepper on the tongue, I picked up more in the way of the red pepper on the retro-hale. The dark chocolate, wood, and maduro sweetness alternated in intensity during the first third.

The second third saw the wood notes replaced by a damp earth note. By this stage the dark chocolate notes alternated between the forefront and background. The maduro sweetness was now settled into the background with the red pepper.

The last third of The Krueger saw an increase in the red pepper with the damp earth note still in the forefront. As the cigar moved toward through this segment, this resulted in some harshness. Toward the nub, the harshness became an indicator that it was time to put down this cigar. The physical characteristics of the nub itself were fine – cool in temperature and firm to the touch.

The burn performed quite well on The Krueger. There was a slight curvature on the burn line, but this was easily remedied with a few touch-ups. The Krueger was never in danger of tunneling or canoeing. As for the ash, it had a nearly white color. This was ash that was tight and firm. Meanwhile the burn rate and burn temperature were both ideal. 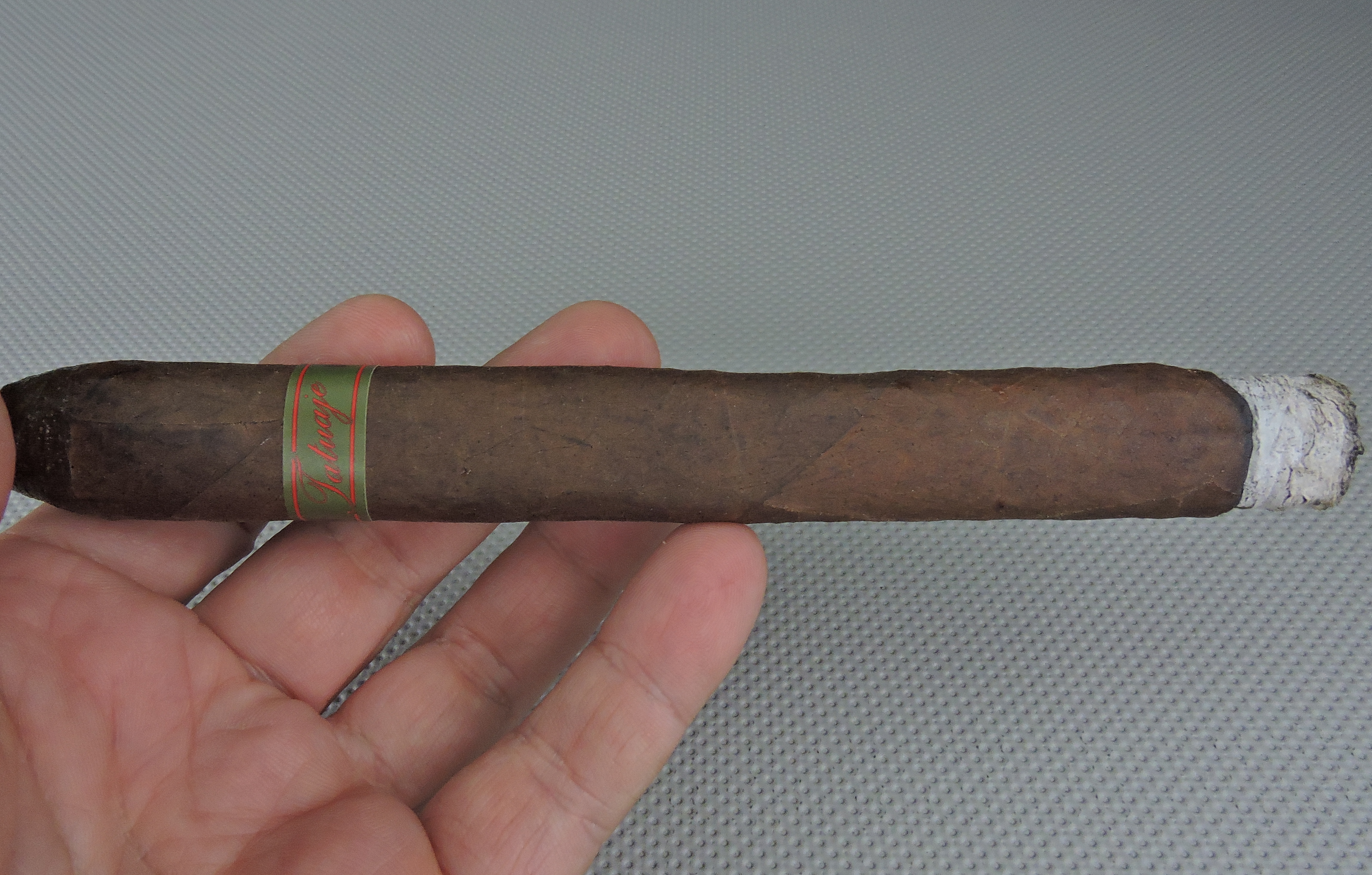 Burn of Tatuaje The Krueger

The draw also scored nicely. This box-press vitola had the right amount of resistance. It was not too open, nor too tight. Overall, I found this a very easy cigar to derive flavor from.

In terms of the flavors delivered from The Krueger, I found they started out medium to full-bodied. While there was a slight increase in body along the way, I pretty much found the flavors to stay in the medium to full range for the duration of the smoking experience.

The Krueger made its debut back in October, 2016. I’ve smoked several of them over the past six months – and I can definitely attest this is a cigar that is improving with time. The one negative I have on this cigar is the last third was on the harsh side. I’m not sure why I got this harshness as the burn and combustion of this cigar were excellent. At the same time, the other two thirds of this cigar were excellent in the flavor department. Whether more age will quell some of the harshness, I cannot predict.

This is still a cigar I would recommend to a more seasoned cigar enthusiast. As for myself, this is a cigar I’d smoke again – and it’s worthy of picking up a five pack.