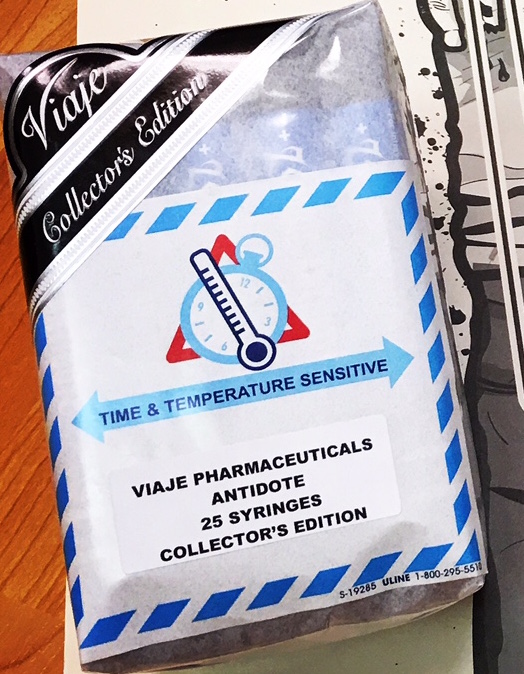 The Viaje Zombie Antidote is back for, but this time with a twist. Viaje Cigars will release a new size of the Zombie Antidote measuring 6 1/4 x 50 that will feature a rounded head and a torpedo foot. The cigar is also the latest installment in Viaje’s Collector’s Edition series.

This Viaje Zombie Antidote 2017 Collector’s Edition is being packaged in 25 count soft bundles. While the prescription jars we have seen the Antidote packaged in over the past 3 years do not appear to be back for 2017, the bundles resemble the packaging for a syringe.

The Collector’s Edition series was introduced in 2012 and provides a special cigar size for those who like to “collect” Viaje cigars. The Collector’s Edition releases have been “one and done” – meaning once the cigars are gone, they are gone. The Viaje Zombie Antidote 2017 is the sixth installment in the series which includes:

Farkas has explained there is a theme with these Zombie releases. The story goes that Viaje WMD (Weapon Mass Destruction) explodes. Because of radiation from the explosion, people end up mutating into “Zombies“.  The Zombie Super Shot helps arm people for what Farkas calls the “Zombie Apocalypse”.  The only way to cure the Zombies is with the Zombie Antidote.

Blend details have not been disclosed.