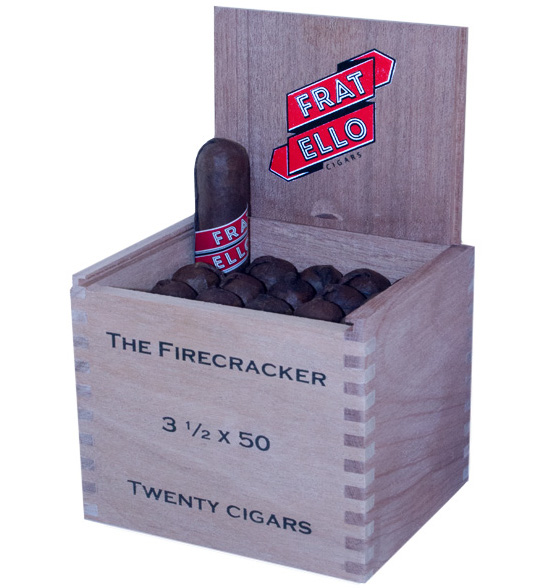 Fratello Cigars is delivering the next installment of Two Guys Smoke Shop’s Firecracker. The New Hampshire-based retailer formally announced the Fratello Firecracker, a 3 1/2 x 50 vitola with a fuse based on the original Fratello blend. The cigar goes on sale June 13, 2017.

The Firecracker Series was launched in 2007 when Don Pepin Garcia created a 3 x 50 vitola with a fuse based on the Don Pepin Original Blue Label. Since then there have been subsequent releases in a similar size by other manufacturers including Tatuaje (M80), Jose Dominguez, La Flor Dominicana, RoMa Craft Tobac (CroMagnon), and now Fratello.

The original Fratello Blend consists of a Nicaraguan Habano wrapper over an Ecuadorian Sumatra binder and Nicaraguan and Peruvian fillers. Fratello Cigars owner Omar de Frias mentioned on the April 1st edition of the Cigar Authority that the blend has been tweaked from the original. The cigar is produced at the Joya de Nicaragua factory in Nicaragua.

This is the second retail exclusive for Fratello Cigars based on the original Fratello blend. In 2015, Fratello Cigar released the Fratello H-Town Lancero to Stogies World Class Cigars in Houston, Texas.