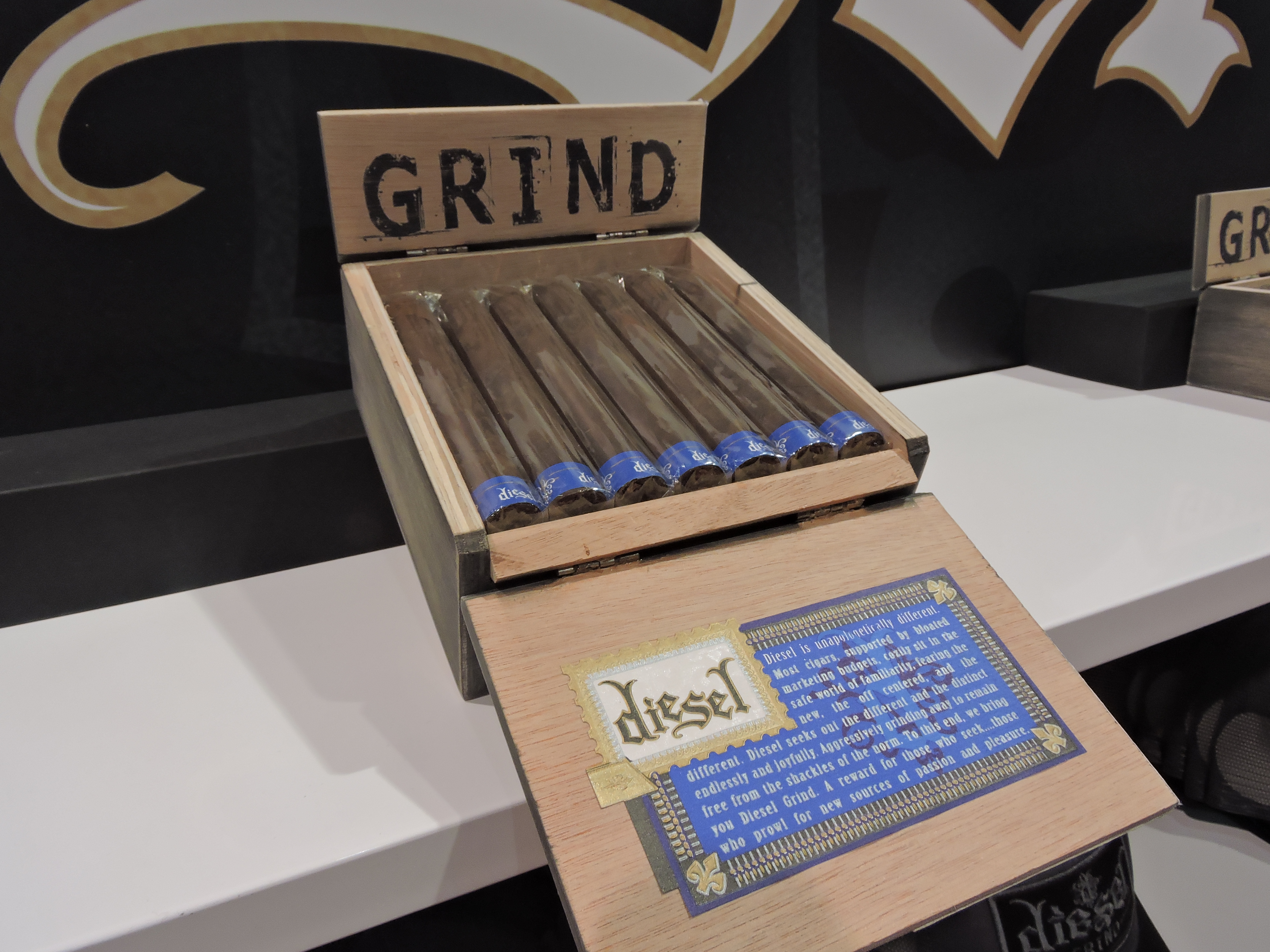 Diesel Grind, a line sold by Cigars International and also distributed by Meier & Dutch is now joining the General Cigar portfolio. The cigar was showcased at this year’s 2017 IPCPR Trade Show.

Diesel is a brand that is made by AJ Fernandez and has been in the Cigars International/Meier & Dutch portfolio for several years. Since both business units are owned by General Cigar’s parent company Scandinavian Tobacco Group, the transition of the Diesel Grind line on the surface was quite easy. As a part of the transition, Diesel Grind will now become a brick and mortar exclusive. 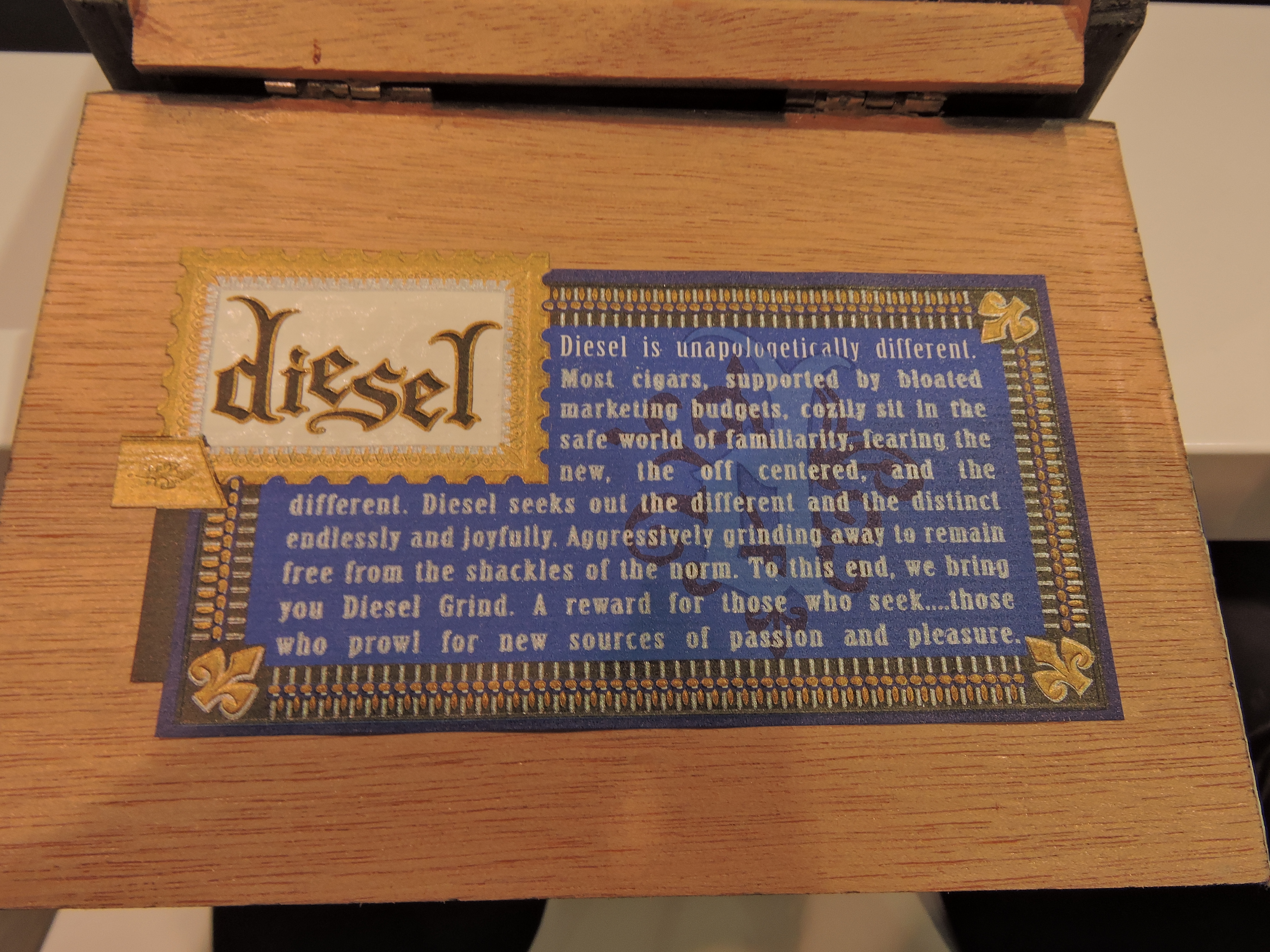 Diesel Grind features a Nicaraguan binder and filler and is wrapped with a Habano leaf. The cigars will be offered in three sizes in 20-count rustic wooden boxes. The cigar is described as a powerful, but smooth smoke. The cigar is positioned as a value-priced cigar priced from $5.99 to $6.99.

At a glance, here is a look at Diesel Grind: