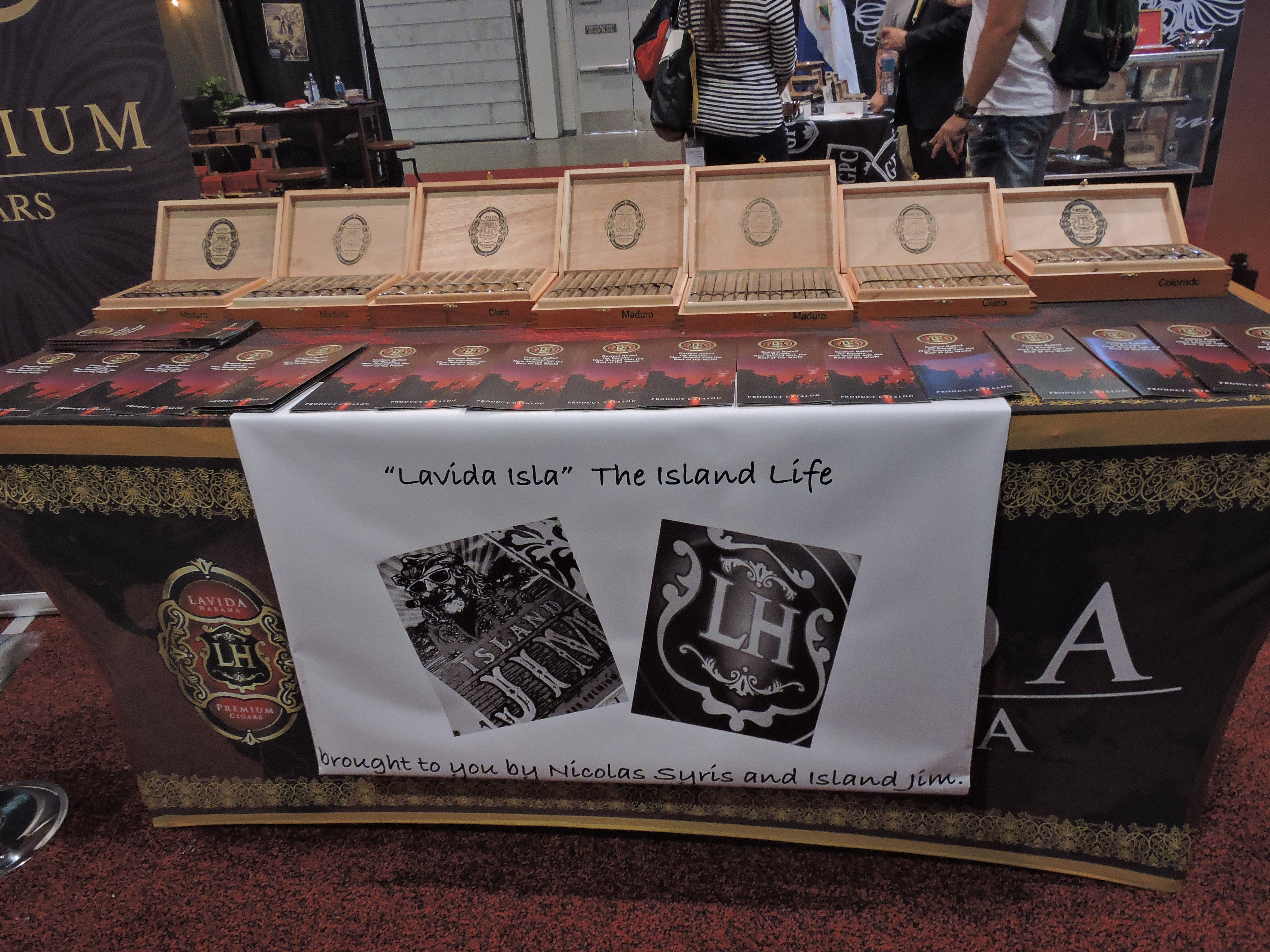 LH (Lavida Habana) Cigars is a brand founded by Nick Syris and Omar Nasr. The brand originally started selling cigars at lounges in the Middle East and grew in popularity. In 2014, LH Cigars set its sights on the U.S. market working with the Tabacos de Costa Rica to produce a line of cigars for the American market. For the past three years, Syris has been the face of LH Cigars and has been present at the IPCPR Trade Show, but 2017 saw some changes come.

The big change was that Syris and LH Cigars were one of several brands at a joint booth with Jim Robinson’s Leaf Cigars and Oscar Valladares Tobacco and Co. Syris would showcase his whole portfolio: LH Claro, LH Colorado, and LH Maduro. 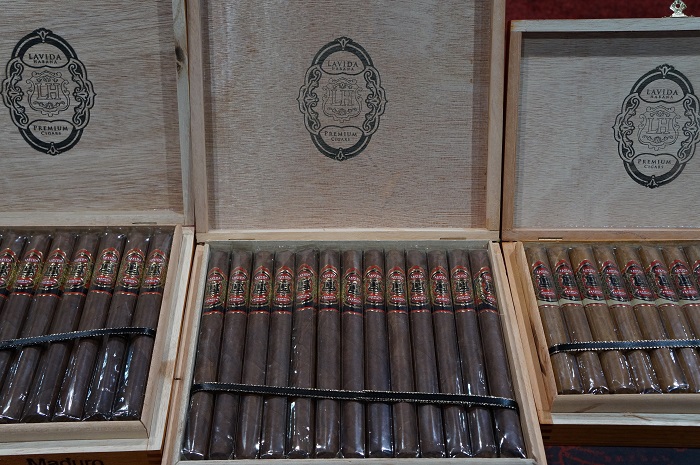 At the same time, there was a new project he was launching called Lavida Isla.

Lavida Isla is the name of a new collaborative project between Syris and Jim Robinson. Syris and Robinson initially became friends while Jim was visiting Cuba. Robinson become a fan of LH Cigars and last year he asked Syris to blend him a cigar he could use for a house blend for his Leaf and Bean retail stores. Syris designed a cigar taking into account Robinson’s personal taste profile. The cigar not only became a house cigar at Leaf and Bean, it also grew to be a personal favorite of Robinson’s. As a result, the duo made the decision to take the brand national at this year’s IPCPR Trade Show. The Lavida Isla is a medium-bodied cigar featuring a dark Ecuadorian wrapper. It is available in one size, a 6 x 54 Toro. The cigar is produced out of Tabacos de Costa Rica in Costa Rica.

The name Lavida Isla means “Island Life” and is a mashup of Nick and Jim’s respective brands and reflects the collaboration between the two. Lavida comes from Nick’s Lavida Habana brand “The Havana Life”. “Isla” is Spanish for Island and represents the “Island Jim” name that Jim has become synonymous with.

Final artwork and packaging is still forthcoming. The project is expected to launch this fall.

Syris discussed the project on the July 8th episode of the Smooth Draws Radio Show.