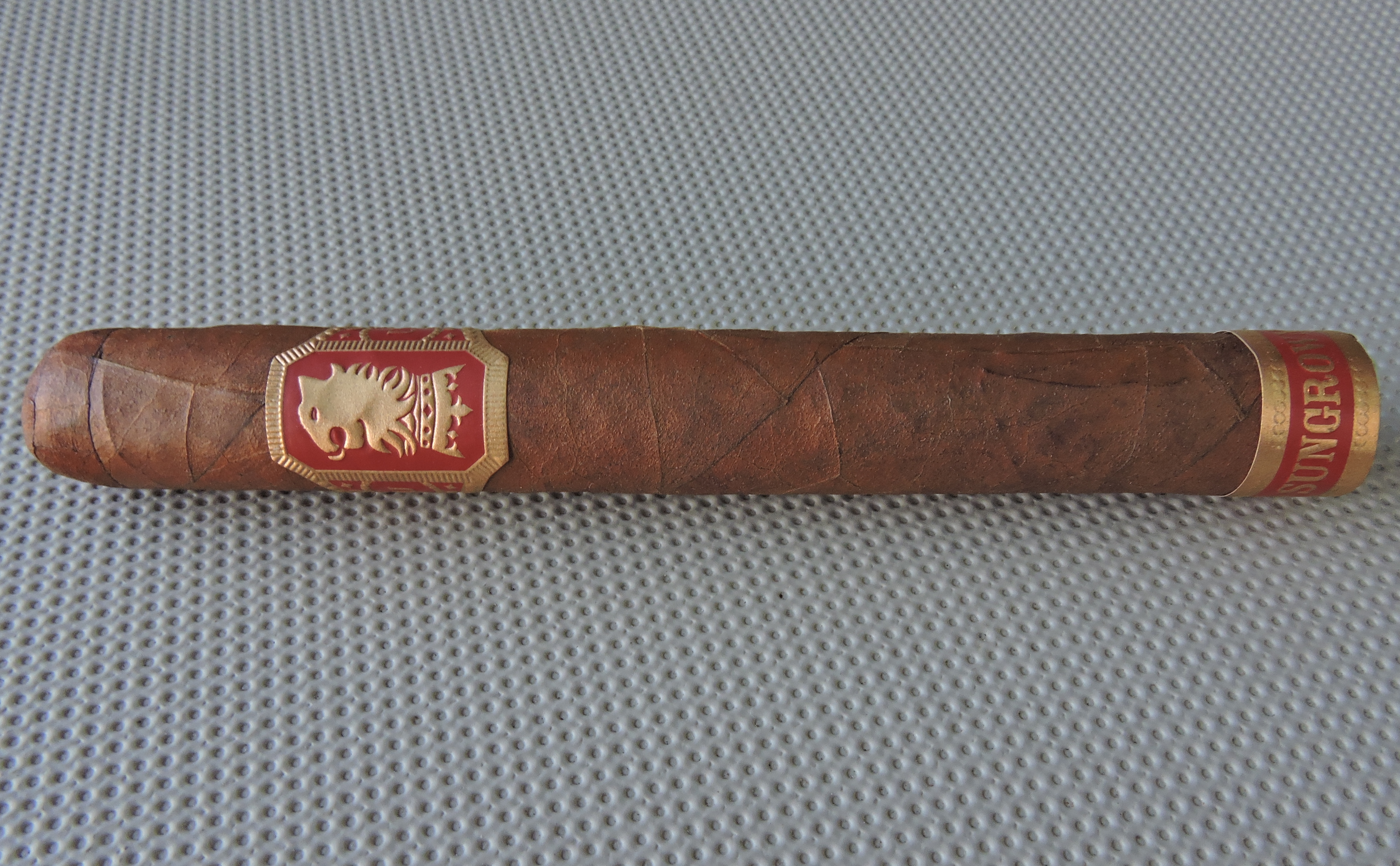 Without further ado, let’s take a look at the Undercrown Sun Grown and see what this cigar brings to the table.

The three Undercrown blends are unique and distinct (namely, they just do not change out the wrapper). In addition to the Sumatra Sun Grown wrapper, the binder uses Drew Estate’s signature U.S. Stalk Cut Habano tobacco and an all-Nicaraguan filler. 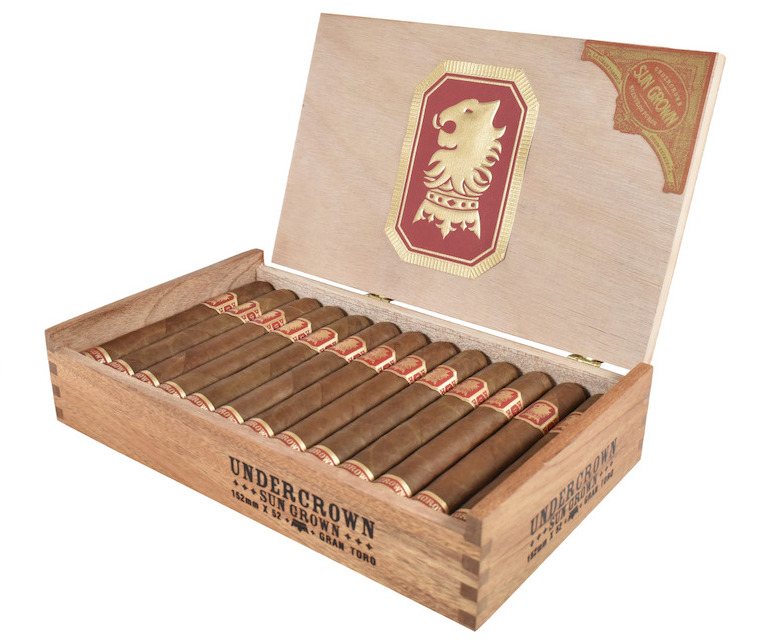 There are seven sizes with the Undercrown Sun Grown. These mirror the seven vitolas released with Undercrown Shade. Each of the sizes is available in 25-count boxes, except for the Flying Pig, which is in 12-count boxes. 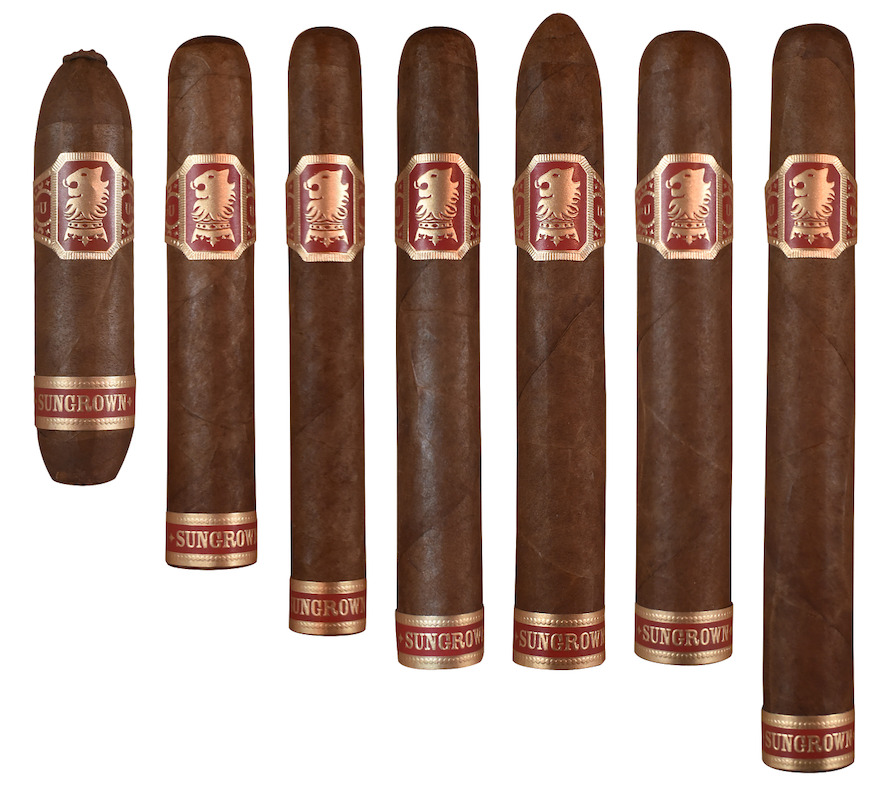 The Ecuadorian Sumatra wrapper of the Undercrown Sun Grown Corona had a classic Colorado color to it. Upon closer examination, there was some darker mottling on the wrapper. There wasn’t much in the way of oil on the surface of the wrapper. While there were some visible veins and visible wrapper seams, this was a wrapper that was on the smooth side.

There is a secondary band on the footer that is red in color with gold trim. Prominent on the band is the text “SUNGROWN” in gold font.

I used a straight cut before lighting up the Undercrown Sun Grown Corona. Once the cap was removed, I proceeded with the pre-light draw. The cold draw delivered a mix of natural tobacco with a mix of fruit sweetness. There were also some notes of earth and a slight tingly spice. Overall, I considered this pre-light draw to be satisfactory. At this point, I removed the footer band of the Undercrown Sun Grown Corona, lit up the foot, and moved into the smoking phase.

The Undercrown Sun Grown Corona started out with notes of natural tobacco sweetness, earth, red pepper. The natural tobacco notes quickly took on more of a black cherry/cream flavor. The earth, wood, and red pepper receded to the background. I also detected a mix of red pepper and wood on the retro-hale.

The black cherry/cream profile of the natural tobacco was the dominant note throughout the first half. During the second third, the woody notes started to increase in intensity. At the same time the natural tobacco slowly shed some of the black cherry/cream qualities. I also detected some black pepper mixed in with the red pepper. This pepper mix also increased in intensity once the Undercrown Sun Grown Corona crossed the midway point. By this point, the woody notes had now taken over as the primary note

The final third of the Undercrown Sun Grown Corona saw the woody notes still in control. The pepper notes were a close second. Meanwhile, the pepper and natural tobacco sweetness was in the more distant background. This is the way the flavor profile of the Undercrown Sun Grown Corona came to a close. The resulting nub was slightly soft to the touch and cool in temperature.

The Undercrown Sun Grown Corona maintained a straight burn path from start to finish. At times the burn line was sharp, and at other times some jaggedness developed on the burn line. This jaggedness was remedied with some touch-ups along the way. The resulting ash was firm with a nearly white color to it. As for the burn rate and burn temperature, both were ideal. 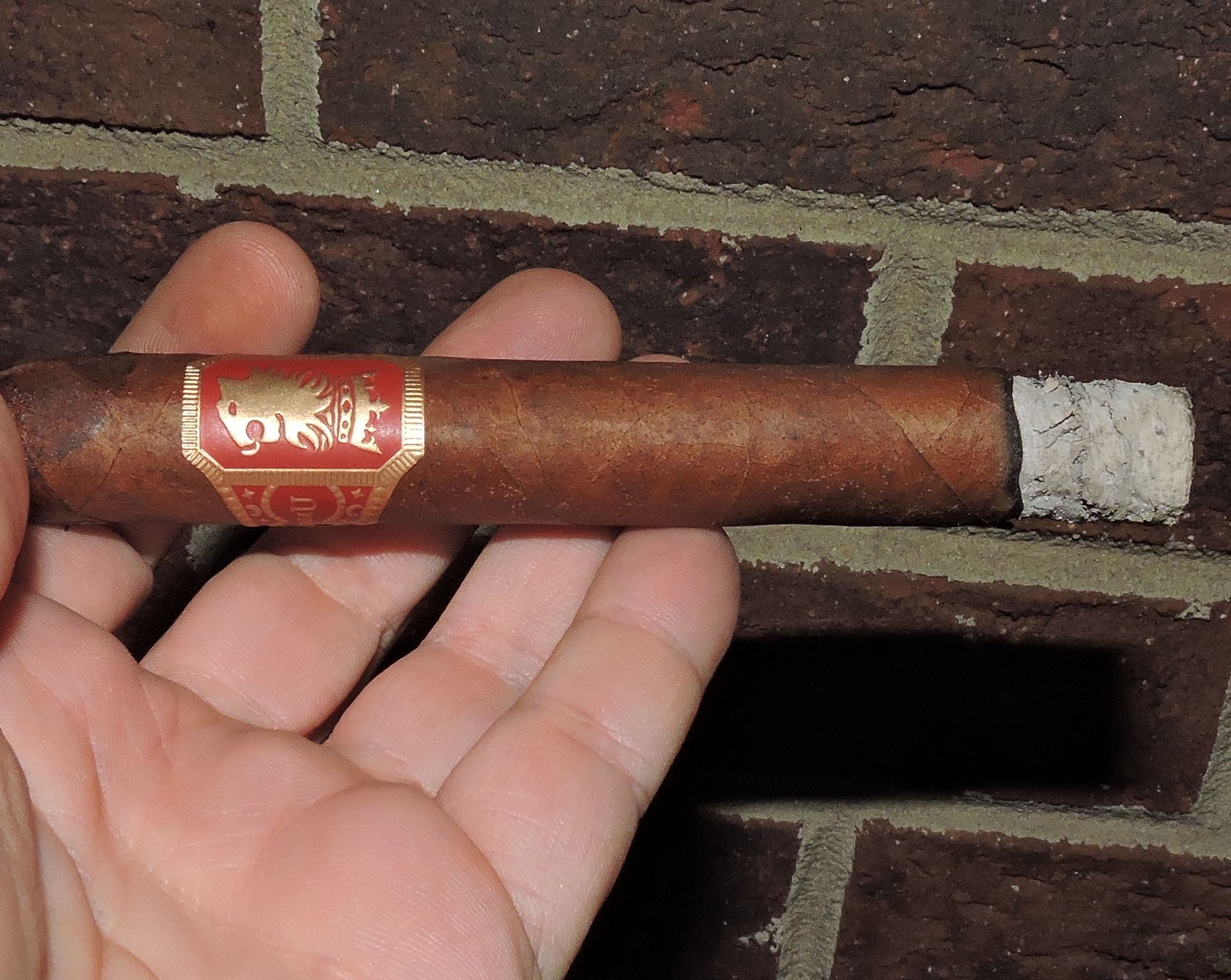 The draw performed quite well. This is what I would describe as an open draw, but it was far from a loose draw. Overall, I found this a low maintenance cigar to derive flavor from.

The Undercrown Sun Grown Corona started out with medium strength and medium body. There was a very gradual increase in the intensity of both attributes, however by the end of the cigar, both attributes still remained in the medium range of the spectrum. In terms of strength versus body, I gave a very slight edge to the body.

I found the Undercrown Sun Grown Corona to be an enjoyable cigar. This Sumatra blend definitely brings a profile that has not been seen in the Drew Estate profile up until this point. I found the blend of the Undercrown Sun Grown worked extremely well in the Corona format. I like how this cigar didn’t go overboard either on sweetness or spice. I did find it was the first third of this cigar where it really shined. This is a cigar that I would recommend to either a novice or experienced cigar enthusiast. As for myself, it’s definitely a cigar I would smoke again and it’s one worth picking up multiple cigars to keep in the humidor.