La Madrina is one of several brands offered by Dapper Cigar Company. Dapper Cigar Company is a brand founded by a cigar enthusiast named Ian Reith. Based out of Fresno, California, Reith’s background is in the Information Technology (IT) space. After falling in love with cigars, Reith set out to learn as much as he could about the industry – and eventually started working on producing his own cigars. He started out with a line called Cubo made at Tabacalera Carreras in Estelí, Nicaragua. Since then, he has added additional lines out of Nicaragua America Cigars SA (NACSA) and has plans to introduce some lines out the La Aurora factory in the Dominican Republic. La Madrina is one of the lines coming out of the NACSA factory and today we take a closer look at the La Madrina Natural blend in the Robusto size.

The theme of La Madrina is the Mexican Day of the Dead celebrations. La Madrina translates to “godmother” and it was a name given to a woman named Yolanda Garfias Woo. Based in San Francisco, Garfias Woo is credited with educating many people in the California about the Day of the Dead celebrations. While Reith wanted to do a Day of the Dead themed cigar, there were a couple of other releases that came out with this theme – most notably Crowned Heads’ Las Calaveras line and Black Label Trading Company’s Santa Muerte line. Reith wanted to make sure his release had its own unique spin, so he worked with his artist in coming up with the brand’s design which features a skeleton hand holding a rose. The idea here was to create an imagery theme that highlighted both life and death.

La Madrina is a line that is available in a Natural blend. There is also a Maduro blend that is expected to go into wider distribution in the near future. Both lines are intended to offer a fuller offering in the Dapper Cigar Company portfolio.

Without further ado, let’s break down the La Madrina Natural Robusto and see what this cigar brings to the table.

La Madrina Natural is available in three sizes – each packaged in 20-count boxes.

The Ecuadorian Sungrown Habano wrapper on the La Madrina Natural Robusto is on the darker side. It has a near chocolate-brown color. The wrapper is on the smooth side with a layer of oil on it. There were some thin visible veins on the one I smoked, but the darker color of the wrapper did a good job at hiding the wrapper seams.

As I do with the majority of cigars I smoke for review, I opted to use a straight cut to commence the cigar experience of the La Madrina Natural Robusto. After the cap of the cigar was removed, I moved on to the pre-light draw. The dry draw delivered a mix of natural tobacco, dusty earth, and a slight cedar note. I found the pre-light draw of this cigar to be satisfactory. At this point, I was ready to light up the La Madrina Robusto and see what the smoking phase of the cigar would have in store.

The La Madrina Natural Robusto started out with a mix of natural tobacco notes and white pepper. Early on, some chocolate malt notes emerged and these quickly moved to the forefront. Simultaneously, the natural tobacco and white pepper receded into the background where these notes were joined by some earthy notes. Meanwhile, there was an additional layer of white pepper on the retro-hale.

The last third saw the natural tobacco and malt remain as the primary notes. The white pepper and earth remained in the background on the tongue. The chocolate component wasn’t totally out of the picture and from time to time, it surfaced in the forefront. This is the way the La Madrina Natural Robusto came to a close. The resulting nub was soft to the touch and cool in temperature.

Burn-wise, the La Madrina Natural Robusto scored quite nicely. This cigar maintained a straight burn line and a straight burn path. I would say the cigar required a normal, but not excessive, amount of touch-ups. I found the cigar also maintained a relatively firm ash with a light gray color. Both the burn rate and burn temperature were ideal. 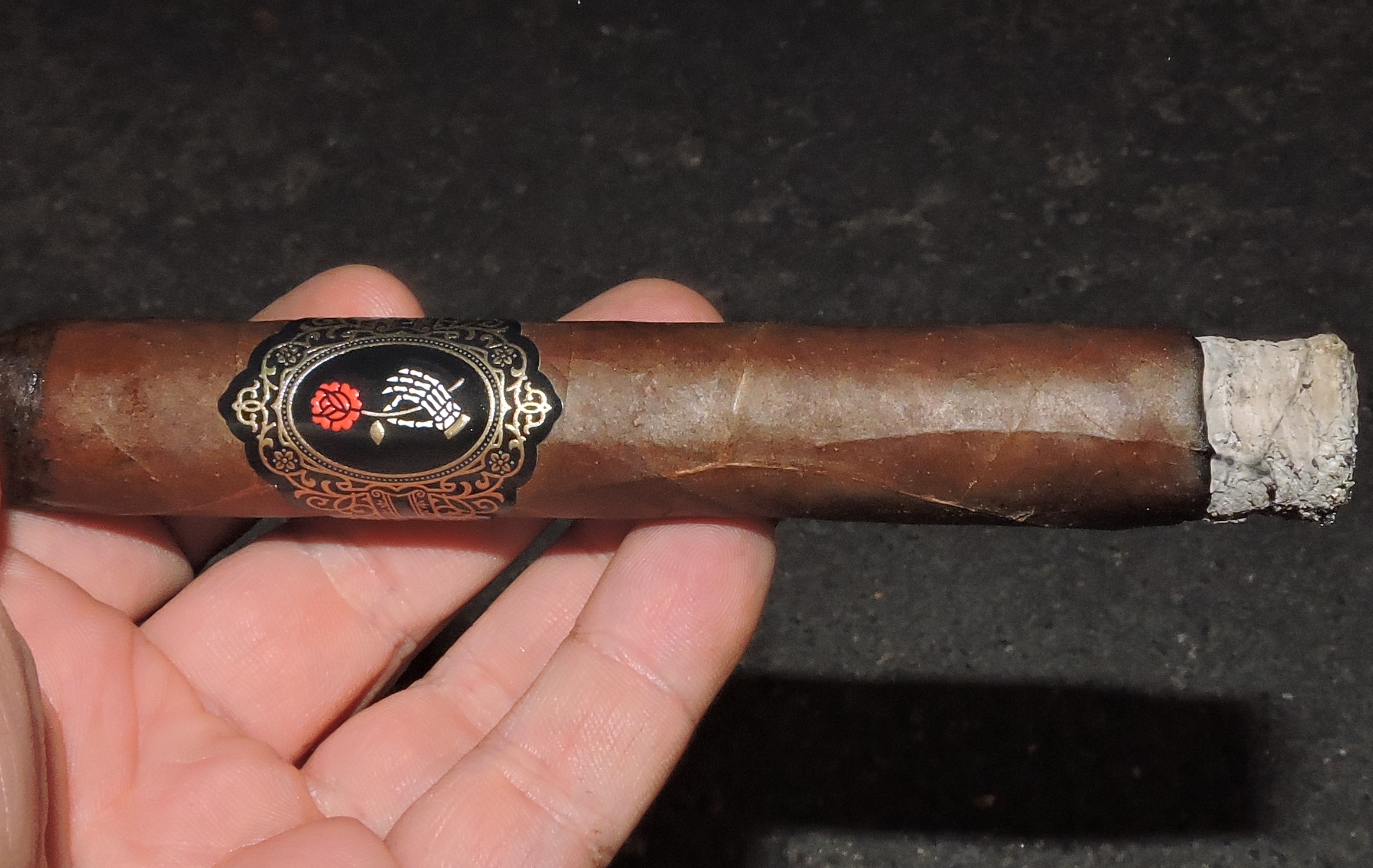 The draw of the La Madrina Natural Robusto also performed quite well. This draw had a touch of resistance – and this was ideal in my book. This was also a cigar that generated a nice level of smoke production.

As mentioned above, La Madrina is positioned as a fuller and bolder offering and that’s exactly what the La Madrina Natural Robusto delivered. The cigar started out medium to full strength. I found there was a gradual increase in strength and by the last third, this cigar had just enough kick to qualify as full strength. Meanwhile, the body also started out medium to full, but increased at a slightly quicker pace. By the second half of the La Madrina Natural Robusto, this cigar was a full-bodied smoke.

If you haven’t had Ian Reith or Dapper Cigar Company on your radar, you need to pay attention. Reith is doing some great work and with the La Madrina Natural Robusto, he comes up big. This is a cigar with big and bold flavors. I found this cigar had enough complexity to keep me interested from start to finish. To me, this wasn’t a cookie-cutter Ecuadorian Habano blend over Nicaraguan tobacco. Because it’s a stronger and fuller cigar, it’s one I would recommend to a more seasoned cigar enthusiast. As for myself, it’s not only one I would smoke again, but it’s one worthy of box purchase consideration.